SHEPHERDSTOWN, WV — Shepherd University’s international affairs department is hosting a talk with Holocaust survivor, Theodora Klayman, on Monday, December 2, at 3 p.m. in the Robert C. Byrd Center for Congressional History and Education auditorium. The event is free and open to the public.

Klayman has appeared on CSPAN, and her story is archived in the United States Holocaust Memorial Museum where she has been a volunteer since 1999. She was born in Zagreb, Yugoslavia on January 31, 1938. In 1941 while her family was visiting relatives in Ludbreg, Croatia, Nazi Germany invaded Yugoslavia. Klayman survived the Holocaust by hiding with relatives and neighbors, but many of her relatives died in concentration camps. 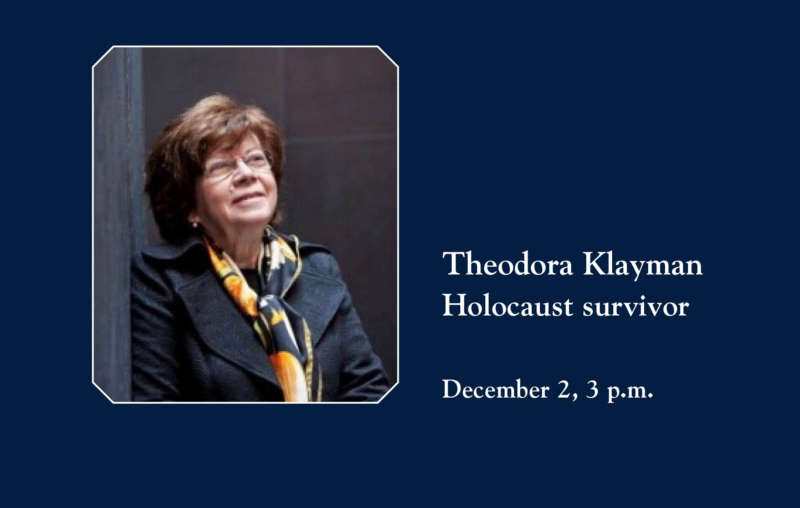