SHEPHERDSTOWN, WV — Shepherd University has expanded its drone fleet and has been using the newest drone to inspect the roofs of buildings on campus. The Institute of Environmental and Physical Sciences purchased a DJI Mavic Pro 2 that cost about $1,300 and a pair of DJI high definition digital video goggles for about $500 with a grant from the Shepherd University Foundation’s Women Investing in Shepherd (WISH).

Shepherd now has three drones—the new Mavic Pro 2, a Phantom 3, and a DJI Matrice 100 unmanned aerial vehicle that was purchased with a $20,000 West Virginia Higher Education Policy Commission Division of Science and Research grant. The two older drones are used for science mapping and to collect data that students can analyze. The new drone can be used in areas such as producing aerial marketing videos or doing insurance inspections.

“This is a cinematography drone, so it allows you to do movie-style cinematics with the drone in the air,” said Steven Shaffer, lecturer of environmental studies. “The really special thing is the virtual reality goggles can be used with the drone, so you can look through the drone’s camera.”

“One person is at the controls flying the drone and the other person can look all around and the camera follows the person wearing the goggles,” said Dr. Sytil Murphy, associate professor of physics.

“That’s pretty extraordinary, don’t you think? To be able to get 400 feet up in the air and to hover, look around, and zoom in on stuff,” Shaffer said. “People dream about that.”

Shaffer said there is demand for drone courses and the new drone will help the geomatics program expand its offerings so students can learn how to utilize drones for a variety of jobs. Law enforcement, public safety, the insurance industry, and disaster management are examples of areas that now use drones as tools.

“We’re moving from a hobby to a professional business,” Shaffer said. “The FAA is changing the relationship that the national air traffic system has with drones and making it a much more formal relationship, so the demand for pilots is going to grow as those responsibilities grow. That requires a disciplined approach to learning how to fly it, learning how to control it, and being able to interact with other aircraft.”

Shepherd’s Facilities Management department recently used the new drone to inspect the roofs of several buildings on campus. Jim King, director of facilities, and Dustin Robbins, environmental health and safety coordinator, donned the virtual reality goggles as Shaffer and Murphy guided the drone over the roofs of Knutti, Turner, and Kenamond halls. King and Robbins were able to visually inspect the condition of the roof and gutters on the three buildings while the camera on the drone shot video.

King said his department is preparing documents to support renovations and upgrades to Knutti’s roof and drainage system. It’s a job that would previously have required renting a lift and having a person go up on the roof to inspect it.

“The drone technology is a tremendous advantage and the fact that we have Steven and Sytil on campus means if by chance we miss something, we can fly over again,” King said. “The fact that I can direct him (Shaffer) and he can fly over spots that we need to inspect is really beneficial.”

“It’s a lot more efficient process,” Robbins said. “We’re looking at three roofs today in about an hour. It might take half a day for a contractor or in-house employee to get on those roofs and walk around.”

Starting in the spring, Shepherd will offer a new class, Introduction to Unmanned Aerial Vehicles, that will teach everything students need to prepare for the Federal Aviation Administration Part 107 Aeronautical Knowledge exam that drone pilots are required to pass.

Shepherd is also offering contracts to businesses and members of the community who have a need for drone services. For more information, contact Shaffer at sshaffer@shepherd.edu or 703-598-8512. 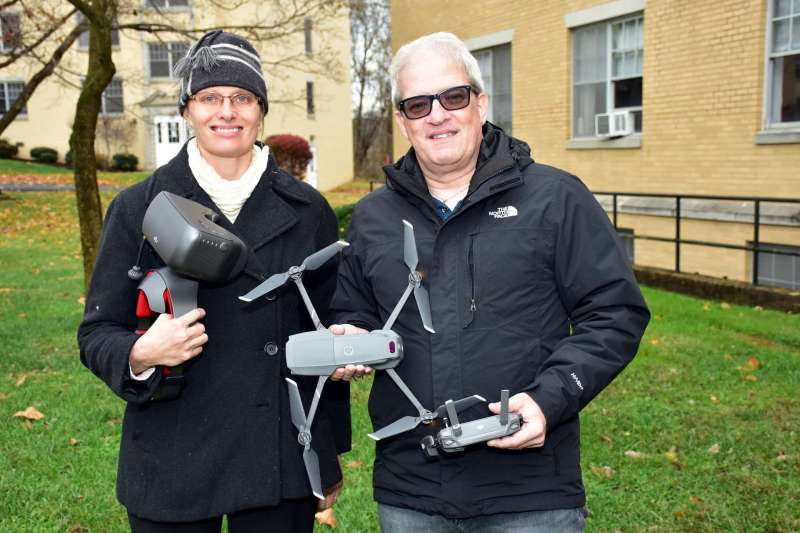 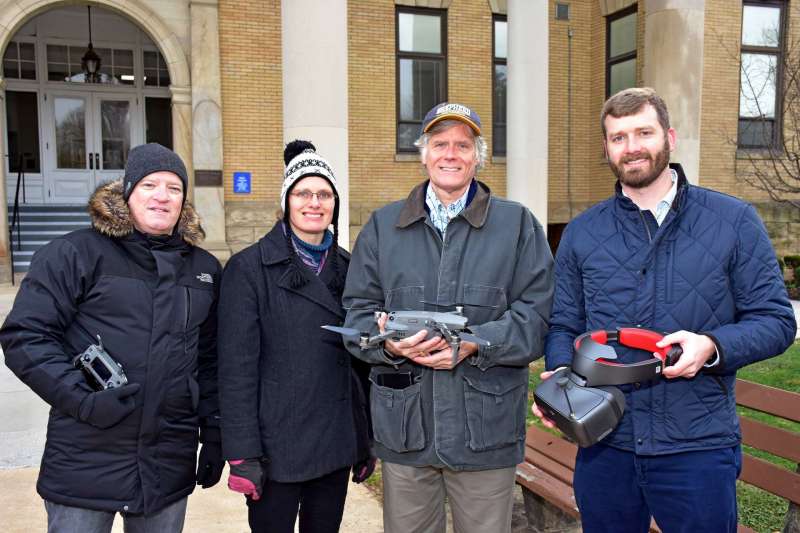 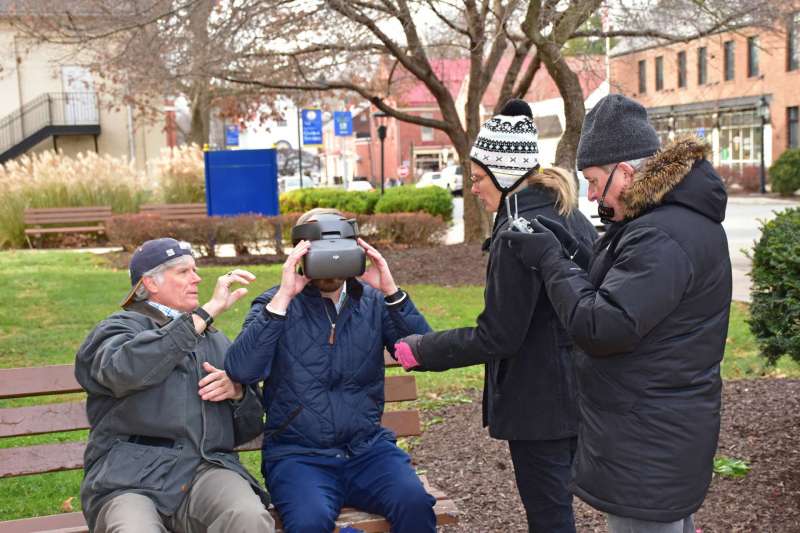 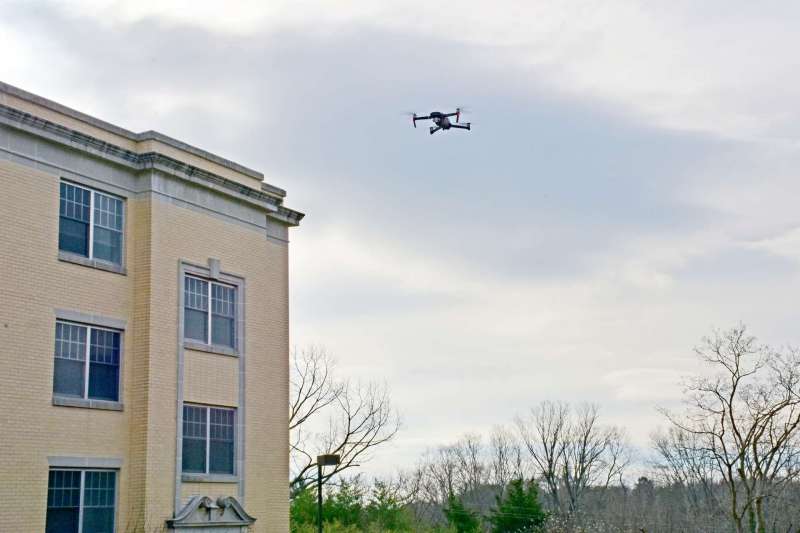