SHEPHERDSTOWN, WV — Dr. Chiquita Howard-Bostic, Shepherd University’s 2015 Outstanding Teacher, is featured on this year’s READ poster, which was unveiled September 11 during the annual Breakfast on the Porch sponsored by the Scarborough Library.

The photograph on the poster shows Howard-Bostic holding her favorite book in front of the newly-installed, circular metal and stacked stone sculpture by Harold “Skip” Van Houten that stands in front of Shaw Hall on West Campus Drive. Howard-Bostic said the book, “The Consequences of Modernity” by Anthony Giddens, explores how transformations of institutions such as the economic, political, education, and religious systems influence social organization and life.

“His work is contemporary and eye-opening in the way that it provokes conversation about modernity and social change,” Howard-Bostic said. “As major institutional transformations occur, society should be prepared to experience radical change. ‘The Consequences of Modernity’ offers an amazing context for teaching about multiculturalism, difference, and power over time.”

Howard-Bostic said she read the book for the first time as an undergraduate student. She recalls thinking critically about symbols, abstract systems, and social order from a sociological perspective. Howard-Bostic said through Giddens’ work she engaged in high-level theorizing and arguments about modernity that were grounded in empirical research. She believes the book is a great read for students who are interested in studying shifts in inequality and power.

Howard-Bostic hopes being featured on the poster at Shepherd with “The Consequences of Modernity” will encourage everyone to think critically about the impacts of institutional changes and our ability to remain or become socially mobile. Howard-Bostic, who is an assistant professor of sociology and chair of the Department of Sociology and Geography, said one of her goals is to inspire others to embrace multiculturalism and to think critically about ways that our choices impact the world.

Howard-Bostic is the 10th person featured on the poster, which will hang in the library along with those from previous years. The outstanding teacher award is given to a Shepherd faculty member who shows a willingness to explore new teaching and learning initiatives, enjoys strong student support, and embodies excellence in all aspects of the profession. The Scarborough Library started the READ poster series in 2011 and the program at Shepherd is modeled on the American Library Association’s Celebrity READ Posters in which famous people pose with their favorite book to encourage reading. 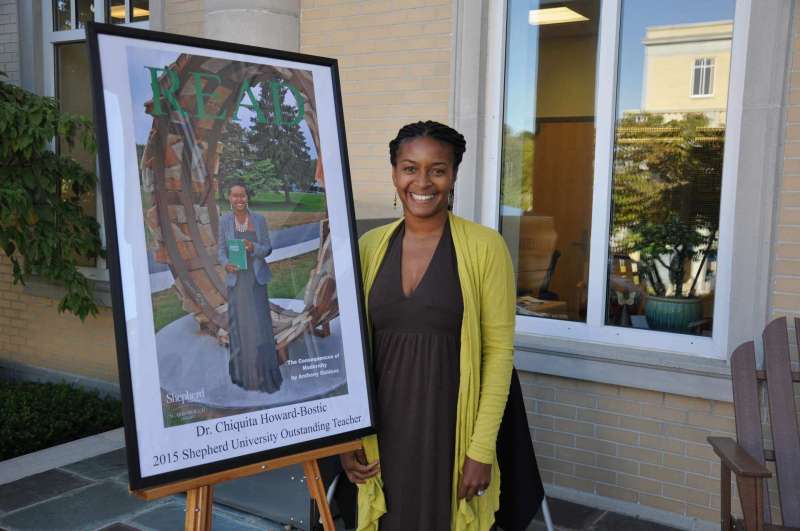 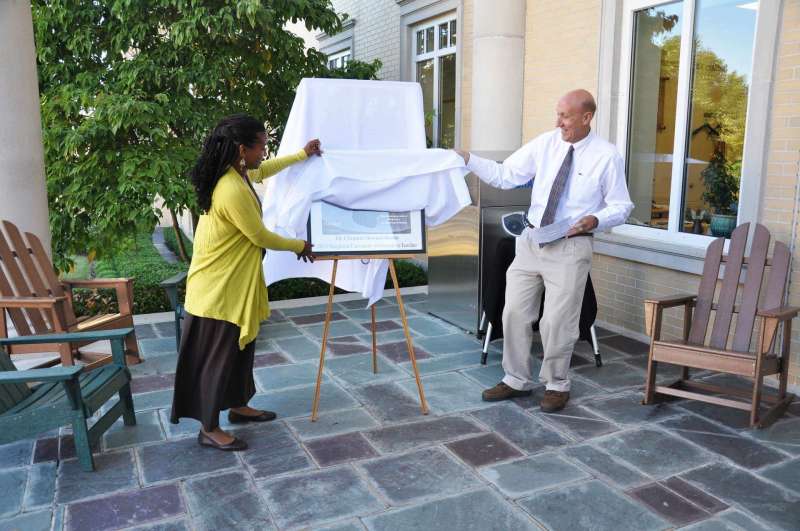 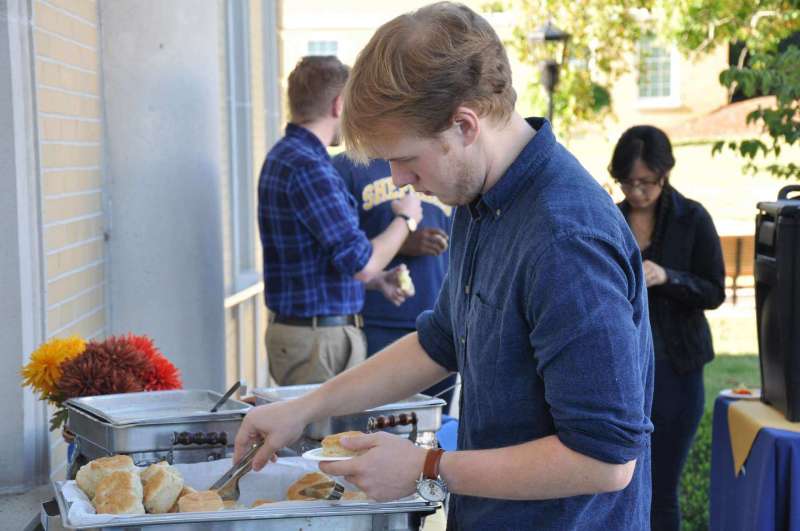