SHEPHERDSTOWN, WV — Visitors to Shepherdstown December 4-7 will be able to step back in time to 1864 and get a feel for what the holidays were like during the Civil War. Shepherd University’s George Tyler Moore Center for the Study of the Civil War, the Shepherd University Foundation, and the Department of History are working with organizers of the annual Christmas in Shepherdstown to help bring a historical flair to the annual event.

A Civil War Christmas in Shepherdstown will include scholarly lectures, Union and Confederate encampments, children’s activities, a musical event, and living history demonstrations. The George Tyler Moore Center will also be open to the public.

“This will be a unique joining of a scholarly colloquium and living history in the streets,” said event coordinator and May 2014 graduate Marianne Davis. “So we will be involving the whole town, not just Shepherd University, but also restaurateurs, merchants, and students in recreating 1864 on German Street.

“It is a way for the university and town to sort of shake hands and celebrate together,” Davis added.

About 15 students in the Introduction to Public History class taught by Dr. Julia Sandy-Bailey, assistant professor of history, are helping organize the event and will serve as living history interpreters.

“So we will have students who will be costumed interpreters walking in the streets, talking to people, and answering questions,” Sandy-Bailey said. “We will have students who will be giving tours of the George Tyler Moore Center for the Study of the Civil War. Students and former students will be setting up both northern and southern Civil War encampments and will give demonstrations of mid-19th century toys.”

Among the costumed characters that visitors will meet are a nurse, housewives raising families and running businesses without their husbands, and working men of the time. Sandy-Bailey said participating in an event like this allows students in the public history and historic preservation concentration to gain historical knowledge and the skills to work as professional historians.

History majors Michael Galloway and Kayla Piechowiak are two of the students who are volunteering that weekend. Piechowiak as a costumed interpreter will give tours of the George Tyler Moore Center at 136 West German St.

“I hope to work in public history someday, so the experience of learning to do research and work an event is fantastic,” she said.

“The reason I am volunteering to help is to help give a perspective of Christmas in a difficult time in this nation’s history, and how it was celebrated despite the extreme conditions,” he said. “I also feel this event is a great opportunity for students such as myself to put together an event with the town and to possibly establish a long lasting tradition that can aid in the education of future students.”

As part of the public history course, each student will also research some aspect of the Civil War and write a paper that will be available in the Civil War center.

Two encampments will also be set up. Union soldiers be in front of McMurran Hall and Confederate soldiers will camp on the grounds of Trinity Episcopal Church. Visitors can watch the set up of the Union camp starting at 4 p.m. on Friday afternoon

All events are free and open to the public. Restaurants throughout town that display the logo for A Civil War Christmas, a blue and gray bell linked together, will offer menu items from the Civil War era. The George Tyler Moore Center will sell Christmas tree ornaments and 19th-century toys. For more information, call the event coordinator Marianne Davis at 203-273-7053.

Listen to the interview with Dr. Julia Sandy-Bailey and Marianne Davis HERE. 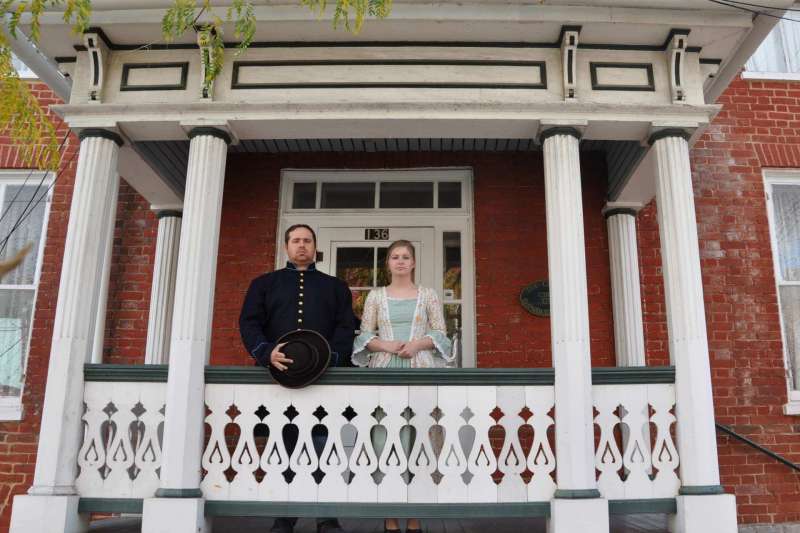 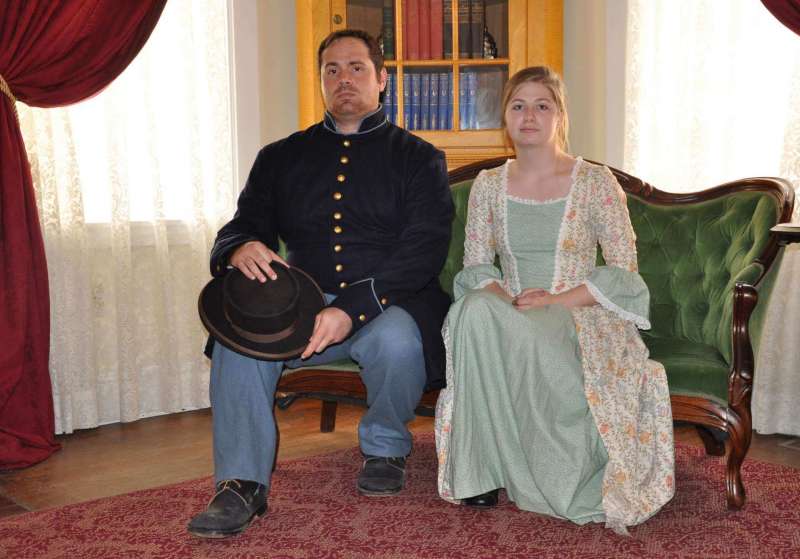 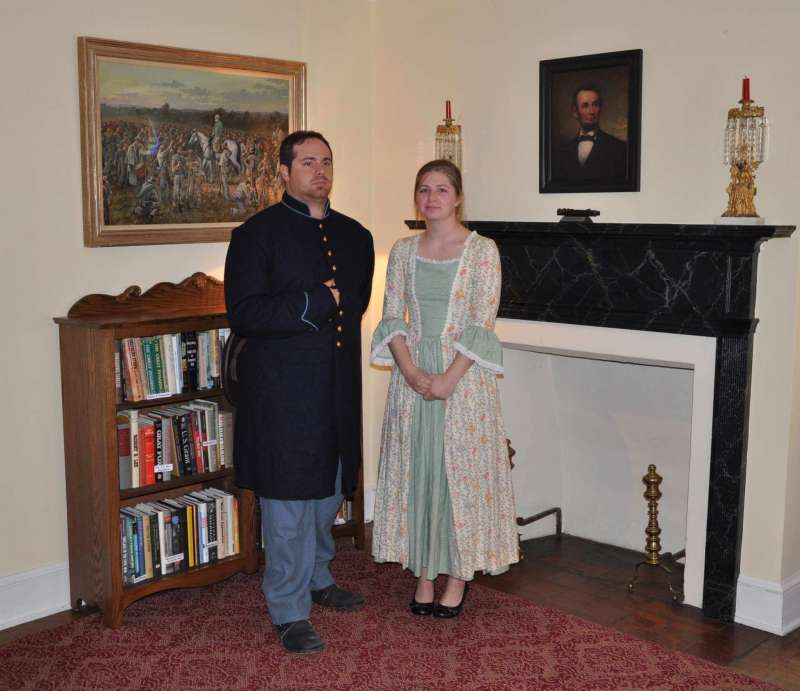