SHEPHERDSTOWN, WV — Thanks to efforts by two Shepherd alumni with long careers as public historians, three Shepherd University students were able to spend the summer working as paid interns through a new partnership with Antietam National Battlefield and Harpers Ferry National Historical Park.

The internship positions are available to Shepherd history majors who have demonstrated academic excellence, engage in applied history, and enjoy working with the public. Interns are selected through a written application and interview process. Dr. James Broomall, assistant professor of history at Shepherd and director of the George Tyler Moore Center for the Study of the Civil War, said this new partnership recognizes the impact of giving Shepherd students work experience before they enter a competitive job market.

“It is one of the programs that makes Shepherd incredibly unique and demonstrates institutional excellence,” Broomall said.

Galloway spent time at Antietam giving orientation talks, interacting with visitors, working at the desk in the visitors center, and directing people around the park. Snyder said one goal is to give interns the broadest possible experience.

“That’s real life in the Park Service,” Snyder said. “You’re going to have to pitch in in many different ways across the spectrum of work, so we’re trying to create that kind of atmosphere for our interns.”

Galloway’s main job was preparing material for the commemoration of the 150th anniversary of Antietam National Cemetery, which will take place September 17. Galloway has been creating a list of names that will be read during the event and has been doing research on individuals who are buried there, particularly those from the WWII and Korean War eras.

“It’s a wonderful opportunity,” said Galloway. “I not only get to study the Civil War, which has been a lifelong passion, but also various other American conflicts. I’ve broadened my horizons. To be involved with the 150th anniversary of the dedication of that cemetery and with the honored dead who lay in there is a once-in-a-lifetime opportunity.”

Snyder said this is the first year the battlefield has had funding to support a paid internship.

“It’s been incredibly successful,” Snyder said. “We hope to continue it for years to come.”

Meanwhile, Solomonik and Hughes spent 16 weeks of their summer at Harpers Ferry working in the living history branch of the Division of Interpretation.

“We provided first-and third-person interpretation to visitors,” Hughes said. “First person is coming from the viewpoint of the person behind the story. Third person is when you’re standing back and telling the story from a different point of view. We essentially staffed exhibits and gave personalized tours.”

There are several themes highlighted at Harpers Ferry, including Civil War to Civil Rights, John Brown’s raid, nature, early industry, and Lewis and Clark. Solomonik said he was surprised to learn the park focuses on so many different topics.

“We have multiple themes where many other parks just have one,” Solomonik said. “I would say the biggest challenge is trying to take in all the information we’re taught over the short amount of time and then telling it to the visitors.”

Frye said offering the internship program provides a way for him to give back to students at Shepherd and other colleges and universities throughout the nation.

About 200 students apply every year for about 20 internships at Harpers Ferry. Frye has set aside at least two slots exclusively for Shepherd students, who are hired through a competitive process.

“I think that Josh and Mike represent the absolute best of Shepherd students,” Frye said. “They’ve performed magnificently well here this summer. I certainly would not hesitate to recommend them to any national park service peers for possible employment as they pursue their future careers.”

Snyder said student interns bring interpretive and research talent that the park might not otherwise be able to tap.

“In addition, it’s a chance for them to take their book learning and put it into application, put it into a real-world scenario,” Snyder said. “It also gives Antietam a chance to do some projects we might not be able to do otherwise.”

“We are at a crossroads of history here,” Broomall added. “So we take every opportunity available to us to make sure our students are immersed in that environment and working with some of the best public historians, literally, in the country.” 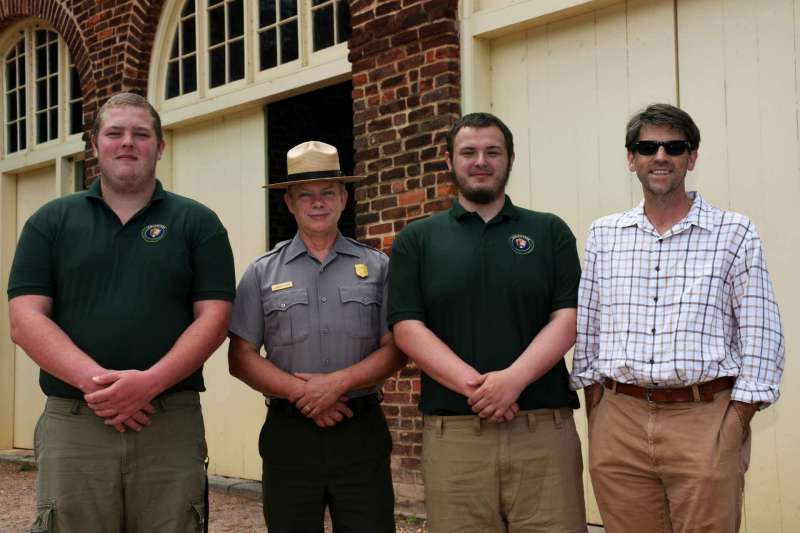 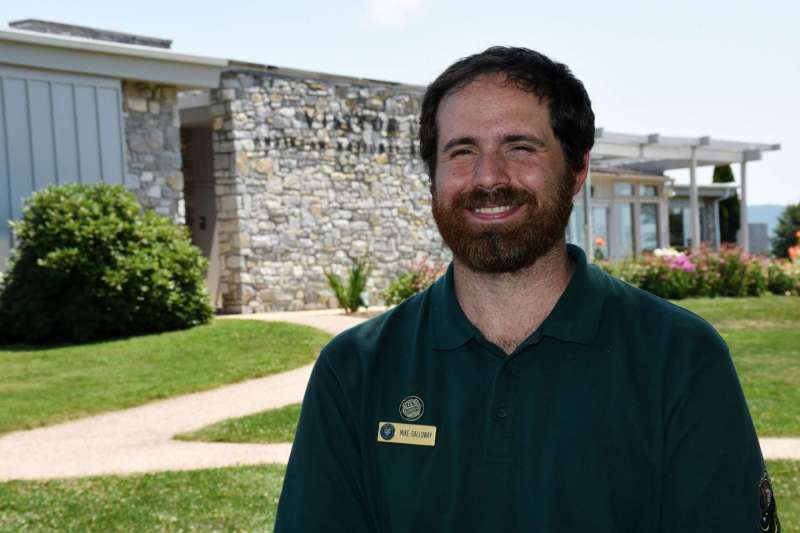 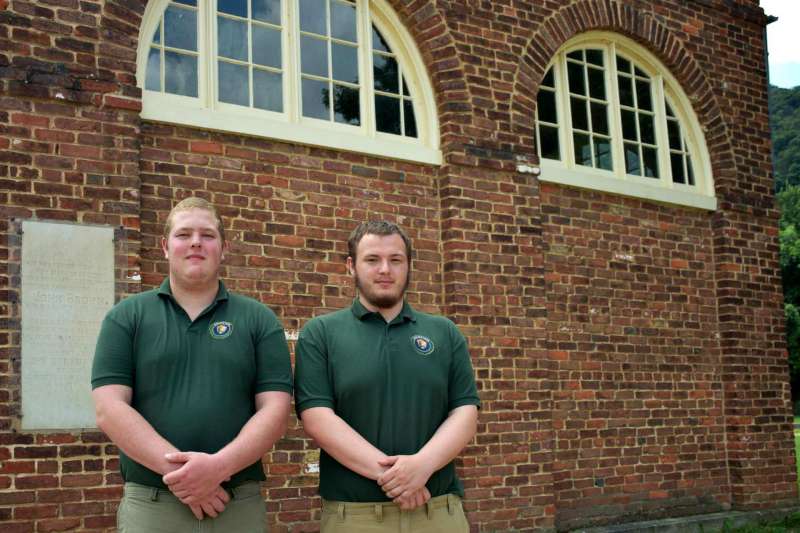 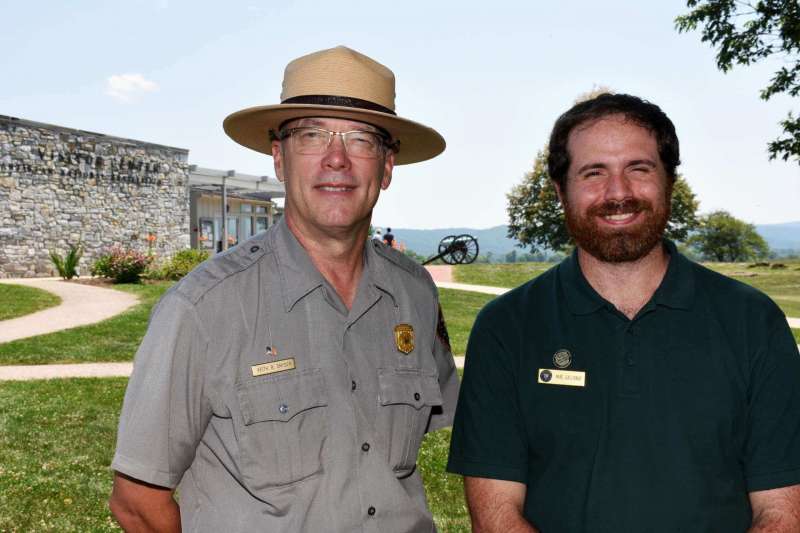