SHEPHERDSTOWN, WV — Shepherdstown will step back in time during the second annual A Civil War Christmas in Shepherdstown organized by the Shepherd University Department of History, the George Tyler Moore Center for the Study of the Civil War, and Shepherdstown Visitors Center. The event, which is free and open to the public, will take place December 3-5.

A Civil War Christmas in Shepherdstown aims to give students practical experience interpreting history and to give the public the opportunity to learn what the holidays were like both in Shepherdstown and beyond during the war. Dr. Julia Sandy, associate professor of history, said 18 students in her Introduction to Public History class and members of the history honor society will conduct walking tours of the town and give tours of the Conrad Shindler House, which houses the George Tyler Moore Center.

Sandy said the students will also demonstrate 19th-century toys, convey what childhood was like during that time, and reenact how citizens in the town would have celebrated the holidays.

“They are creating a living history reenactment of a party in Shepherdstown including a shadow play that uses Henry Wadsworth Longfellow’s poem ‘Christmas Bells,’ which was written toward the end of the war. It was kind of a pacifist poem,” Sandy said. “They’re using that poem in their shadow play and are acting out different scenes from Shepherdstown during the Civil War.”

A shadow play tells a story by using cut out puppet figures that a puppeteer holds between a light and a translucent screen. Sandy said participating in an event like this gives the students good experience.

This year the C&O Canal National Historic Park will participate by offering a program at Ferry Hill that will include the shadow play and an opportunity for children to make Christmas tree ornaments.

“The ornaments will be traditional German straw ornaments, which would have been used at the time,” said Marianne Davis, co-director, Shepherdstown Visitors Center.

Davis said Union troops will occupy the town, and refugees will be encamped on the grounds of McMurran Hall.

“These are people visitors can talk to who will give them a different perspective on the conflict,” Davis said. “There were a lot of people who were displaced by the conflict. Also certainly late in the war there were stragglers just trying to get by. Many of these people would raid houses and take everything they could. There were women who were alone and particularly vulnerable. So in this case we’re going to have some women and children who are seeking shelter from the storm, as it were.”

Also new this year, the George Tyler Moore Civil War center will host the Shepherdstown Living History Association, which will construct a winter quarters in the backyard. Dr. Jim Broomall, center director, said members of the association plan to put finishing touches on the shelter on Friday afternoon.

“This is what a soldier’s home probably looked like between the months of November and March every year of the war,” Broomall said. “These conditions were adequate certainly, but they were spartan, they were uncomfortable, and it’s very much going to show what the soldiers’ Christmas looked like.”

Broomall said on one hand soldiers took great pride in the winter shelters they constructed, but on the other hand they endured a great deal of misery because of the less than ideal conditions in those structures.

In addition to hands-on activities and historic tours, A Civil War Christmas in Shepherdstown will offer four scholarly events that will cover topics such as how the war was represented and portrayed throughout the Shenandoah Valley, depression among soldiers who were away from their families during the holiday season, African American history, and the formation of West Virginia during the war. Broomall said one goal of the program is to explore the civilian experience, the military experience, and how race relations impacted events.

“I think these elements can’t be separated from one another when you’re talking about the Civil War,” Broomall said. “It’s not primarily a military event. It’s also an event about emancipation, about freedom, about refugees, about suffering, and about civilian populations. So those things need to be entwined.”

The schedule for Civil War Christmas in Shepherdstown is:

7 p.m.—Lecture “To Remind Me of Old Times: Reflections on Christmas in the Shenandoah Valley during the Civil War” by Jonathan Noyalas, assistant professor of history and director of the Center for Civil War History at Lord Fairfax Community College, Shepherdstown Presbyterian Church.

11 a.m.—Shepherdstown Parade. Troops, townspeople, and volunteers will walk in the parade, German Street.

Noon-4 p.m.—Guided tours of the George Tyler Moore Center for the Study of the Civil War.

Noon-4 p.m.—Walking tours of Shepherdstown will begin on each half hour and will include historic sites and the Union and refugee encampments, Entler Hotel. 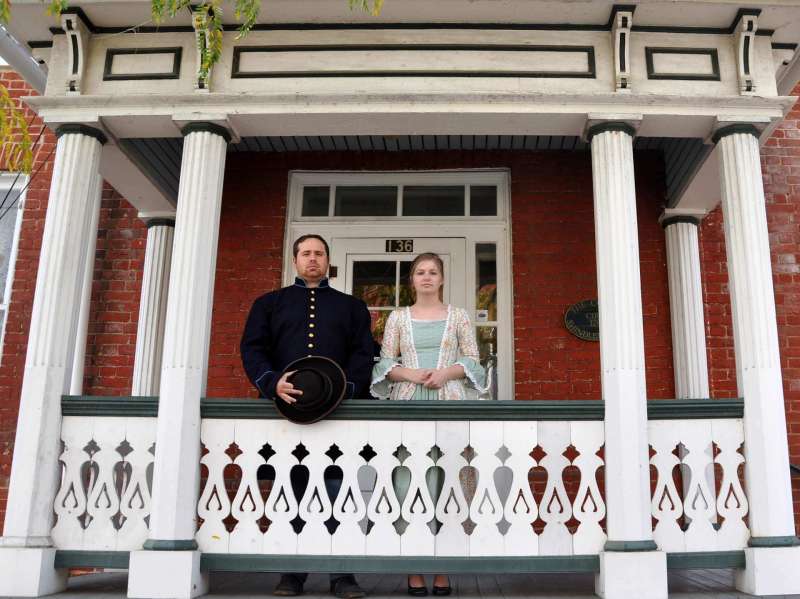 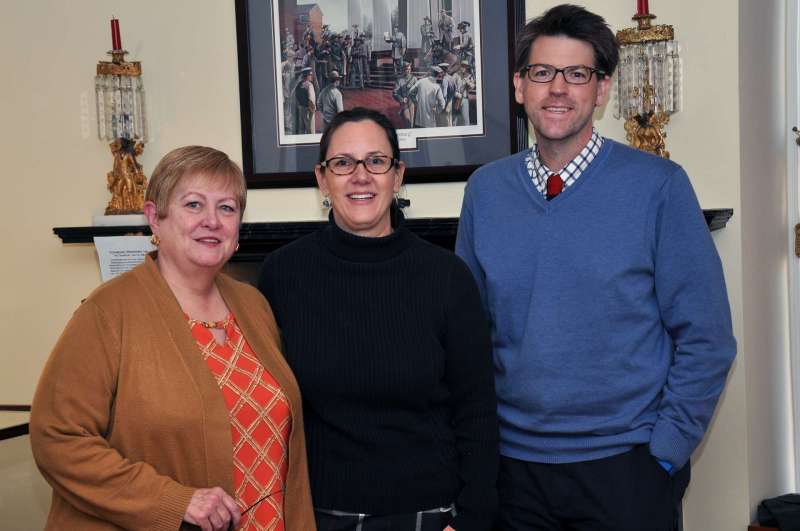