SHEPHERDSTOWN, WV — The historic Swearingen family cemetery located at the U.S. Fish and Wildlife Service National Conservation Training Center received a little TLC this past semester from students in a Shepherd University historic preservation class. The class, which is taught by Dr. Keith Alexander, assistant professor of history, spent time locating old gravestones, cleaning them, and documenting the site.

“It’s a great service learning project where my students had a chance to get hands-on experience,” Alexander said. “They’re applying the concepts that we talk about in class while also benefiting the community and preserving the historical record.”

The cemetery at one time was part of Shepherd President Mary J.C. Hendrix’s property, Springwood Farm. Col. Van Swearingen, who built the oldest section of Hendrix’s house, owned the land in the 1750s. The graves in the cemetery date to the early 1800s.

“We appreciate the excellent work of Shepherd students, under the expert guidance of one of the country’s most distinguished preservationists, to restore a historical site of reverence with special meaning to our family,” Hendrix said. “We are grateful for their help and dedication.”

The students began by documenting the cemetery, which is surrounded by a partially fallen stack stone wall. They noted significant objects, and measured their size and mapped their locations. They gently stuck a fiberglass probe into the ground to search for buried stones and the bases for broken head and footstones. They also cleaned the stones with water, a little dishwashing soap, and a soft brush. Once the stones were clean, the students were able to transcribe what’s engraved on them. That can include names, birth and death dates, and biblical passages.

“It’s neat to see the letters come to life as the students clean them,” Alexander said. “We cleaned a stone one day that was virtually illegible and by the time we were done the text just popped out and it happened to be the wife of the most prominent Swearingen buried there.”

“There are so many stories waiting to be discovered in cemeteries like these,” noted Alexander. “These stones commemorating deaths tell us a lot about what people valued in life.”

Alexander said the students are learning many valuable skills in the course, including how to apply U.S. Department of the Interior standards for restoring historic structures.

“The same fundamental principles apply to gravestones as to historic buildings,” Alexander said. “Document your work at every step of the way. Do no harm to the object. Make sure your work is reversible. Students get to see how these ideas play out in the field thanks to this project.”

“This class has taught me a lot of techniques for historic preservation,” said Delaney Conner, a Hagerstown, Maryland, history major who would like to eventually work for the National Park Service. “It’s a little morbid, but it’s also really important. I’m having a good time uncovering things and being able to let someone else know who is buried here.”

“This is my first project in any kind of preservation, so it’s been fun for me,” Riley said. “It’s interesting to see how young these people were when they died and who was married to whom. It kind of brings the past to life for me.”

“I think it’s really important and I think any amount of history needs to be preserved just because it tells us about our past,” Gregory said. “This gives you respect for what has actually happened.”

Alexander said West Virginia literally has thousands of cemeteries throughout the state, many of which are located on old homesteads like Springwood Farm.

“A lot of them have been overgrown and forgotten about,” he said. “One of the great things is, we’re literally restoring this one and we’re going to make sure it stays around for a long time.” 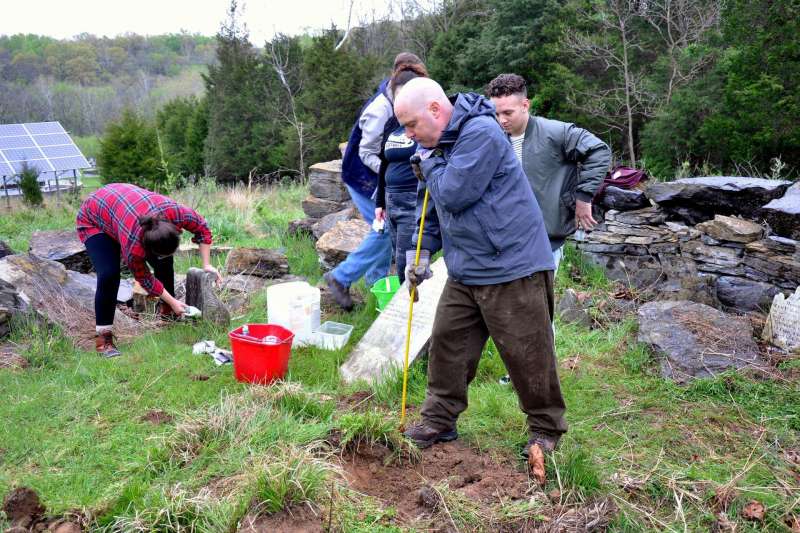 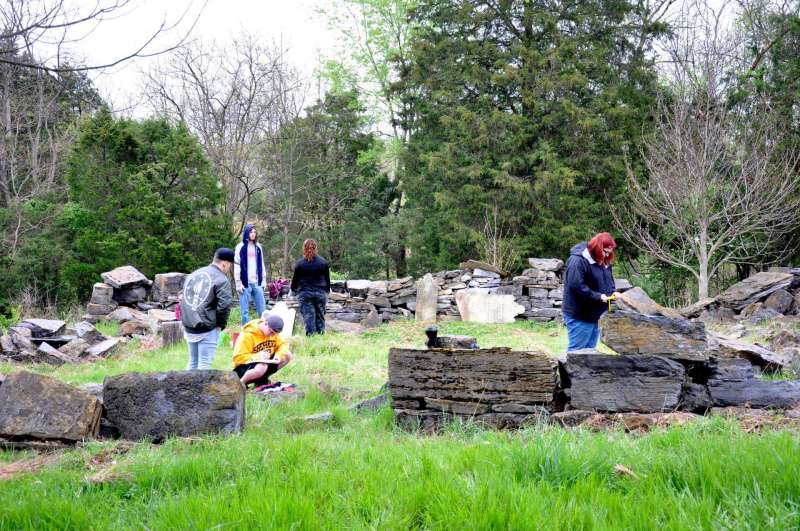 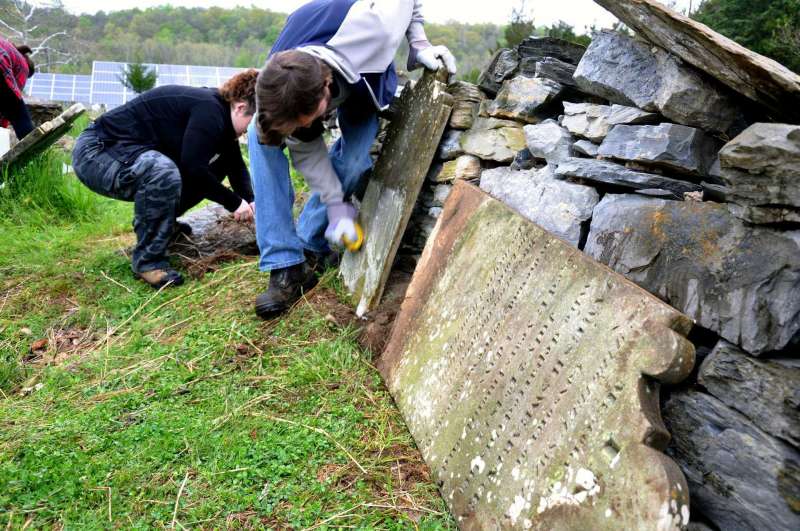