SHEPHERDSTOWN, WV — An upcoming lecture at Shepherd University will delve into how Nobel Prize-winning 20th century economist James McGill Buchanan has impacted current political decisions. Nancy MacLean, author of the book “Democracy in Chains: The Deep History of the Radical Right’s Stealth Plan for America,” will speak on Sunday, December 17, at 4 p.m. in Reynolds Hall.

MacLean’s presentation, titled “The Origins of Today’s Radical Right and the Crisis of Our Democracy,” and her book are based on documents she came across while conducting research on Buchanan that shows he played a crucial role in influencing the approach used by the Koch brothers—Charles and David—as they have spent their fortune promoting conservative political causes such as libertarianism, capitalism, and the privatization of government services and public schools. MacLean’s book was one of five titles on this year’s shortlist for the National Book Award nonfiction prize and is described on Amazon as “a chilling story of right-wing academics and big money run amok.”

MacLean is the William H. Chafe Professor of History and Public Policy at Duke University. Her research has focused on 20th century class, gender, race, labor history, and social movements, particularly in the South. She is an award-winning author of “Behind the Mask of Chivalry: The Making of the Second Ku Klux Klan” and “Freedom is Not Enough: The Opening of the American Workplace,” which was called by the Chicago Tribune “contemporary history at its best.” Her articles and review essays have appeared in American Quarterly, the Boston Review, Feminist Studies, Gender & History, In These Times, International Labor and Working Class History, Labor, Labor History, Journal of American History, Journal of Women’s History, Law and History Review, The Nation, the OAH Magazine of History, and in many edited collections.

MacLean’s appearance is being organized by Allan Balliett, a local organic farming advocate, through his not-for-profit initiative The Biodynamics Now! Investigative Farming and Restorative Nutrition Podcast.

“Back in June, just as the book was published, I heard Nancy speak about the scheme of billionaires to permanently protect their wealth from the majority,” Balliett said. “For the first time I felt like I was gaining an understanding of what the current administration was up to. I reached out to Nancy to appear on my program. I didn’t know at the time that she has a soft spot for local farmers but that’s why she accepted my invitation. After interviewing her, I realized how well her message would be received by the progressive Shepherdstown community and reached out to her again with an invitation to speak here and she graciously accepted.”

Other sponsors include Shepherd’s Lifelong Learning Program, the Robert C. Byrd Center for Congressional History and Education, and the Eastern Panhandle WV Democratic Socialists of America. Shepherd’s Department of Political Science and Global Studies, Department of History, and Department of Economics are also supporting the lecture. Four Seasons Books is stocking “Democracy in Chains” and will have copies of MacLean’s books available for sale at the event for a post lecture book signing.

The event is free and open to the public with tickets available through an EventBrite link at Balliett’s Biodynamics Now! Podcast webpage www.bdnow.org. For more information, contact Karen Rice, director of Lifelong Learning, at 304-876-5135 or krice@shepherd.edu. 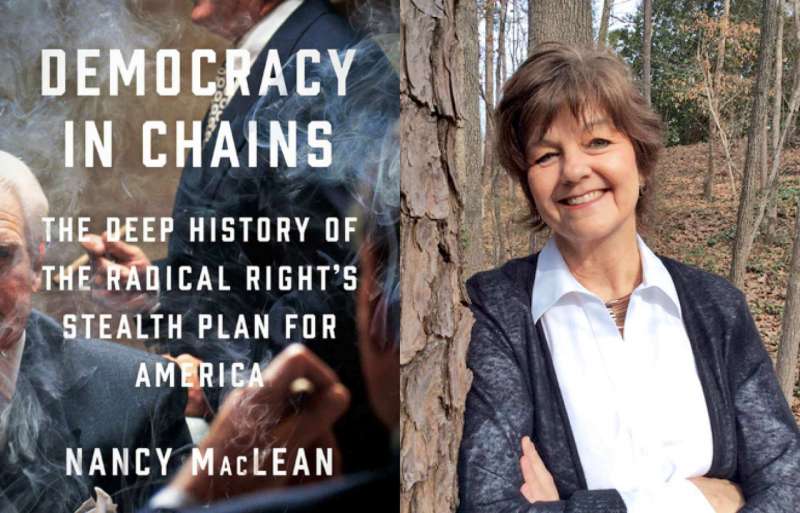 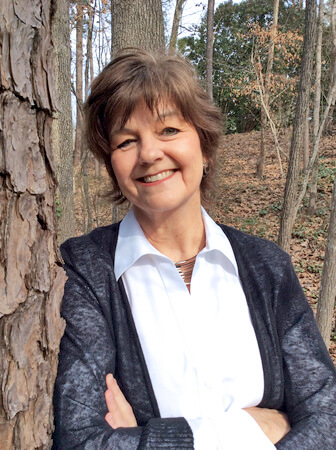 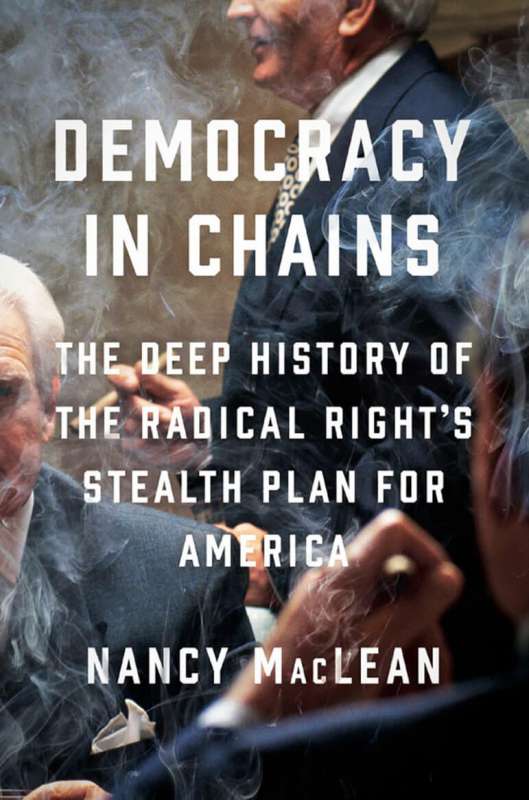