The grant is named in honor of Walter Regula (1914-1975), a Marshall University math education professor who also served as president of the council. The $600 award is given annually to an outstanding college or university student who is training to become a mathematics teacher and who has intentions of teaching in West Virginia.

Hercules has wanted to be a teacher for as long as she can remember. Her interest in math grew in eighth grade when she participated in Berkeley County Math Field Day.

“Without any practice or preparation, I scored one point away from advancing to the West Virginia State Math Field Day,” Hercules said on her grant application. “For some people, this does not seem like something to be proud of. But it was enough to convince me that my calling was in math.”

“The way those teachers impacted me made me want to impact others, so I felt called to do math,” she said.

Hercules tutors at Shepherd and spent part of her summer working with students in the Jefferson County summer school program. She hopes to teach in either Jefferson or Berkeley County after she graduates in 2018.

“I’m going to college in West Virginia so I’m hoping to be able to teach in West Virginia,” Hercules said. “I’ve put a lot of work into not only my education but returning that back to the state that I’ve lived in my entire life.”

Mathematics is a discipline that’s traditionally been dominated by men, but that’s not stopped Hercules from excelling at it.

“I’m excited to break the status quo and go out into the world and be a light for other women and show they can do whatever they set their minds to,” Hercules said. “It doesn’t matter what gender you are because if you put your heart into it you can do whatever you want.”

Hercules’s grant application contained two glowing recommendations from educators who have worked with her.

Dr. Karen Adams, assistant professor of mathematics at Shepherd, said in her letter, “In my opinion, future teachers need three fundamental skills to be successful: they must know their content field thoroughly, they must know and understand the best pedagogical methods for teaching that content field, and they must like working with youth. Laurie possesses the rare combination of an abundance of all three.”

Alexander White, coordinator of at-risk educational programs and summer school principal for Jefferson County schools, supervised Hercules in the summer of 2016 when she tutored high-need students.

“She did a very thorough job in providing remedial math instruction and, as a result, was able to get students to pass,” White said in his letter of recommendation. “It is without doubt that Ms. Hercules had a direct impact on our student success rate during the secondary summer school program here in Jefferson County.” 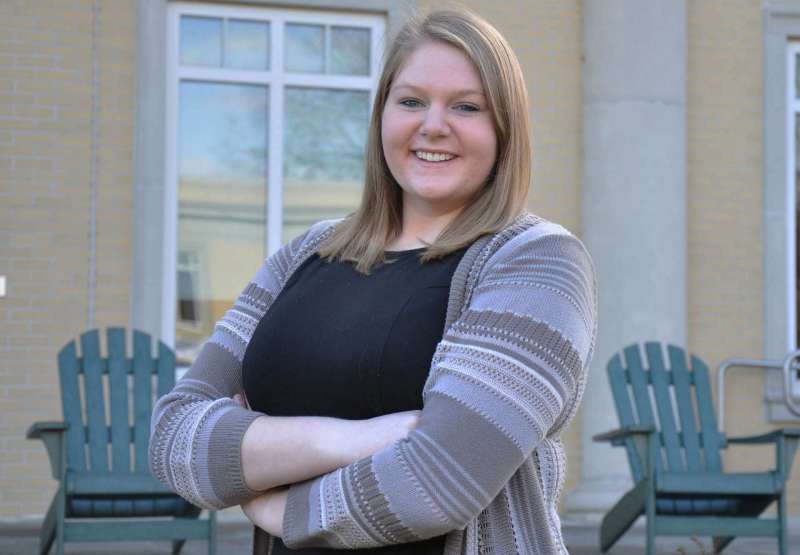