NDRI is a nonprofit organization that provides human tissue to scientists for research. Hendrix is chair of the organization’s board of directors.

The November 18 scientific symposium that preceded the awards dinner included two panel discussions—“Relief: the Role of Human Tissue in Pain Research” and “Impact: Brain Tissue as the Fuel of Scientific Discovery.” Dr. Julian E. Bailes, Jr., former chair of the Department of Neurosurgery at West Virginia University School of Medicine and a leader in the field of neurosurgery, who was portrayed in the film by Alec Baldwin, participated in the panel discussion on using brain tissue in research. Omalu delivered the keynote address at the symposium, discussing the importance of human tissue donation in studying CTE in athletes, military veterans, and others.

Hendrix said each of these individuals and others who participated in the conference play an important role in enhancing the lives of those suffering from CTE by finding ways through research to prevent and treat it. 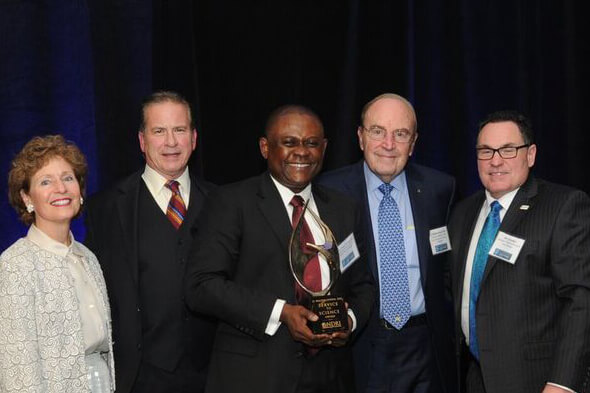