SHEPHERDSTOWN, WV — Shepherd University’s George Tyler Moore Center for the Study of the Civil War (GTMC) will present a free live Facebook discussion titled “Searching for Hayward Shepherd” on Thursday, March 25, at 6:30 p.m. Panelist Dennis Frye, retired chief historian at Harpers Ferry National Historical Park, Jean Libby, author and curator of alliesforfreedom.org, and Jim Surkamp, historian and curator of civilwarscholars.com, will explore who Shepherd was and shed some light on the life he may have led prior to being shot during abolitionist John Brown’s October 16, 1859, raid on Harpers Ferry.

Brown raided the town to capture the United States Armory to use the arms and equipment stored there to incite an uprising against slavery. Under the cover of darkness, the silent approach of Brown’s party aroused little suspicion in the town. Around 1:30 a.m., the arrival of a mail train caused the first small alarm. While Brown’s party moved about town, two of his men were stationed on the Baltimore and Ohio Railroad Bridge that carry the tracks into Maryland to prevent passage.

According to the report of the Select Committee of the United States Senate that investigated the raid, the two men were successful at halting the train. Soon after, railroad porter Hayward Shepherd, in charge of the B&O Station in the absence of the stationmaster, walked out onto the bridge to investigate the whereabouts of a missing watchman. Shepherd stumbled upon Brown’s men on the bridge and was ordered to halt. He turned and as he fled was shot in the back, with the bullet resting near his heart.

Mortally wounded, Shepherd, a free African American, lingered for hours before succumbing to his wounds. He was the first civilian to die in Brown’s raid. Despite Shepherd’s connection with the John Brown raid, his remains rest somewhere in Winchester, Virginia, in an unmarked grave.

For more information about the event, visit the GTMC Facebook page or email Tim Ware, GTMC administrative assistant, at tware04@shepherd.edu. 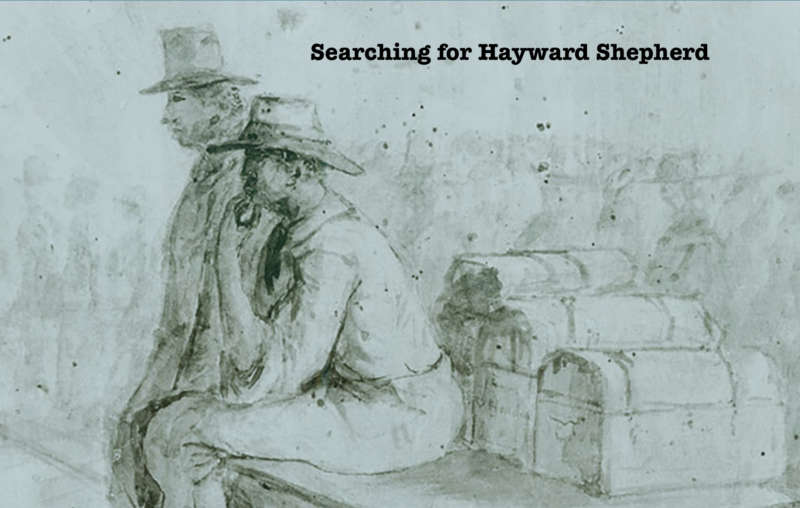