SHEPHERDSTOWN, WV — The next brown bag lunch sponsored by Shepherd University’s George Tyler Moore Center for the Study of the Civil War, “Spring 1865: Behind the Scenes,” with Perry D. Jamieson, senior historian emeritus of the United States Air Force, will take place Tuesday, October 20, with a lecture from noon-1 p.m. at the New Street United Methodist Church, 202 W. New Street, and a book signing from 1-1:30 p.m. at the Civil War center, 136 W. German Street.

Jamieson’s book for the first time juxtaposes these two major campaigns. He also addresses the efforts required to put down armed resistance in the Deep South and the Trans-Mississippi, the political goals both sides fought for after Lee’s surrender, and how they shaped the end of the war and Reconstruction.

Jamieson is also the coauthor of “Attack and Die: Civil War Military Tactics and the Southern Heritage” and the author of “Crossing the Deadly Ground: United States Army Tactics, 1865–1899.” 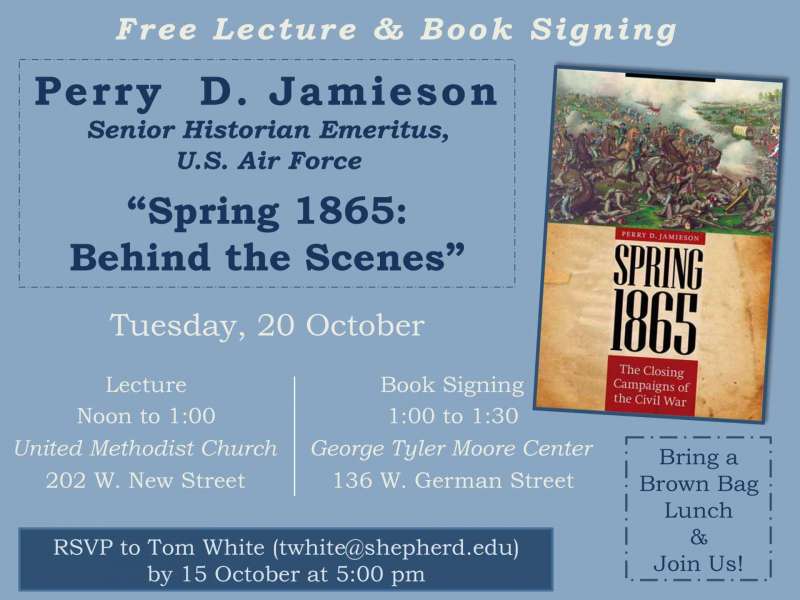