Twenty-nine teams from 20 universities entered the competition, which required them to make a two- or three-minute video and a PowerPoint presentation on some aspect of bullying. The rules said the videos can be serious or humorous in nature. Chea, Dorsey, and Maggio decided to take a more serious approach and to focus on cyber bullying.

“We didn’t want people to miss the message by having a laugh,” Maggio said. “We wanted to present the problem and solution, and tug at people’s emotions.”

The competition case study instructed contestants to create a scenario that takes place at the fictitious Waterville College. In their video, a freshman student who is excited to begin college life and meet new friends finds herself the victim of cyber bullying. Dorsey plays the role of the victim, Maggio is her tormenter, and Chea is the friend who ultimately stands up for Dorsey.

Maggio, who is seen in the video taking photos of Dorsey and posting them with negative comments on social media and putting trash in her backpack, said he felt uncomfortable playing the role of a bully.

“In college we tend to think bullying doesn’t exist because we don’t surround ourselves with those type of people,” he said. “So it was a weird moment for me to realize this is really still happening. Although what I’m doing is fake, this is what people actually do.”

Dorsey said she was actually bullied when she was in fourth grade, so playing the victim in the video brought back some unpleasant memories.

“It does put you in a childlike place where you feel so completely helpless,” she said. “Maybe even more so in college because at least when you’re a child you feel like you can go to your parents or to a teacher. In college you don’t know who you can reach out to.”

Chea said playing the role of the victim’s friend made it seem like it would be easy to stand up and say bullying is wrong, but that’s not always the case.

“In reality it might be a little harder, especially if it’s a stranger who’s being bullied,” Chea said. “You have to be strategic about ways to handle the situations.”

All three pointed out that bullying on college campuses is not as recognized as it is in lower grades, in part because it’s often called something else, like harassment or hazing. They said their research showed online bullying in particular is a problem because the anonymity of the internet allows more freedom to make sexist, racist, and other negative comments about someone.

Dr. Richard Stevens, associate professor and M.A.-CSDA graduate program coordinator, said Chea, Dorsey, and Maggio were able to utilize some of what they’ve learned in the program to create the video.

“We really focus in on multicultural and social justice issues, really looking at how at how we are treating people who are different while recognizing the ramifications of isolation and depression,” Stevens said. “So that can be anything from gender or race issues to sexual orientation or religious differences. Certainly those are occurring all over our campuses.”

Chea, Dorsey, and Maggio said they’re excited about winning second place in the competition, which includes $100 for each, of them, and they hope people who see the video realize bullying is a college problem that everyone can do something about.

The video can be viewed online at www.youtube.com/watch?v=GCMSR6jKwLQ&feature=youtu.be

Listen to the interview with Hathiya Chea, Tim Maggio, and Ashley Dorsey HERE. 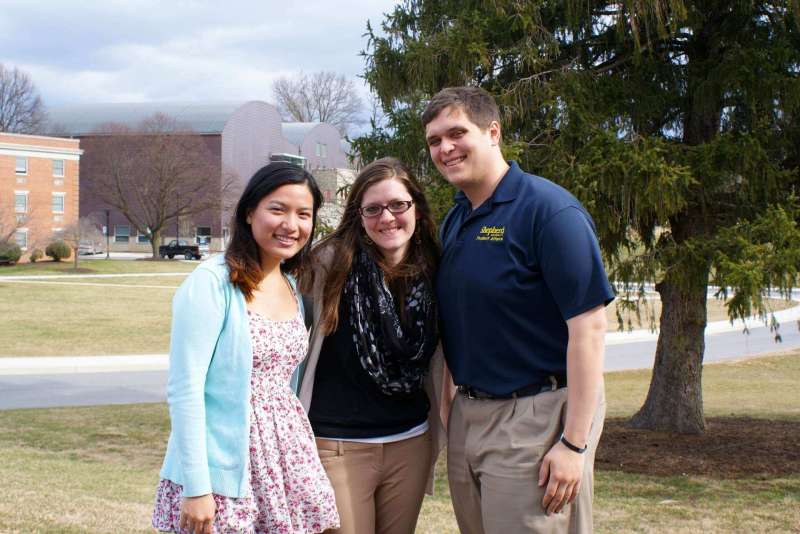