SHEPHERDSTOWN, WV — A Shepherd University assistant biology professor is a coauthor of an article that was published in the journal Science. Dr. Jonathan Gilkerson helped with the groundbreaking research described in the article “Ubiquitin facilitates a quality-control pathway that removes damaged chloroplasts” that was published October 23, 2015.

Gilkerson, who just finished his first year teaching at Shepherd, worked on the research as a National Institutes of Health Postdoc Fellow at the Salk Institute for Biological Studies Plant Cell Biology Laboratory in La Jolla, California. Through the research, Gilkerson along with seven coauthors, discovered a mechanism that allows plants to survive under adverse conditions.

Plant cells, like animal cells, have organelles, which are organ-like units that perform specific functions. Chloroplasts are organelles in plant leaves that use light energy to turn water and carbon dioxide into food used in the process of photosynthesis. Using the Arabidopsis, which is a type of mustard plant, Gilkerson and his colleagues discovered how plant cells deal with damaged chloroplasts.

“There’s a little tag that gets attached to the outside of these chloroplasts, that’s called ubiquitin,” Gilkerson said. “The damaged chloroplast organelle is coated with this ubiquitin and that tells the cell to remove it.”

Gilkerson said it was previously not known that ubiquitin, which is a protein found in all tissue, was used to remove and recycle damaged chloroplasts from cells. He said the discovery has some real-world implications in agriculture and health care.

“We discovered when chloroplasts are damaged they are removed by a similar process to which damaged mitochondria are removed,” he said. “A lot of times plants offer better models to study related pathways than animals because plants can tolerate it better. You can make discoveries in different model organisms like plants or yeast that you couldn’t make by studying humans because of the nature of that model organism. Hopefully we can translate what is learned from plants to animals and humans.”

Gilkerson teaches cell biology and molecular biology and is continuing his plant research at Shepherd.

“It’s nice to be able to show the students all of the cell biology work I’ve been a part of and show them direct examples of experiments that I’ve done and these pathways that are common to all life,” he said. 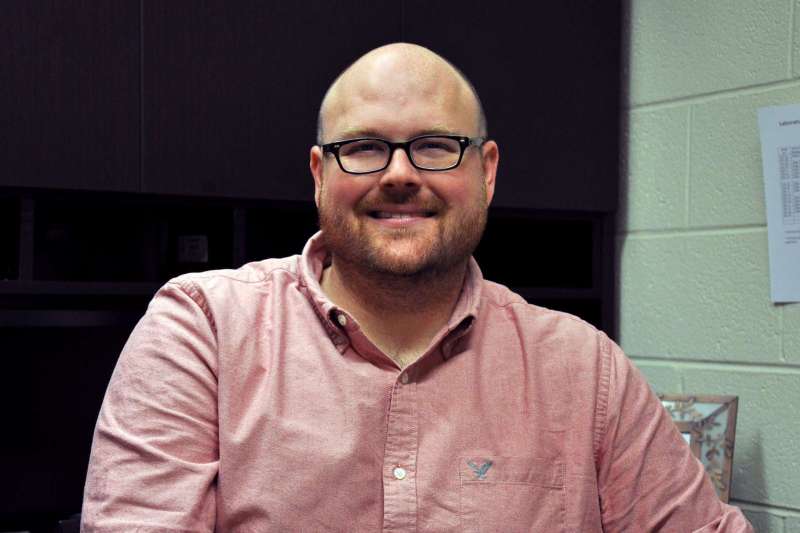