Gansz’s background is primarily with large universities and at small liberal arts and community colleges. He said he was attracted to the job at Shepherd because of the university’s mission.

“What I find in Shepherd is a somewhat unique mix of both the liberal arts in the traditional sense and also the workplace development, first-generation college, community college completion mission,” Gansz said. “It’s that model of the democratization of education for the masses.”

Gansz said he has a good first impression of the library.

“The facility is marvelous. It’s extraordinarily well outfitted,” he said. “Physically and technologically we have everything we need. The staff seems to be very enthusiastic and very collegial. I was struck when I interviewed here that they all seemed very collaborative, working together, answering each other’s questions, and were highly conversant.”

Gansz is huge proponent of promoting information literacy—the ability to recognize when information is needed and to locate, evaluate, and use it effectively. He plans to reach out to academic deans and faculty to encourage them to do more to incorporate the use of the library and information literacy into their curriculum.

Gansz comes to Shepherd from Edison State Community College in Ohio, where he spent 10 years overseeing the library and information technology. During his career Gansz has also been a writer, publisher, literary journal editor, and teacher. He has a master of information and library studies degree from the University of Michigan, Ann Arbor, and a master of fine arts and bachelor of arts in art history from Bard College in New York. He’s also studied theology at the University of Kent in Canterbury and literature at Trinity College at the University of Oxford, both in England. 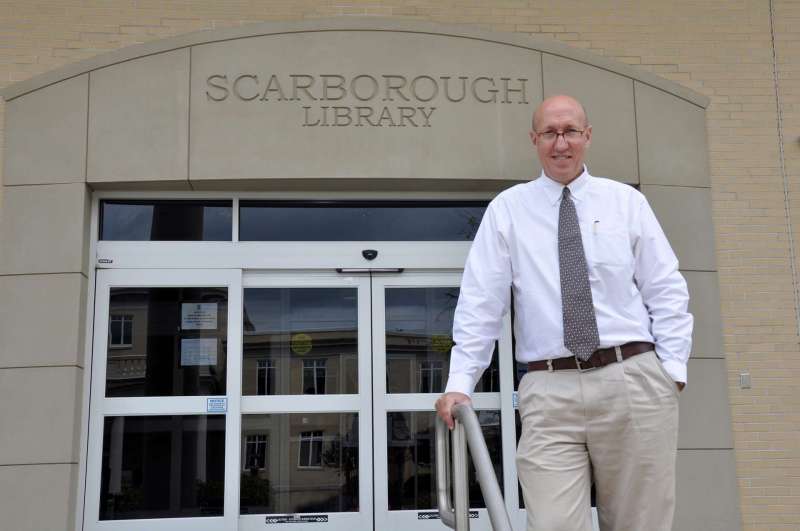