SHEPHERDSTOWN, WV — Shepherd University presents The ABCs of Hard Bop, a tribute to the music and legacies of Cannonball Adderley, Art Blakey, Cedar Walton, and Horace Silver, on Tuesday, October 14 at 8 p.m., in the W.H. Shipley Recital Hall of the Frank Center.

Dr. Kurtis Adams, assistant professor of music and director of jazz studies, has performed with the Colorado Symphony Orchestra, Colorado Music Festival Orchestra, Ultraphonic Jazz Orchestra, Metropolitan Jazz Orchestra, and the 9th and Lincoln Orchestra. In 2005, Downbeat Magazine named Adams College co-winner for Best Original Composition for “Instable Mate?,” and in 2007 he was selected to participate in the Paquito D’Rivera Latin Jazz Workshop performing with the Grammy-winning saxophonist at Carnegie Hall in New York.

Dr. Mark Andrew Cook, associate professor of music and director of music theory and composition, performs extensively throughout the region, including with the Two-Rivers Chamber Orchestra in 2010 and 2011. Cook performs with the Shepherd University Faculty Jazz Group and leads his own group, Set Theory, whose CD, “Prime Form,” has received critical acclaim. Cook is a pianist for the Mike Kamuf Little Big Band. A CD/DVD of the band’s performance was released at the Mid-Atlantic Jazz Festival. He is also the pianist for David Detwiler’s White House band, performing at many jazz and concert venues.

A winner of the Louis Armstrong Jazz Award, Kevin Pace, adjunct music professor, has toured throughout Germany and Austria as well as the Washington, D.C., area. He is also active as a composer and arranger. Pace has completed the soundtrack for Elon University’s Global Studies CD-ROM (Carpe Viam Press, 2001) and “How To Carve A Pumpkin” (Beardog Productions, 2004), an independent film by Rady Large. As well as being an active jazz musician Pace has performed in the orchestra of the Long Leaf Opera Company in Durham, North Carolina, and in pit orchestras for musicals such as “Urinetown,” “A Chorus Line,” “The Music Man,” and “Company.”

Ronnie Shaw, adjuct music professor, served under various commands in the United States Air Force, including the USAF Academy Band, and the USAF Band, Washington D.C. Since retiring from the Air Force in 1996, Shaw has continued work as a professional musician as well as a teacher. Shaw has performed with Cook, Dixon, & Young, the Atlanta Symphony Orchestra, Cincinnati Pops Orchestra, Washington Opera with Placido Domingo, Los Angeles Philharmonic, and Chicago Symphony. In 2003, he was asked to perform for and conduct clinics at the annual Ricky Loza Jazz Festival in El Salvador.

The Shepherd University Music Salon Series concerts are free and open to the public. For more information call 304-876-5555 or visit www.shepherd.edu/musicweb. 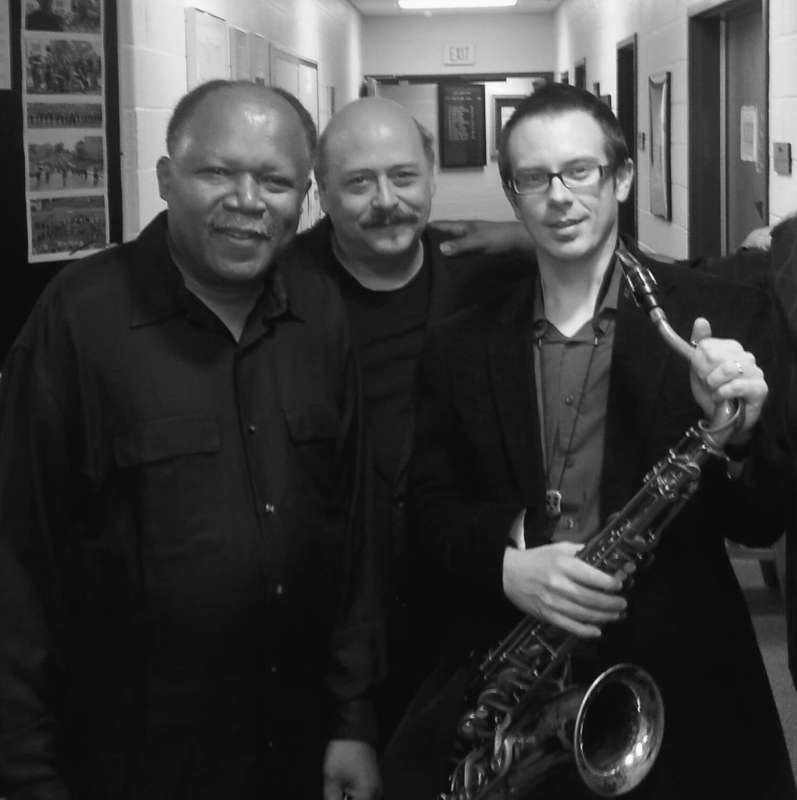 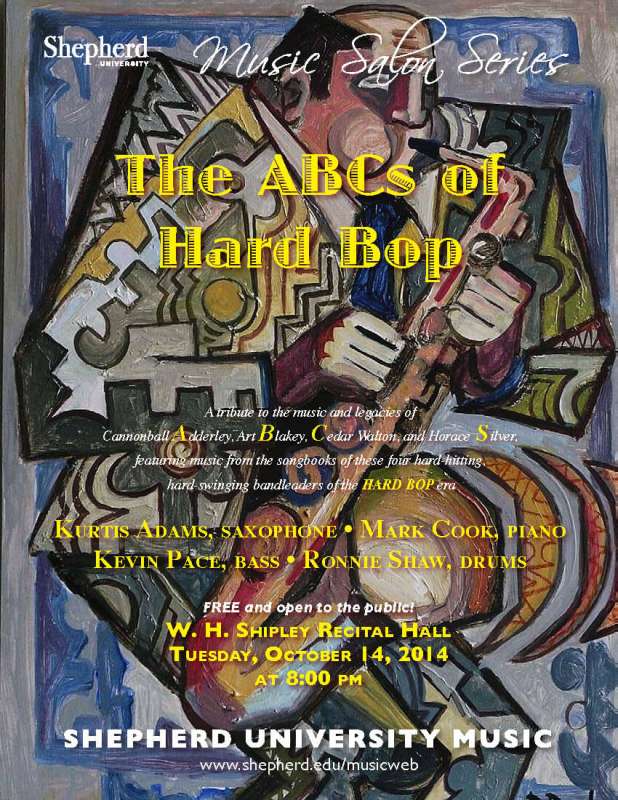