SHEPHERDSTOWN, WV — Shepherdstown University Interim President Sylvia Manning and the Shepherd University Foundation hosted the biennial reception for donors and scholars on Sunday, November 8 in the Erma Ora Byrd Hall atrium. Student scholarship and faculty excellence award recipients, their family and friends, prominent faculty and staff members, representatives from university leadership boards, and Shepherd alumni and friends who have established awards made up the 250 guests at the event.

Interim President Manning provided an opening remark, and Foundation board member Bob Jensenius ’72 thanked all those in the room who support the Shepherd University Foundation through their gifts toward private scholarship and programming funds. As someone who has been exposed to many different universities nationally, Jensenius testified to the excellence of Shepherd University and the importance of giving back.

“I can tell you the competition for top students, like the ones in this room, is intense,” said Jensenius. “I can also tell you Shepherd can compete with the best of them for those students . . . but when we attract top students, we have to have the financial means to support them.”

“Going to college is a financial burden at any age,” said Bailey. “Generous gifts help to relieve that burden so that students can focus solely on their academic achievements.”

Bailey also stressed that the benefits of scholarships are more than just their monetary value.

“When you give a scholarship or award to a student, you are giving them confidence that their passion is valid, that their talents are valuable, and that they can achieve what they are trying to accomplish.”

Following the two student performances, Shepherd University Foundation Executive Vice President Monica Lingenfelter congratulated the student scholars in attendance for their achievement of successfully competing for privately funded Foundation awards. Lingenfelter reminded them that though they should feel pride in that success, they should also feel a responsibility to one day “pay it forward” to future generations.

More than 500 endowed and annually funded scholarship and faculty excellence awards are provided through the Foundation. If you would like to learn more about creating an award, or would like to donate to an existing fund, please contact Monica Lingenfelter, Shepherd University Foundation, P.O. Box 5000, Shepherdstown, WV 25443, 304-876-5397, mlingenf@shepherd.edu, or by visiting www.shepherduniversityfoundation.org. 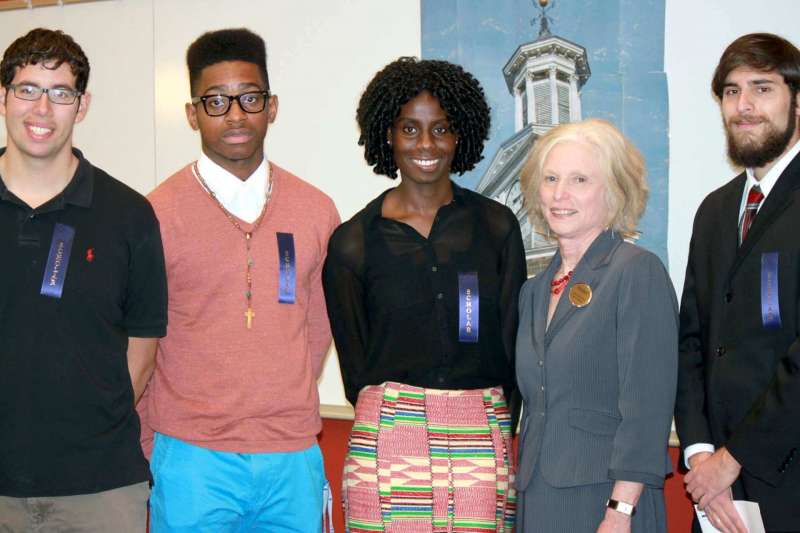