SHEPHERDSTOWN, WV — Shepherd University Ram fans interested in attending Saturday’s National Championship Game in Kansas City, Kansas, can reserve a seat on a fan bus for $270 per person, which includes a ticket to the game and to a Ram Rally prior to the game. The Rams (13-0) will face Northwest Missouri State University (14-0) at KC Sporting Park beginning at 4 p.m. (EST).

The price per person does not include hotel accommodations, but a block of rooms is reserved at a $117.43 nightly rate at The Aladdin Holiday Inn Hotel for fan bus riders. The Aladdin is adjacent to the hotel where the team will stay.

The fan bus will depart from the Butcher Center at 6 a.m. on Friday, December 18, and return following the game on December 19. Space is limited to 53 seats.

Fans who plan to go but not ride the bus can purchase tickets in person at the Shepherd University Bookstore, or by calling 304-876-5219 until Wednesday, December 16 at noon. Tickets purchased by phone can be picked up at Shepherd will call at the team hotel, the Downtown Marriott in Kansas City. Tickets are also available online from Ticketmaster but will not be in the Shepherd University section. Tickets cost $25 for adults, $15 for senior citizens, $10 for students with a valid ID and children.

For fans who can’t travel to Kansas City

For those who are unable to travel to Kansas City or attend the official viewing party in Shepherdstown, other viewing locations include: 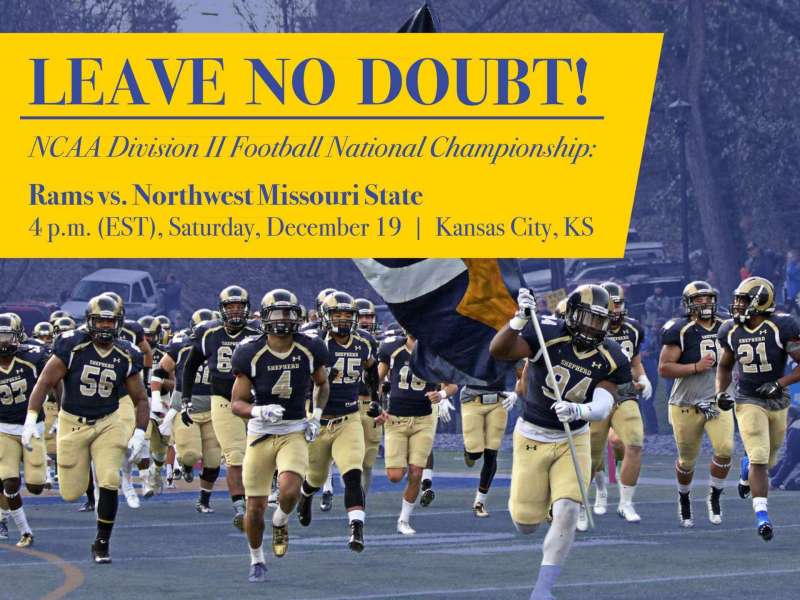