SHEPHERDSTOWN, WV — For 100 years, students at Shepherd University have been able to major, in one form or another, in family and consumer sciences. It all began in February 1914. The Department of Domestic Science and Domestic Art was established at what was then Shepherd State Normal School, and Miss Nellie Woods was the first teacher.

According to a history of the department published in 1971, domestic science and art was originally housed in Shepherd College Hall, what is now Reynolds Hall, which was  “equipped with tables, a large Born steel range (coal stove) and all necessary equipment for individual and group work.”

The program has evolved over the years, but Dr. Kathleen Corpus, chair of the Department of Business Administration and Family and Consumer Sciences, said one thing that hasn’t changed is its relevance to society.

“I think that being 100 years old shows that we really are an important part of people’s lives,” Corpus said. “We cover a lot of material, not only things that happen in the home but things that can happen in the areas of business and community.”

A new name and an added mission

In 1924 domestic science and domestic art became home economics, and in 1927 classes for the elementary school teacher were added to the curriculum. Degrees in home economics were awarded until 1995, when the program once again changed its name, this time to family and consumer sciences. No matter what it was called, Corpus said a main goal of the program for many years was to prepare students to teach and to run a household.

“Prior to the 1970s, part of the curriculum was women, and it truly was women who were in the program, and they would learn all about the intricacies of the home, how to raise children, how to make sure your husband was happy, how to make sure the house was clean, how to cook, how to make nutritious meals,” Corpus said.

Over the years the program occupied space in several buildings. In 1921 it moved from Reynolds Hall to Knutti Hall, which was equipped with a large steel range, an oil stove with oven, tables for 24 students and all necessary culinary apparatus for individual and group work.

In 1942 the program moved to Snyder Science Hall where “the entire lower floor was composed of the clothing laboratory and the foods laboratory which was equipped with four electric stoves and an electric refrigerator.”

The program was organized as a vocational home economics department in 1961 and moved into the college cafeteria, which was renovated and renamed the Home Economics Building. The college cafeteria was torn down in 1993-94 to make room for the Byrd Science and Technology Center. In 1977 the program moved to the newly built Stutzman-Slonaker Hall, where it remains today.

A place to practice their craft

For many years Shepherd also had a “lab,” or home management house, where women could learn first-hand how to become a successful homemaker. Between 1927 and 1942 the Yellow House next to Snyder Science Hall served this purpose. From 1954 until the late 1980s the red brick house on Princess St. where human resources is located became the home management house.

“Women would live in the home for a semester and they learned how to manage it properly. They learned a lot about etiquette. The role of a lot of women was to support their husbands for the most part,” Corpus said.

The 1997-1999 catalog lists the program as part of the Department of Business/Family and Consumer Sciences. The current 45 FACS students still take classes in food preparation, marriage relations, and clothing construction. But Corpus said the degree is much more eclectic than it used to be, and students who earn it are qualified for a wide variety of jobs.

“For example, consumer services­—every large company has a consumer division,” Corpus said. “Cooperative extension is one area that’s really gotten big. There’s a co-op extension agent in every county in the United States and some counties actually have more than one family and consumer sciences agent if they have a general family and consumer sciences position and then a 4-H position. I have had students who have gone into the travel business, we have a hospitality program, and we have students who are looking at going on for dietetics programs.”

Looking forward to the next 100 years

Corpus believes family and consumer sciences will remain strong at Shepherd for the next 100 years. She said the program has developed minors in nutrition. In the near future students might also have the option of taking more classes in personal and family finance, and nutrition.

“We have a great demand for fashion and textiles,” she said. “People who go into textiles, if they have a strong chemistry background, can make six figures.”

Several activities are planned to commemorate the department’s 100th anniversary. They include:

For a timeline of the family and consumer sciences program at Shepherd, click HERE. 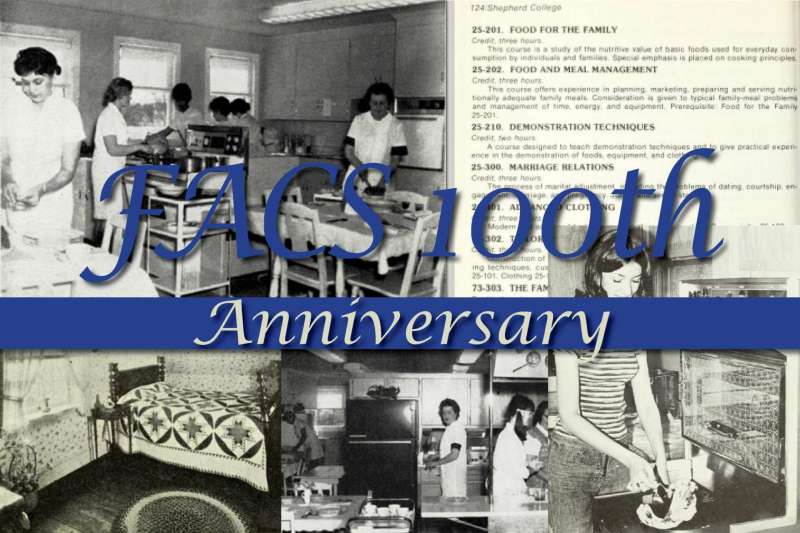 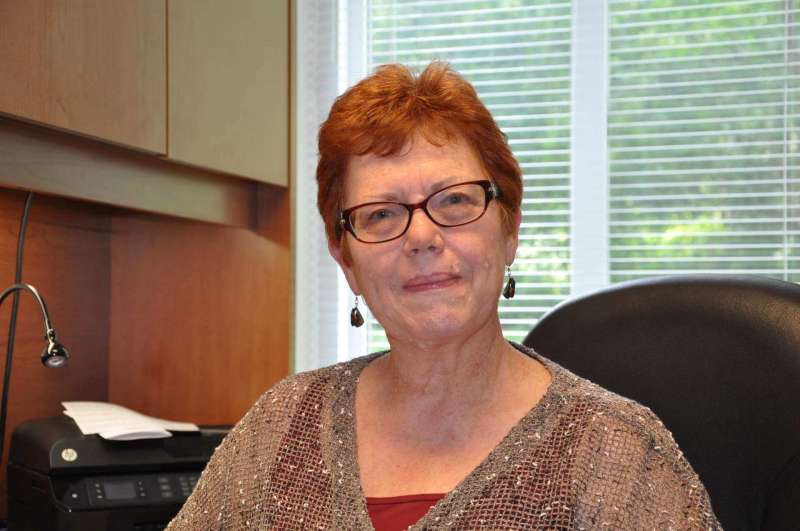 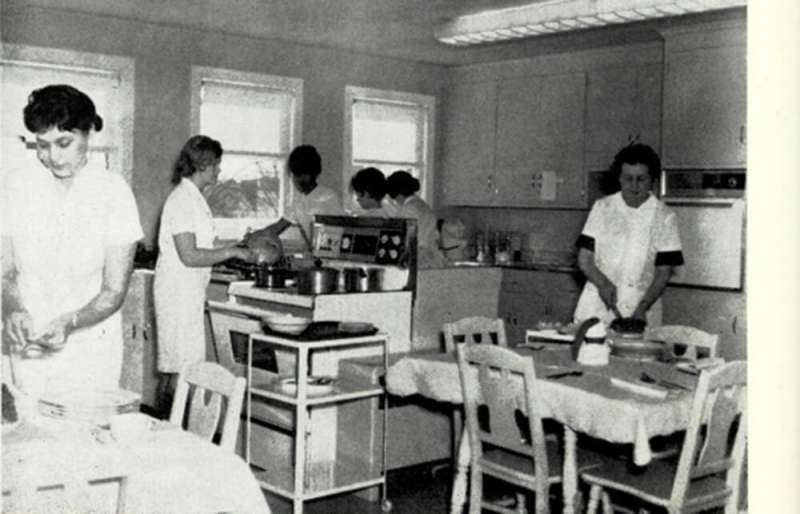 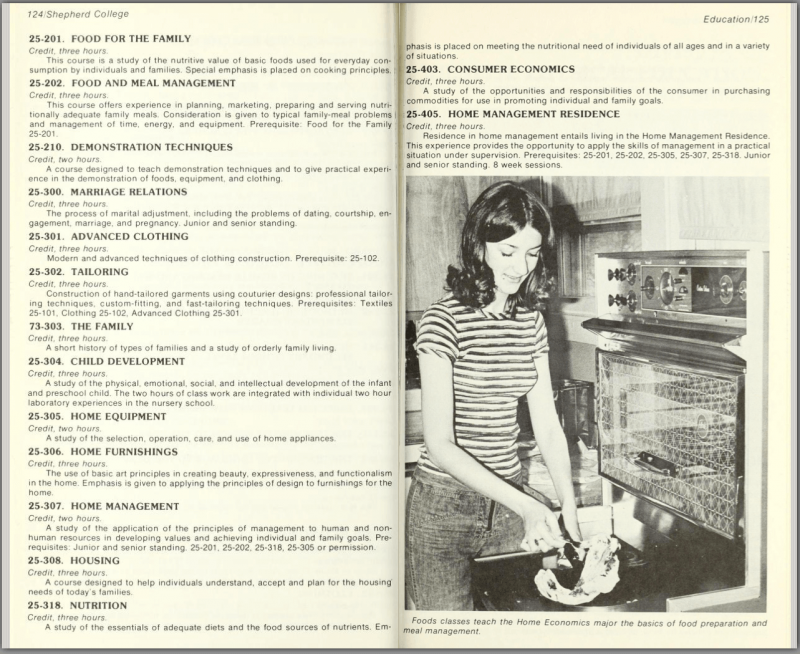 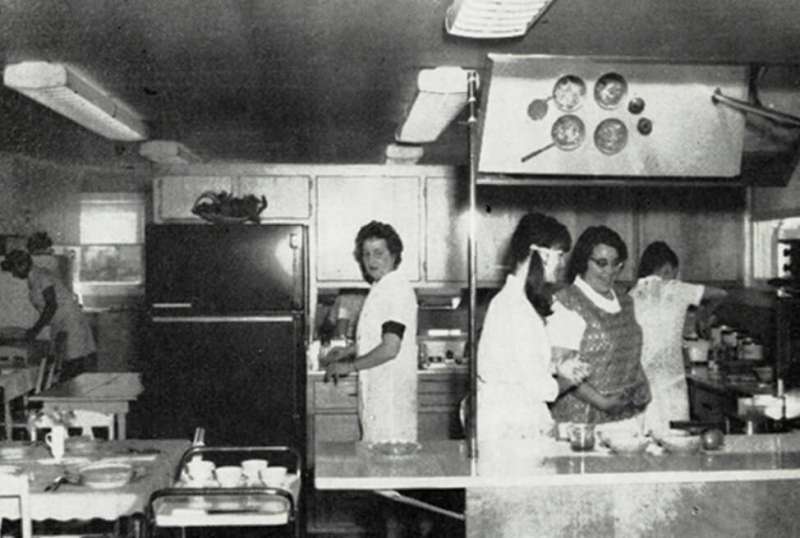 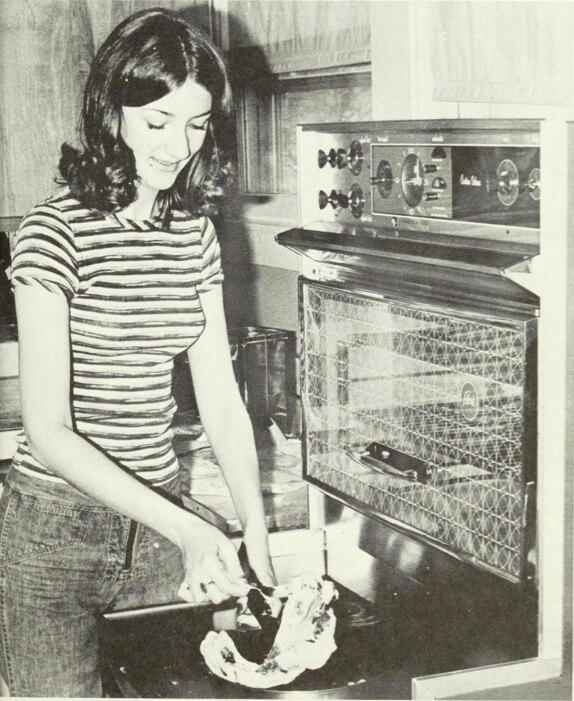