SHEPHERDSTOWN, WV — The process of writing short stories based on history and fairy tales is the topic of the final Shepherd University Faculty Research Forum for this academic year. Dr. Carrie Messenger, assistant professor of English, will present “History and Gretel” on Tuesday, April 14, at 3:10 p.m. in the Robert C. Byrd Center for Legislative Studies auditorium.

In her presentation, which is free and open to the public, Messenger will read from some of her more recent work and discuss the writing process. She is currently working on a series of short stories that combines history and speculative fiction. About five of the stories focus on the 1946-47 famine in the Republic of Moldova, which led to cannibalism.

Messenger spent time in Moldova as a Peace Corps volunteer in 1994-96 and is fluent in Romanian, that country’s official language. Some of the research she did in preparation for writing the short stories involved translating documents about the famine from Romanian to English.

“Then I worked on turning them into fiction using the story of Hansel and Gretel as a framework,” she said. “These accounts of the famine were easy to read because they were transcriptions of interviews with peasants, so a lot of the vocabulary was similar to the vocabulary I knew from the village that I served in as a Peace Corps volunteer.”

Messenger said she’s long been interested in fairy tales and how they portray traumatic history, and in the stories we tell ourselves to make sense of the world

“I wanted to think about the way famine and cannibalism play out in some fairy tales, and then think about what happens in the historical narrative versus what happens in Hansel and Gretel, where people want to eat each other or put somebody in an oven,” she said. “I think often fairy tales are not so much stories for children but rather cultural touchstones that people keep coming back to.”

Messenger read different translations of the text as recorded by the Brothers Grimm. She then thought about how that story might play out if it was set in Moldova in 1947, where at that time there were actually populations of German speakers.

“They were somewhat mistrusted and were often of a higher economic status,” she said. “So I played with some of the tensions between the German and Romanian speakers in the village.”

Other stories in the collection are based on the Dust Bowl that took place in the United States in the 1930s, the amber wall panels that went missing after World War II from the Amber Room in the Catherine Palace in Russia, and the 1976-1983 Dirty War in Argentina, a campaign that country’s dictatorship waged against its political opponents.

The short stories she will present during the Faculty Research Forum are the result of a grant she received last year to spend time writing at the Virginia Center for the Creative Arts. Some of the stories have been published in literary journals. Her long-term goal is to publish a book. In the meantime, Messenger hopes those who attend the forum will enjoy hearing about her work.

“I hope that I entertain them and possibly creep them out a little bit because there will be some cannibalism,” she said smiling.

For more information about the Faculty Research Forum, go to www.shepherd.edu/aaweb/frf/.

Listen to the interview with Dr. Carrie Messenger HERE. 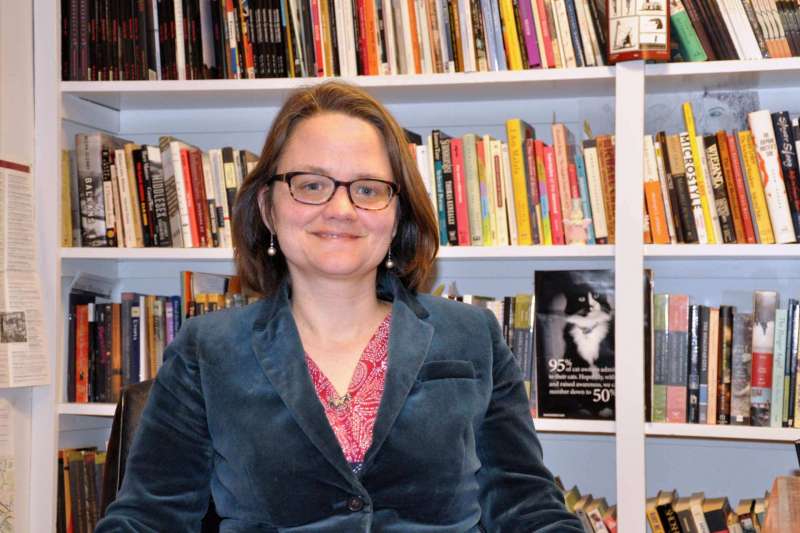