Faculty Research Forum on September 14 to focus on political attitudes

SHEPHERDSTOWN, WV — Shepherd University kicks off it’s annual Faculty Research Forum monthly lecture series with a look at the psychology behind how voters form their political attitudes on Wednesday, September 14 at 3:30 p.m. in the Robert C. Byrd Center for Congressional History and Education auditorium. Dr. Lindsey Levitan, assistant professor of psychology, will present “Social Motivations and Political Attitudes: Could Peer Pressure Be a Good Thing?” The event is free and open to the public.

Levitan received a professional development grant from Shepherd and an in-kind grant from the National Science Foundation Time Sharing Experiments for the Social Sciences program to conduct some of her research over the summer. Levitan said her research shows if the people we’re close to—whether they’re coworkers, family, or friends—all agree with us, our attitudes solidify.

“It’s hard to shake us. It’s hard to persuade us,” she said. “In some cases we can even hear objective facts and not be phased by them.”

But Levitan found that those who are surrounded by people with more diverse views are more open minded, more likely to analyze issues, to be persuaded to change their minds, and tend to put more effort into seeking out information.

“We don’t just change our mind, we change our mind if there is convincing evidence,” Levitan said. “My more recent research shows people are not just thinking harder and more carefully, they’re actually looking for more information. They’re clicking more links and they’re looking harder, particularly at information they don’t agree with.”

There is a perception that in today’s political climate that voters tend to gravitate toward media outlets and surround themselves with those who agree with them. Levitan said that’s true to some degree, but it is not nearly as common as it appears. She believes this perception is created because there’s a minority with deeply entrenched views that is louder than the rest.

Levitan hopes those who attend her lecture get more perspective on how they form their own attitudes and become more open minded to the views of others. 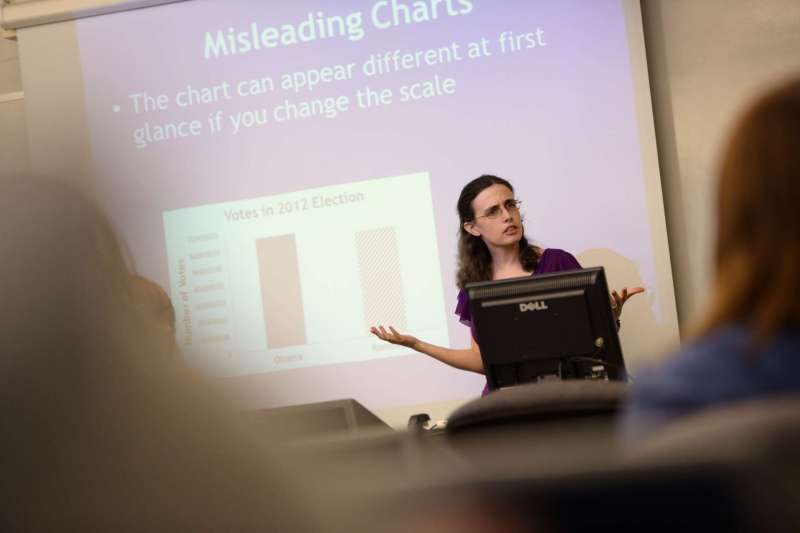