Chishti and Fareed arrived in January just before the semester started. They each had the same first impression of the campus and town—it’s much quieter than Karachi, where they both live.

“Karachi is always busy and always loud. You can hear the cars, even when you’re sitting at home,” Chishti said. “When I came here at first it was super quiet because there weren’t even any students in the residence halls because it was holiday break. For the first week I wondered if it was always so silent.”

“The serenity and the calm here surprised me,” Fareed said. “I expected a very busy and fast sort of life. But here everyone’s really, really calm.”

Chishti attends the Institute of Business Administration where she studies marketing and entrepreneurship. At Shepherd, Chishti is taking classes in international business, promotional strategy, American political institutions, and swing dancing. She also participates in the Model UN.

Chishti’s plans for the future include establishing her own business.

“I am into teaching and social work, so I have a few initiatives in mind that are more like social entrepreneurial ventures,” she said.

Fareed attends Habib University where she’s earning a degree in fine arts and filmmaking. At Shepherd she is taking classes in advanced television production and film production, as well as an art education course.

“Some filmmaking technologies here are better because back home we do everything manually,” Fareed said. “Here I am learning how to do it automatically.”

“This was part of my motivation to enter university and I’ve made a movie on women,” she said. “I realize that I am a privileged person and I can actually make a difference for others. Not everyone is privileged enough to take a stand for themselves, but if you are in a position that you can make a difference in anyone else’s life, you should do it.”

Fareed and Chishti both find the preconceived notions they had about the United States are not true.

“It’s better than what I expected because according to the media, a lot of people here are racist,” Fareed said. “I have not faced any racism or discrimination yet.”

“Everyone has been very nice and helpful,” Chishti added. “I don’t know why, but I wasn’t really expecting that. I had this impression that I am a Muslim coming from Pakistan, which is a developing country, and people don’t have a lot knowledge about Pakistan, so they’d be reluctant to talk or interact or help out. But when I came here it was the absolute opposite. Everyone was so nice and so helpful.”

Chishti said she also appreciates the fact that people here aren’t as rushed as they are in Karachi and often take a few seconds to speak with others.

“Your basic responsibility as a human being should be to lighten up someone else’s day,” Chishti said. “Every time someone says ‘have a nice day,’ it literally lights up my day. I just feel like I will take that away with me.” 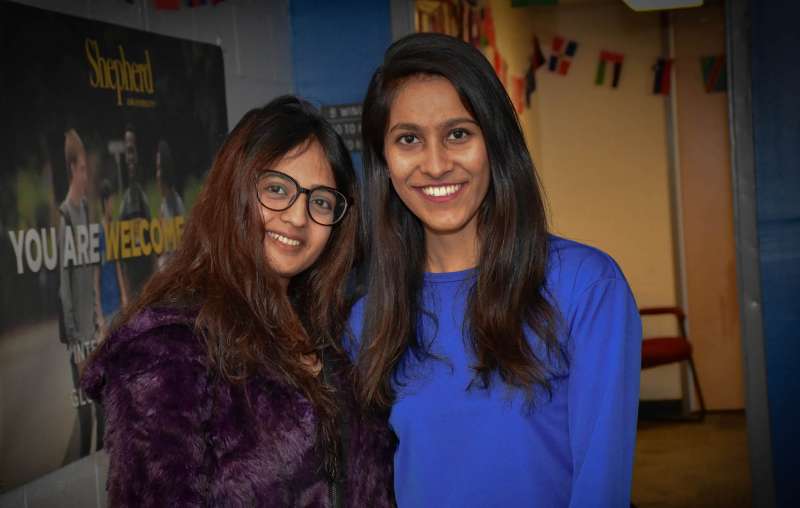