SHEPHERDSTOWN, WV — An essay by Shepherd University English major Claudia McCarron of Charles Town has been published in the 2018-2019 volume of the Sigma Tau Delta Review, an annual journal that publishes critical essays on literature, rhetoric, and composition, and essays devoted to pedagogical issues. The paper, titled “The Revelation to Jane: Christianity and Apocalypse in ‘Jane Eyre,’” is the first work by a Shepherd student to appear in the Review.

McCarron’s paper examines the parallels between Jane Eyre and the book of Revelation. The paper argues that Jane Eyre can be read as a female-centered reworking of this Biblical book. McCarron said she wrote the paper for a Bible as Literature class in the fall of 2018.

“It actually began as a failure,” she said. “I was struggling to find a critical argument that I was excited to write about.”

“We decided that it might be easier for me to write about the Biblical parallels in another work of literature instead of focusing solely on the Bible,” McCarron said. “After I started researching the topic, I began to get really interested. I am incredibly excited and grateful to everyone who helped me with this paper at every stage: the editors at the Review for selecting it for publication, Dr. Hanrahan for helping me brainstorm, draft, and revise it, and my sister for letting me complain to her whenever I got frustrated.” 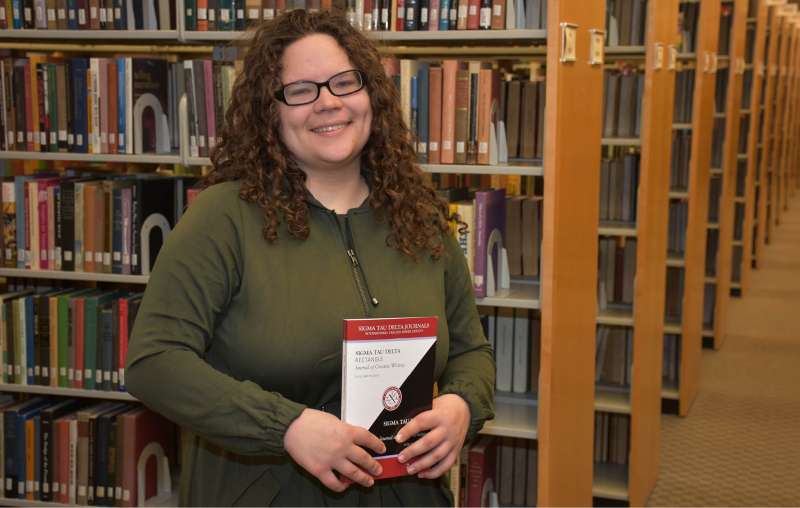