SHEPHERDSTOWN, WV — Recyclemania has hit the Shepherd University campus. The Shepherd Environmental Organization (SEO) is challenging on-campus groups to compete to see how much paper, plastic, and aluminum cans they can collect, and the final totals will be entered into the national competition.

Serena Juarez, SEO president, said a team can be made up of a group of students, an entire dormitory building, members of clubs or organizations, or groups of commuter students.

The items must be sorted and bagged, and can be dropped off at the loading dock behind the Byrd Science Hall. If a load is particularly large, Juarez said SEO members can pick it up. SEO will use a luggage scale to weigh the recyclables and will keep a log of which group turned them in.

The on-campus group or organization that brings in the most recycling by weight will receive a $100 donation to the charity of its choice and personalized recycled prizes like a T-shirts or water bottles. Juarez said last year’s winner was Delta Zeta sorority.

SEO hopes to motivate students and staff to increase recycling efforts, generate attention and support for campus recycling programs, and have a fair and friendly competition.

“The whole point is to try to integrate recycling into the university as a whole,” Juarez said. “The competition also helps with pointing out that we have a lot of materials that we should be recycling to reduce our footprint, the impact of what we do.”

Katelyn Amspacher, an SEO member, added that another goal is making people aware of how much they use, what can be recycled, and how they can help even if it’s just a little.

“We live in a time where everything is disposable and we think it just goes away, but it doesn’t,” Amspacher said. “It continues to accumulate in our oceans and our forests, and really disturbs the ecosystems and damages our earth. If we can recycle these things and just do our part as individuals this is what we’re trying to accomplish—to make it a fun way for people to know about and be excited about recycling and doing their part in the world.”

Amspacher said SEO is working toward increasing recycling efforts on campus and in town and trying to set up a system to recycle plastic bags and food waste in addition to the paper, plastic, and aluminum that’s already being collected.

“I think this competition is really helping to bring awareness to campus. Hopefully it will help open everybody’s eyes that this is just a little piece of what you can recycle—you can recycle so much more than that,” Amspacher said.

Shepherd is also entered in the national Recyclemania tournament and is competing with other colleges from across the United States and Canada to see which school can collect the most recycling on a per capita basis. This is the 15th year for the national tournament, which takes place over an eight-week period, from February 1-March 28. 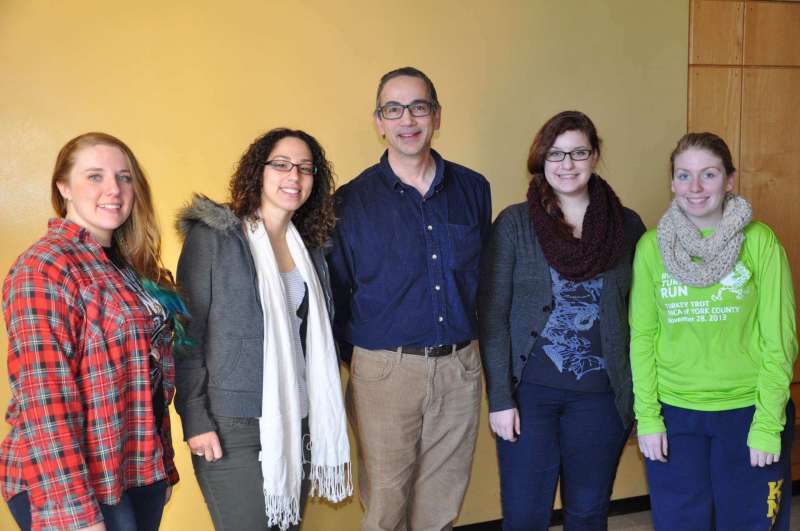