Energy symposium to air on statewide television August 20 and 21

SHEPHERDSTOWN, WV — An energy symposium that was part of the inauguration of Shepherd University President Mary J.C. Hendrix will air on West Virginia Public Broadcasting’s The West Virginia Channel later this month. The symposium, titled “The University’s Role in Translating Energy Challenges into Business and Employment Opportunities,” will be broadcast Saturday, August 20, at 7 p.m., and Sunday, August 21, at 9 a.m. and 2 p.m.

The symposium, which is moderated by Hendrix, features Michael Polsky, founder, president, and CEO of Invenergy LLC, which owns the Beech Ridge Energy Storage Project in Greenbrier County; Dr. Xingbo Liu, professor and associate chair of research at the West Virginia University Statler College of Engineering and Mineral Resources; and Dr. Jeffrey Groff, associate professor of physics in the Institute of Environmental and Physical Sciences at Shepherd.

Polsky, Liu, and Groff discuss various forms of energy sources such as solar, wind, and battery, the role they can play in diversifying the state’s energy economy, and how colleges and universities can contribute. The broadcast version of the symposium runs 55 minutes. Dr. Kevin Williams, professor of mass communications, and Dr. Jason McKahan, associate professor of mass communications and chair of the Department of Mass Communications, served as executive producers.

The West Virginia Channel is available in Jefferson and Berkeley counties on Comcast cable channel 270, in Morgan County on channel 798, and over the air on channel 24.2. 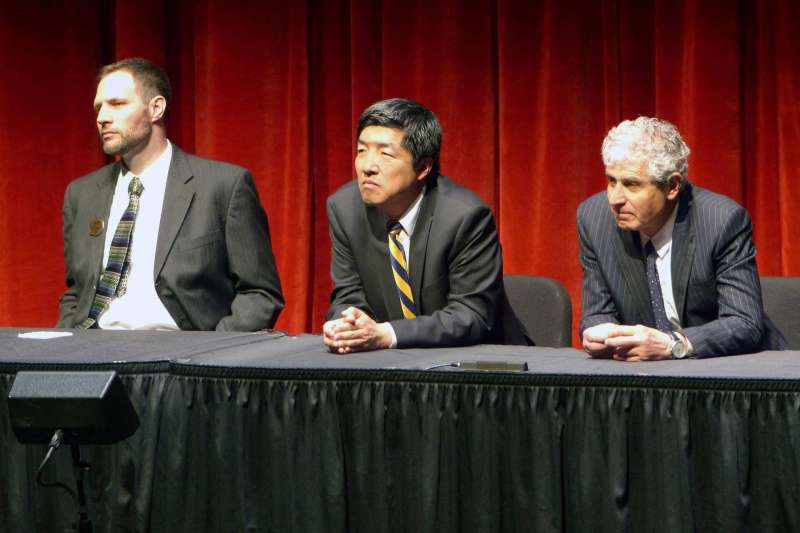