SHEPHERDSTOWN, WV — Drones from Shepherd University’s fleet recently flew over two of Jefferson County’s most historic properties. Walter Washington, owner of Harewood and president of the Friends of Happy Retreat, hired the drones as part of an effort to learn more about those two Washington family properties.

“It’s an opportunity to use this new technology to discover any archaeological sites that are on the properties,” said Washington, who grew up in Harewood and is a direct descendent of Samuel Washington. “We are hoping archaeology can help solve some mysteries.”

“Happy Retreat and Harewood are premier historic properties in the region and represent the homes of the economic and political elite who are instrumental in shaping American history,” Hulse said. “Both 18th-century homes were attached to large farms with many buildings such as offices, barns, slave quarters, and outbuildings. While the homes are still standing, the majority of structures associated with each property have been lost to time.”

Happy Retreat was the home of Charles Washington, founder of Charles Town and one of George Washington’s brothers. The original sections of the house—the first floors of the two wings—were built by Washington in 1780 and 1785. The second floor of the wings and center section were built by Judge Isaac Douglass, who bought the house in 1837. Walter Washington said one goal is look for clues that show what Happy Retreat originally looked like before Douglass added on to it.

Another of George Washington’s brothers, Samuel, built Harewood in 1770. When Samuel Washington owned Harewood, it was a 3,800-acre plantation and would have had many outbuildings. Shepherd’s drone flew over about 20 acres around the house capturing images that will hopefully show where some of those outbuildings were located.

“Without the drone, it would take a lot of time and money to go over 20 acres and it would be a lot of work,” Walter Washington said.

“One of the main goals of the drone project is to locate the lost structures and hopefully be able to understand the size and function of each building and their role in the farm/plantation operation,” Hulse said. “Once buildings are located, future archaeological explorations can be planned and sensitive areas avoided by any planned development.”

“We can get the general layout of what he (Hulse) is looking for from the air so he doesn’t have to dig a lot of test holes,” Shaffer said. “We’re substituting destructive techniques with hands-off, nondestructive science. We could fly over as many times as we want from as many different angles and get real good archaeology from it.”

Murphy and Shaffer, with the help of several students, have been flying four of Shepherd’s drones over the properties taking thermal infrared and multispectral photos that will be stitched together to create a 3-D models of the sites.

“We can then use this 3-D reconstruction to look for small changes in the topography due to features like a buried foundation,” Murphy said. “The cameras on the drones allow access to wavelengths outside the visible spectrum, helping to identify features that cannot be seen by the naked eye. By manipulating the visible data with the invisible, there is the possibility of locating something that would otherwise be hidden. For example, the ground above a buried foundation may appear different to a camera sensitive in the thermal infrared because it absorbs, stores, and radiates thermal energy differently.”

The first flights over Happy Retreat and Harewood, flown at 180-190 feet and about 15 mile per hour, helped Hulse identify areas of interest on the properties that were previously unknown. Shaffer and Murphy plan to fly the drone over those areas again at about 30-40 feet above the ground and about five miles per hour to capture more high-resolution photos so they can create a 3-D model. Hulse eventually plans to set up an archaeological dig in the areas identified as possibly having previously undiscovered old building foundations and other features of interest. 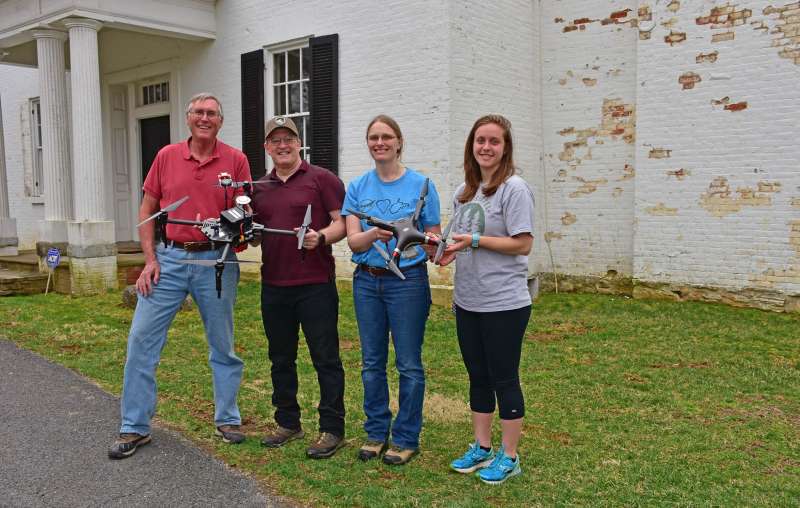 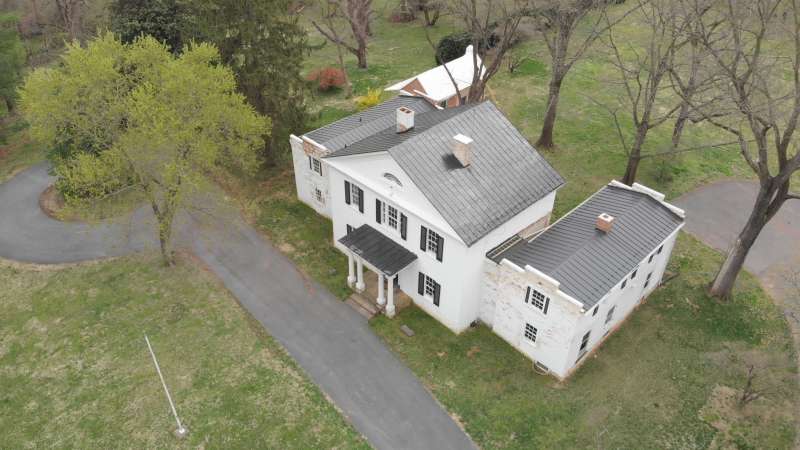 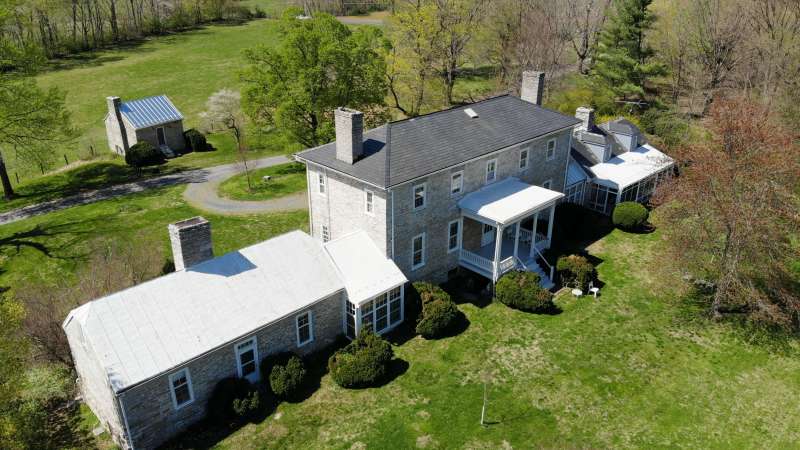