Dr. Jeff Groff is finalist for 2019 West Virginia Professor of the Year

SHEPHERDSTOWN, WV — Dr. Jeff Groff, chair of Shepherd University’s Department of Environmental and Physical Sciences, is one of five finalists for the Faculty Merit Foundation of West Virginia 2019 Professor of the Year.

“I’m excited to represent Shepherd,” said Groff, who is preparing for a February 18 interview in Charleston with the Faculty Merit Foundation.

“We are thrilled that Shepherd University has another finalist for West Virginia Professor of the Year,” said Dr. Scott Beard, provost. “Jeff was an obvious choice as our institutional nominee. He is not only an outstanding scholar, mentor, and teacher, but also someone who strives to make a difference in the world. His work with Shepherd’s Agricultural Innovation Center at Tabler Farm, research with bees, solar projects, and much more demonstrate his commitment to the Shepherd community and beyond.”

During his interview, Groff plans to highlight his efforts to deliver transformative educational experiences for students that are memorable and will change them.

Groff also incorporates into the curriculum components where students go in the field for an extended period of time. One such course is a special topics class, Ecology, Geology, and Cultural Significance of Yellowstone and Grand Teton National Parks, which includes a 10-day trip to Yellowstone and the Grand Teton.

“The experience of connecting and being in wilderness after having prepared your mind for what you’re going to see leads to experiences that I think really do change students,” Groff said.

Groff, who has been at Shepherd for 11 years, said he’s been spending more time thinking about the challenges facing higher education and looking into how best to quantify the work faculty do.

“Some of the insights I’ve gotten from that work could actually be useful in the sense that some things scale really well and some don’t,” Groff said. “There’s a dimension to the experience that students have which is really a mentorship relationship that doesn’t scale really well when you have online or tremendously large courses. But, there are times when you can take advantage of technology and online resources to deliver content and to teach more effectively and efficiently.”

“Learning is not necessarily about the final outcome, it’s the steps along the way that count,” he said. “I believe that students learn more from failures than they do from success. It’s more about students not saying things like ‘I can’t do this,’ but saying ‘I don’t know how to do this now.’ Another part of that philosophy is that you’re never done learning and you’re never going to know it all.”

Groff tells his students that if they leave the university feeling like they know more than when they started, they did it wrong.

“It’s not that they should actually know less, it’s that their world has gotten bigger and their understanding of what they don’t know has expanded beyond the realm of what they do know,” Groff said.

Aside from his regular teaching duties, Groff has been heavily involved in helping develop infrastructure at the Shepherd University Agricultural Innovation Center at Tabler Farm. He received grant money to have solar energy production installed on the roof of the Scarborough Library and at Tabler Farm. He has served on board of directors of National Conservation Film Festival and remains involved with the festival. Groff also keeps and does research on honeybees, a pastime that has taken him to conferences and beekeeping organizations throughout the area.

Each year the Faculty Merit Foundation of West Virginia recognizes an outstanding faculty member at a West Virginia college or university. The finalists will be honored at an April 7 banquet in Charleston, at which time the Professor of the Year will be announced. The Professor of the Year will receive a $10,000 cash award and a special handmade glass trophy from Blenko Glass Co., with smaller awards going to the other finalists. 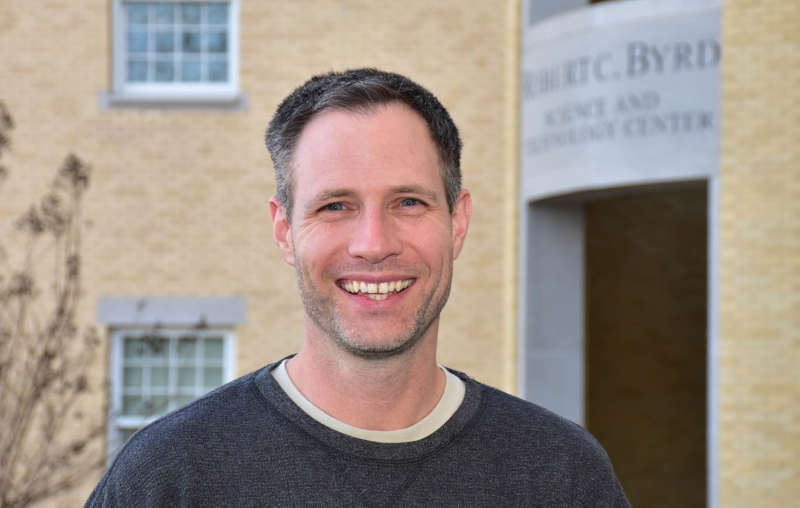 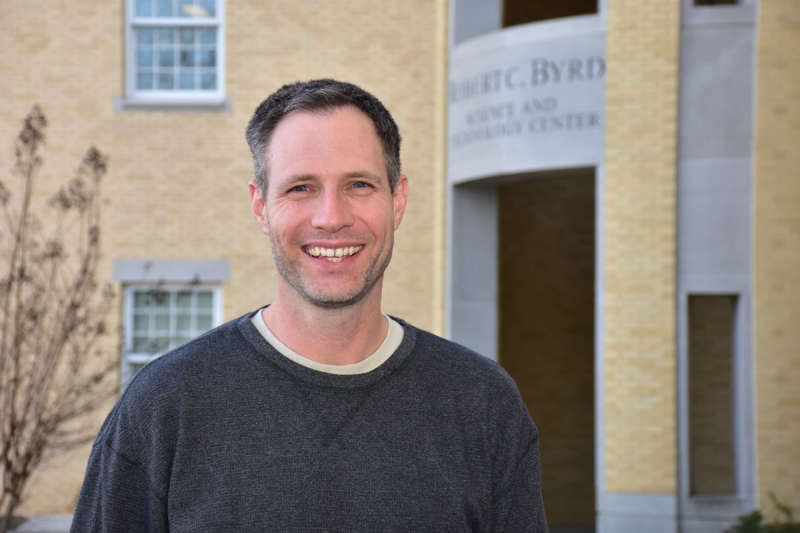