SHEPHERDSTOWN, WV — A new book by Dr. James Broomall, director of Shepherd University’s George Tyler Moore Center for the Study of the Civil War, examines how the American Civil War reshaped the emotional expressions and gendered behavior of white Southern men. “Private Confederacies: The Emotional Worlds of Southern Men as Citizens and Soldiers” is part of the Civil War America series published by the University of North Carolina Press.

“I became interested in how Southern men ultimately changed over time because of that one transformative event, the American Civil War,” Broomall said. “The book follows a group of primarily middle and upper class white Southern men—but I also look at spouses and their children—from the prewar antebellum era of the 1840s through the post-war era of the 1870s.”

Broomall created a baseline for how the men expressed themselves by examining collections of diaries and letters. He documented how they organized their thoughts and represented the outside world. He then followed the men by researching their writing through the war, where they were forced to depend more on other men and experienced the traumas of combat, and the post-war era after they returned home to their families. The book features many characters, but two in particular are highlighted, William J. Clarke from North Carolina, who maintained diaries throughout his lifetime, and George Mercer of Georgia, who also maintained a series of comprehensive diaries.

While reading the post-Civil War era accounts, Broomall noticed many of the men wrote to other men they had served with expressing fairly intimate details about the traumas they had experienced, the strains of the Civil War era, and how their lives were impacted.

“There are these brotherhoods that formed in the post-Civil War era where men freely corresponded with one another about their wartime traumas,” Broomall said. “On the other hand, there was a more sinister face in which these brotherhoods formed the core of paramilitary organizations and even underpinned groups like the Ku Klux Klan. That transformative event and how men became more tightly knit has a sinister face that is fully realized through this campaign of white supremacy and to undermine African American rights.”

Broomall is having a book signing at Four Seasons Books on Wednesday, April 24, from 5:30-6:30 p.m. He will give a lecture about the book at the National Civil War Museum in Harrisburg, Pennsylvania, on Saturday, March 30, from 1-2 p.m. The event is free and open to the public. 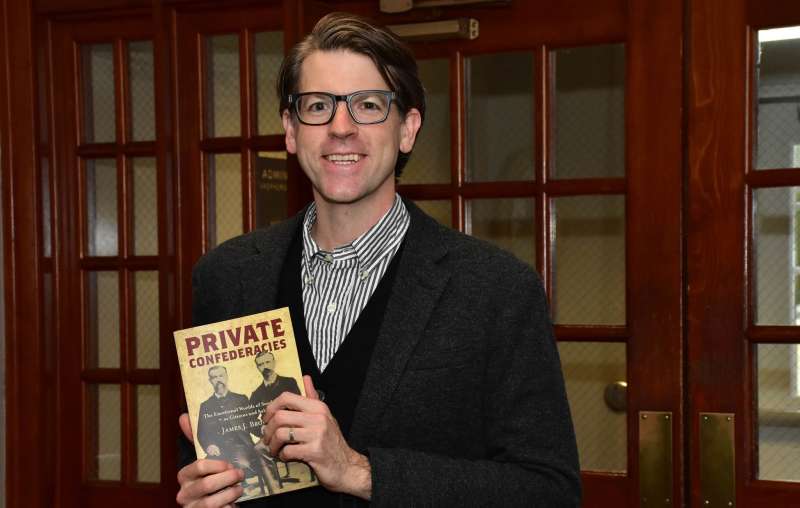