SHEPHERDSTOWN, WV — Shepherd University history professor Dr. Elizabeth Perego has been in high demand for interviews by media outlets from across the world, thanks to her unique area of expertise. Perego is one of the few historians whose research focuses on analyzing the use of humor by Algerians during that country’s civil conflict of the 1990s.

“I specifically look at humor as a way to explore how Algerians of many different stripes, backgrounds, and political leanings think about questions of belonging, nationhood, who gets to be Algerian and who should be excluded, and how the country should be run,” Perego said. “I also look at questions about gender and politics, and how individuals have been able to use social codes as a way of thinking through these questions and trying to share political ideas in really powerful ways.”

Recent events have drawn attention to Perego’s research. Earlier this year, now former Algerian President Abdelaziz Bouteflika announced he was running for a fifth term. That declaration sparked the Revolution of Smiles—organized, peaceful protests, drawing thousands of Algerians to the streets every Friday to demand an end to the military regime that has ruled Algeria since it gained independence from France in 1962.

“These symbols of comedy have emerged, including comedic slogans that people have chanted,” Perego said. “Cartoonists have played a lead role in sharing their anti-fifth term for the president cartoons. There have also been jokes that have emerged. It’s been called the Revolution of Smiles because people are not taking up violence to contest the state, but rather using tools of civil discourse to protest and call for a transition from military to civilian power.”

Since the Revolution of Smiles began in February, Perego has been interviewed by multiple media outlets about the historical role and place of political culture in the country. She was cited in an article in the French newspaper “Le Monde,” appears in a video for Radio France’s France Culture that has been viewed more than 200,000 times on social media, and did an interview with the online Algerian media outlet “Tout Sur l’Algérie.” Perego is also the historical consultant for a documentary that is currently in pre-production on humor in Algeria’s Revolution of Smiles by British Broadcasting Corporation senior broadcast journalist Lucy Ash.

“Comedy and culture have always been politicized within post-independence Algeria because of the fact that there was so much political repression,” Perego said. “Rather than going into organized movements and organized parties, which were suppressed by the state under a one-party regime until 1988, individuals would use culture as a way of expressing their distaste or subtly questioning the authority of the state.”

Perego will continue her research into Algerian cartoon culture after receiving the Caroline and Erwin Swann Foundation for Caricature and Cartoon Fellowship from the Library of Congress, where she will review periodicals and other works in the Near East section of the Library’s African and Middle East Division. 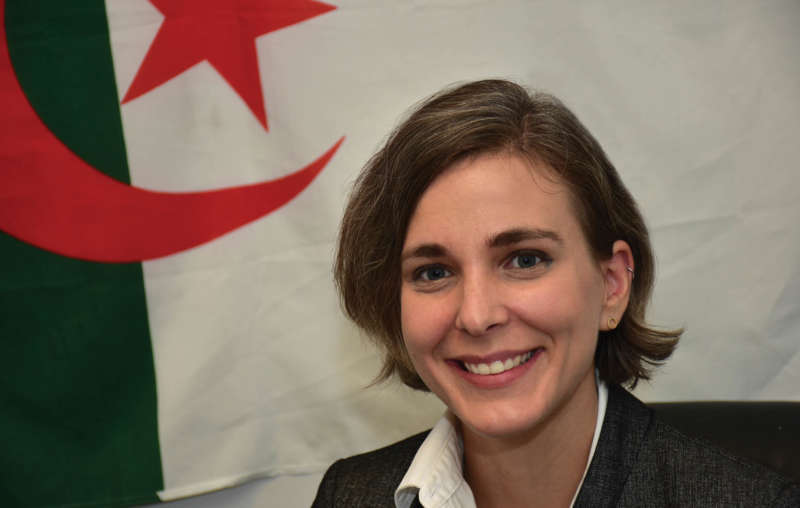 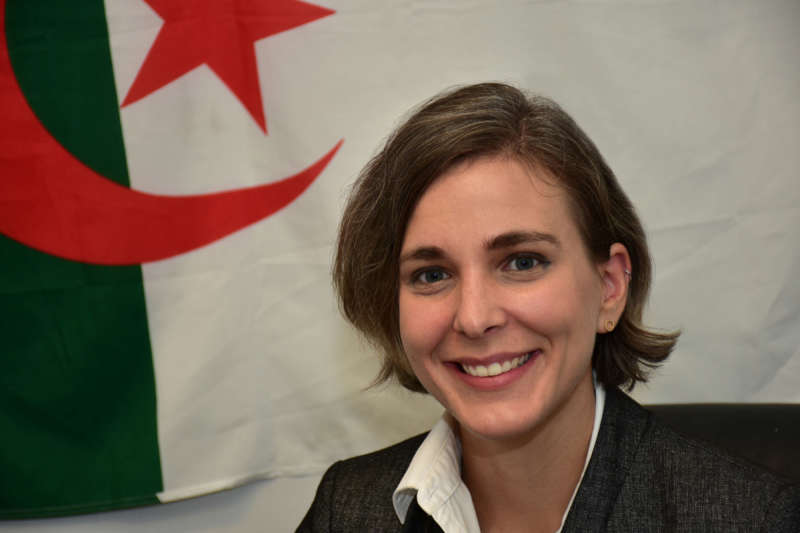