SHEPHERDSTOWN, WV — Dr. Benjamin Bankhurst, assistant professor of history at Shepherd University, has received a David Center for the American Revolution Research Fellowship from the American Philosophical Society. Bankhurst is one of four 2020-2021 recipients of this short-term fellowship, which will allow him to spend a month next summer in Philadelphia doing research in the Philosophical Society’s library.

“We are thrilled to welcome a new class of fellows to the library and museum,” said Patrick Spero, the Society’s librarian. “Our fellows conduct cutting-edge research in a wide range of fields, and every year they make new discoveries in our collections that change what we know about our past.”

Bankhurst plans to spend his fellowship working on a project that evolved from coursework in his American Revolution class, which has been creating an online archive of resources related to the history of loyalism in Maryland.

“It’s called the Maryland Loyalism Project and we’ve teamed up with the National Archives in Great Britain to bring the papers of the Loyalist Claims Commission to a public for the first time,” Bankhurst said. “The commission was established by Parliament at the end of the American Revolution to compensate those who remained loyal to Britain for what they lost in America.”

Since 2019, students in Bankhurst’s class at Shepherd have been working with students at Loyola University in Chicago creating an online repository that will provide scholars and the public access to rare manuscript records from the Parliamentary Loyalist Claims Commission held by the National Archives at Kew, England. The fellowship will give Bankhurst time to collect loyalist research in the vast archives at the American Philosophical Society.

“They have the travel journals of the British commissioners who were sent to America after the war to suss out who among the loyalist refugees were telling the truth about lost property and who was lying,” Bankhurst said. “I will be looking into those records. I will also be looking further into the Loyalist Claims Commission records, because they have those microfilmed and available for consultation.”

Bankhurst said historians are gearing up for the 250th anniversary of the signing of the Declaration of Independence, and he hopes the Maryland Loyalism Project will become a component in the educational landscape leading up to that anniversary.

“I’m thrilled to be able to go to Philadelphia and work with primary resources,” Bankhurst said. “I am also thrilled about the prospect about identifying sources our students can work with in the classroom.”

The American Philosophical Society, the oldest learned society in the United States, was founded in 1743 by Benjamin Franklin for the purpose of “promoting useful knowledge.” 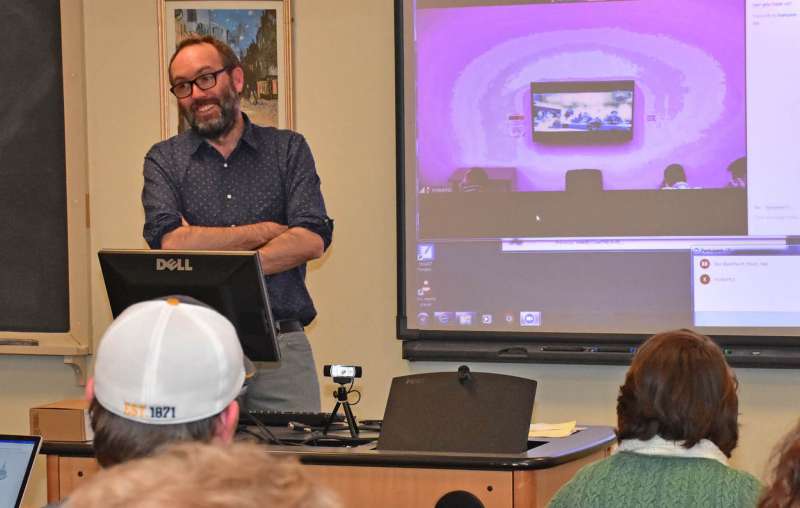