SHEPHERDSTOWN, WV — Shepherd University has a new feature in its Dining Hall—fresh herbs that students can add to their food or just taste. The class of 2016 donated $2,000 for the project.

Scott Anderson, assistant dining services director, used some of the money to purchase a hanging wall system that consists of three boxes that are located on the wall right inside the main dining room door. Anderson said the boxes are made of reclaimed wood from wine crates and feature a drip irrigation system so when you water the top row it drips down to the bottom. Anderson put scissors on one box so students can cut some herbs. He also plans to install grow lights.

“What’s nice is you can have three herbs per row,” he said. “Right now we have 27 sections so there are about 10 to 12 different herbs right now.”

Anderson has currently stocked the boxes with curry, parsley, savory, dill, thyme, sage, and oregano and some of them have already been used in a few dining hall dishes. Other varieties of herbs can be added later when these die off or are used up.

“I think some of the students may start picking the herbs to add to their salads, sandwiches, put in their sauce or just to pick them to try them. I’m hoping to see a lot of people trying them and enjoying them.”

Anderson said cooks in the dining hall will also use the herbs in dishes served there.

“I like to use fresh herbs instead of dry herbs anytime,” he said. 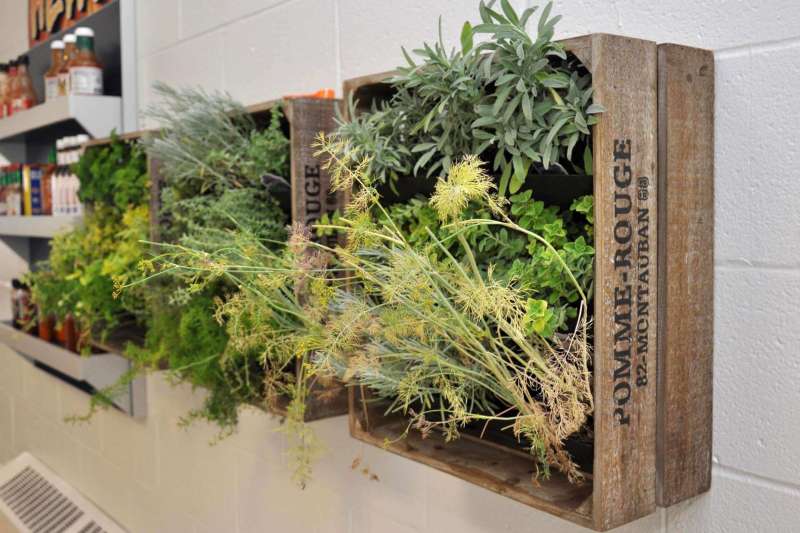 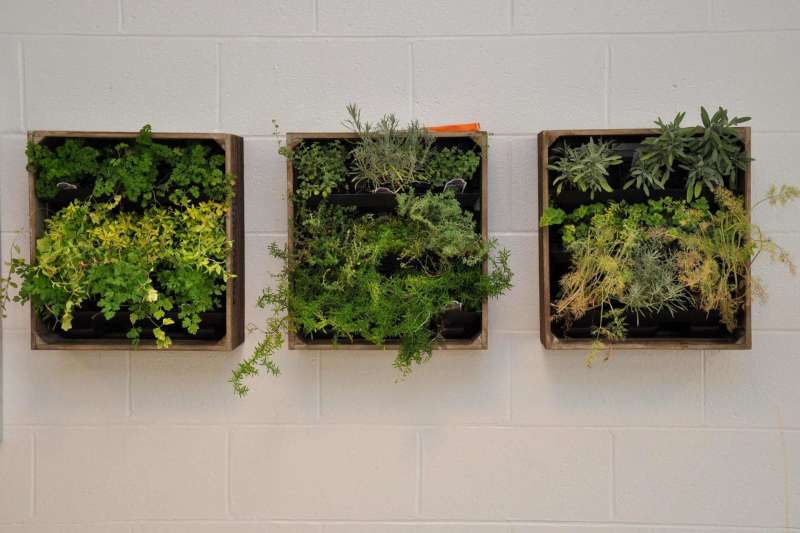 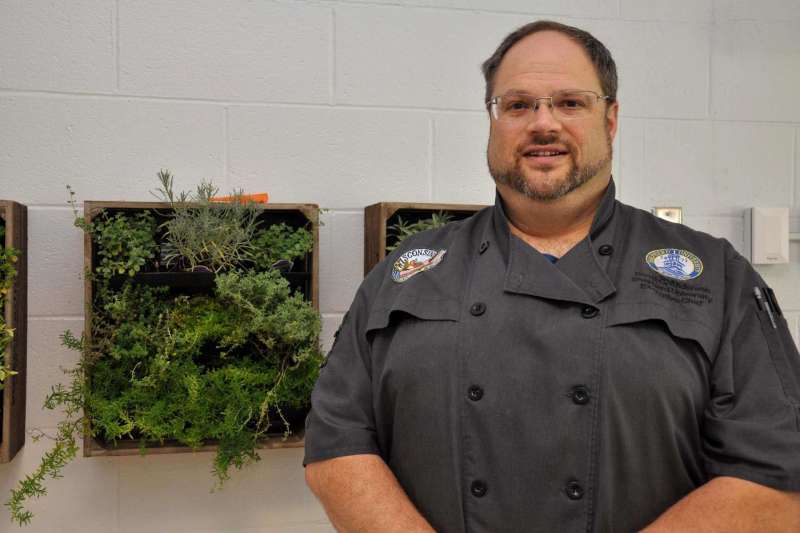 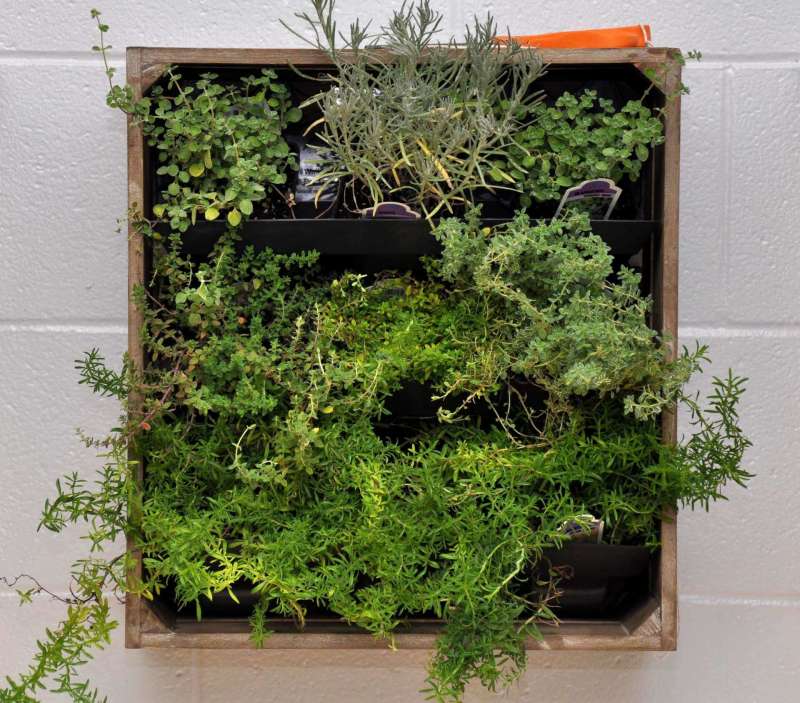 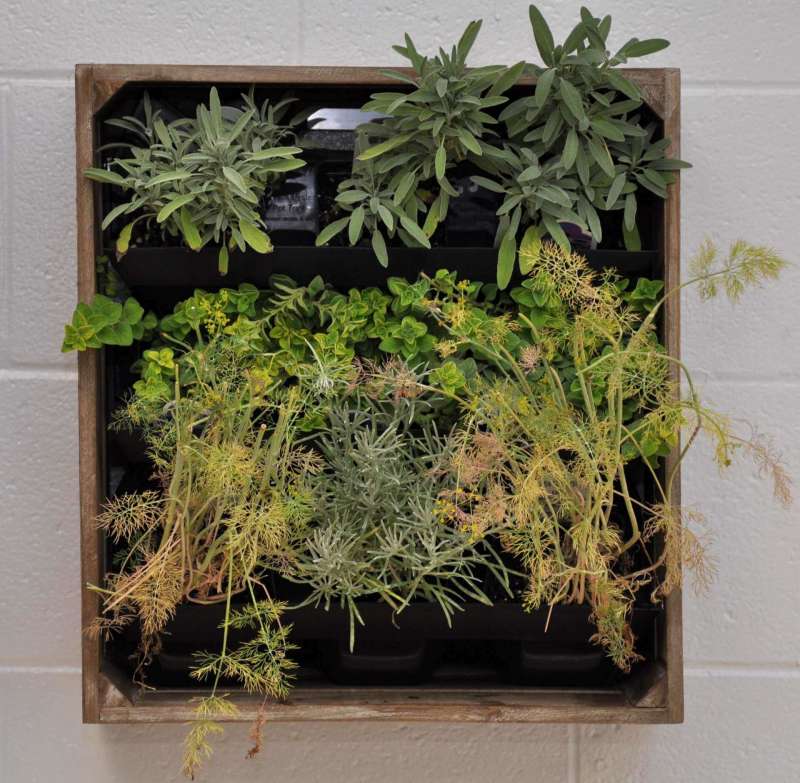 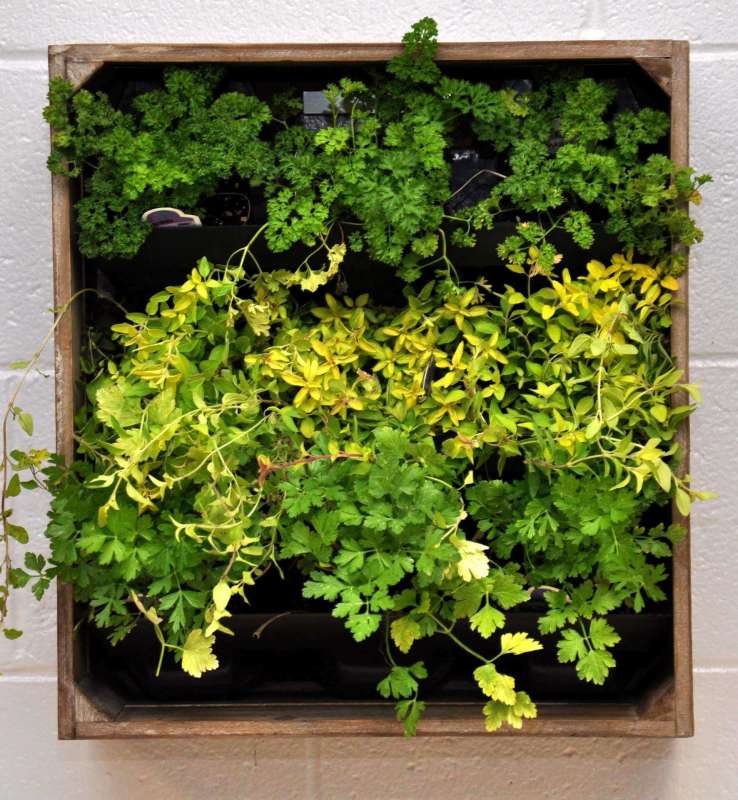