SHEPHERDSTOWN, WV — A Shepherd University graduate student was honored on August 8 by the embassy of his home country for his leadership at Shepherd and in the community. Siriki Diabaté, an M.B.A. student, was recognized by the Embassy of Cote d’Ivoire during a celebration of the country’s Independence Day.

Diabaté traveled to the embassy in Washington, D.C., where he received a certificate of recognition from Ambassador Diabaté Daouda.

“I’m proud that my native country recognized all the effort of my leadership at Shepherd University and in the Shepherdstown community,” Diabaté said. “The ambassador recognizing me is a great compliment.”

Diabaté credits Shepherd with giving him the opportunity to take on leadership roles. He earned his B.S. in political science from Shepherd and is involved in Pi Sigma Alpha, the political science national honor society, and the Pan African Student Union. He was the recipient in 2015 of Lowe Family Award, which honors students for high academic achievement and outstanding service to the university. Diabaté also played a key role in inviting several ambassadors from African nations to speak at Shepherd. 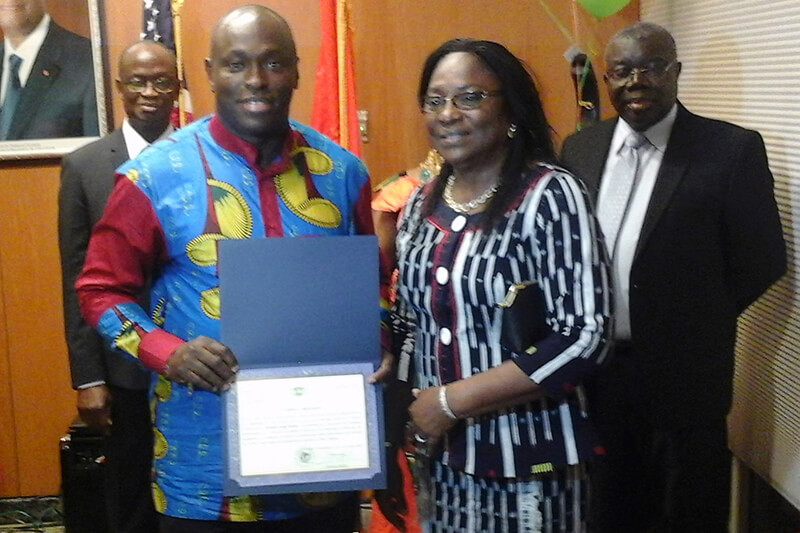