SHEPHERDSTOWN, WV — The Shepherd University Wind Ensemble and the Shepherd University Symphonic Band will present Journeys, an evening of wind band music that will take the audience on a journey to places, moods, styles, and emotions of life Friday, April 11 at 8 p.m. in the Frank Center theater.

Dr. Scott Hippensteel, assistant professor of music at Shepherd, will direct the concert.

The program will feature the Wind Ensemble’s Mid-Atlantic premier performance of “Requiem,” a new work by composer David Maslanka commissioned especially for Shepherd University. Symphonic Band selections will include “Espana Cani,” a Spanish paso doble, “Trail of Tears,” an overture depicting the tragic journey of relocation for the Native AmericanFive Civilized Tribes, “Pentland Hills,” a medley of folk marches from Scotland by Major James Howe, “Variations on a Korean Folksong,” a theme and seven variations based on “Arirang” by John Barnes Chance, and a setting of a newly discovered work “Adagio” by the Italian Renaissance composer Tomaso Albinoni.

The Wind Ensemble continues the musical journey with Leonard Bernstein’s vaudeville-style overture “Slava!,” a wild adventure into the American frontier by Eric Whitacre, “Ghost Train Triptych,” featuring Shepherd faculty Dr. Kurtis Adams, assistant professor of music and director of jazz studies, on saxophone, and Dr. Mark Cook, associate professor of music and director for music theory and composition, on piano, and a three-movement symphony depicting the end of the world titled “Apocalyptic Dreams” by David Gillingham.

The Shepherd University Wind Ensemble, comprised of music majors and a few select non-majors, is the premier wind group of Shepherd University and each year the audition becomes more competitive. This ensemble has been invited to perform around the world. In 2001 the group accepted an invitation from the Lord Mayor of Dublin to tourIreland and performed throughout the country, including stops in Cork, Limerick, Waterford, Tramore, and Dublin. In 2004 its recording of Barnes Symphony #3 garnered them an initiation to be a part of the 2005 season in Carnegie Hall. The concert received a standing ovation and was well received by the New York audience. In 2009 the ensemble performed on a 10-day concert tour of Munich, Salzburg, Vienna, and Prague. In 2011 it toured Spain, and in May it toured France and Monaco.

A pre-concert lecture about the works with Hippensteel and the musicians is scheduled for 7:15 p.m. and is free with admission.

Admission and seating for Journeys is on a first-come, first-served basis and advance sales are not available. The box office will open one hour prior to each performance. General admission is $10; faculty, staff, Shepherd alumni, senior citizens, and students 18 and under are $5; and Shepherd students with Rambler ID and Friends of Music MAC cardholders are free. For more information call 304-876-5555 or go to www.shepherd.edu/musicweb. 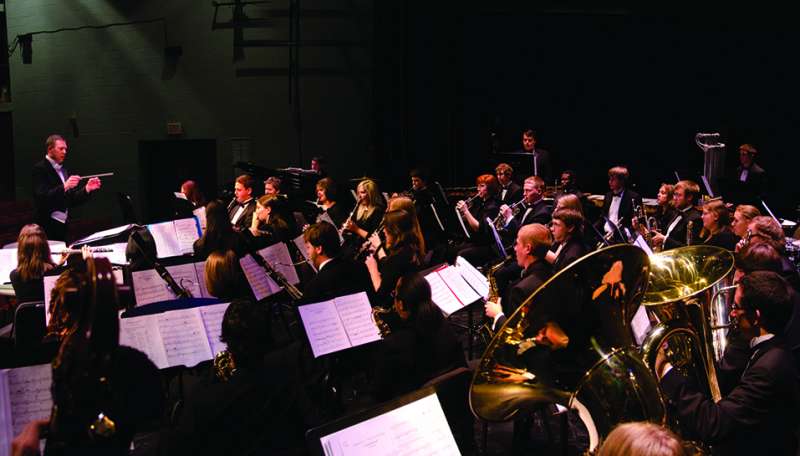