Adams received his bachelor of music education degree from Tennessee Tech University and his master of music degree in performance and doctor of musical arts degree in jazz studies from the University of Colorado. As an integral part of the Colorado music community, he performed with the Colorado Symphony Orchestra, Colorado Music Festival Orchestra, Ultraphonic Jazz Orchestra, Metropolitan Jazz Orchestra, and the 9th and Lincoln Orchestra and shared the stage with musicians including Arturo Sandoval, Paquito D’Rivera, Greg Gisbert, Pat Bianchi, Jeff Jenkins, Brad Goode, Peter Sommer, and Paul Romaine.

In 2005 Downbeat Magazine named Adams college cowinner for best original composition for “Instable Mate?” and in 2007 he was selected to participate in the Paquito D’Rivera Latin Jazz Workshop performing with the Grammy-winning saxophonist at Carnegie Hall. He was visiting assistantprofessor of jazz studies at Boise State University before joining the Shepherd University music faculty in 2010 as director of jazz studies.

Lincoln-DeCusatis graduated magna cum laude with a bachelor of music degree in composition from Ithaca College and obtained his doctor of musical arts degree in composition from University of Maryland, College Park. During this time he also studied at the Ecole Normale de Musique-Alfred Cortot in Paris, France, was an associate artist at the Atlantic Center for the Arts studying with composer/musician Henry Threadgill, and completed a master class with various Italian composers at the Alba International Music Festival in Alba,Italy. In addition to working with the Jazz Combos at Shepherd, Lincoln-DeCusatis teaches composition and jazz piano, music theory, and electronic music media.

He is an award-winning composer whose past and current projects include performances by the Chesapeake Orchestra, the Left Bank Quartet, saxophonist Noah Gets, flutist Molly Barth, and the piano and saxophone duo Six Impossible Things. The CD “Sprung Rhythm,” featuring two of his compositions commissioned by The Inscape Chamber Orchestra, received a Grammy nomination in the category of best surround sound album. Other awards and accolades include a 2006 Walsum prize in composition for his string quartet “Quinta Corda,” a River Concert Series commission for large orchestra and narrator celebrating the 375th anniversary of the founding of the Maryland colony (2009), and an American Music Center CAP award (2009).

The Shepherd University Jazz Ensemble has performed throughout the east coast and Europe and is in demand as a feature band in jazz festivals around the globe. Invited to the world-renowed Montreux Jazz festival in 2003, the Jazz Ensemble played throughout Switzerland and Italy on a 9-day concert tour. In 1999, the band took their Ellington Tour to England and France. In the United States it has been featured at the Longwood, the Blue Ridge, and the East Coast Jazz Festivals, as well as regional festivals throughout Virginia, West Virginia, Pennsylvania, Maryland, Delaware, and New Jersey. They will be featured in the upcoming Friends of Music annual Tuxedo Junction gala May 9.

Jazz Night admission is $10 for adults; $5 for faculty, staff, alumni, seniors, and students 18 and under; and free for Shepherd students and Friends of Music MAC cardholders. Admission and seating is first-come, first-served, and reservations are not available. Box office opens one hour prior to performance. For more information call 304-876-5555 or go to www.shepherd.edu/musicweb. 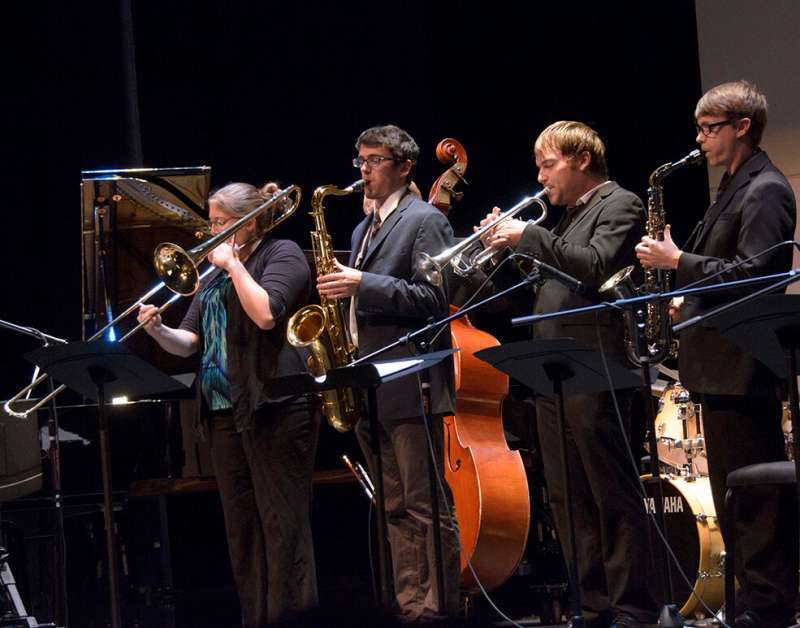