SHEPHERDSTOWN, WV — The Shepherd University Wind Ensemble, under the direction of Dr. Scott Hippensteel, will perform a concert titled “World Songs,” an evening of wind band music celebrating folk songs from all around the world on Friday, March 1, at 7:30 p.m. in the Frank Center Theater. Free with admission is a pre-concert lecture beginning at 7 p.m. where the audience is invited to spend time with Hippensteel and the musicians learning about and hearing excerpts from the program.

During the concert, the Wind Ensemble will embark on an international excursion with Norwegian composer Johannes Hanssen’s “Valdres March.” The journey continues with the classic “English Folk Song Suite” by Ralph Vaughn Williams; “Suite Française” by Darius Milhaud; “Irish Tune from County Derry” by Percy Grainger; “Yiddish Dances,” a celebration Jewish Klezmer music by Adam Gorb; “Variations on A Korean Folksong” by John Barnes Chance; “Variations On A Shaker Melody”—a musical adaption of “Simple Gifts” from Appalachian Spring by Aaron Copland; and the novelty piece “Fugue On Yankee Doodle” by John Philip Sousa.

The Shepherd Wind Ensemble, which features music majors and a few select non-majors, has performed internationally in Ireland, Germany, Austria, Czech Republic, France, Monaco, Portugal, and Spain. In 2004, the group’s outstanding recording of “Barnes Symphony No. 3” garnered an invitation to be a part of the 2005 season in Carnegie Hall.

Admission and seating for “World Songs” is on a first-come, first-served basis and advance sales or reservations are not available. The box office will open one hour prior to the performance. General admission is $15; $10 for faculty/staff, Shepherd alumni, senior citizens, and students 18 and under; and free for Shepherd students with a valid Rambler ID. 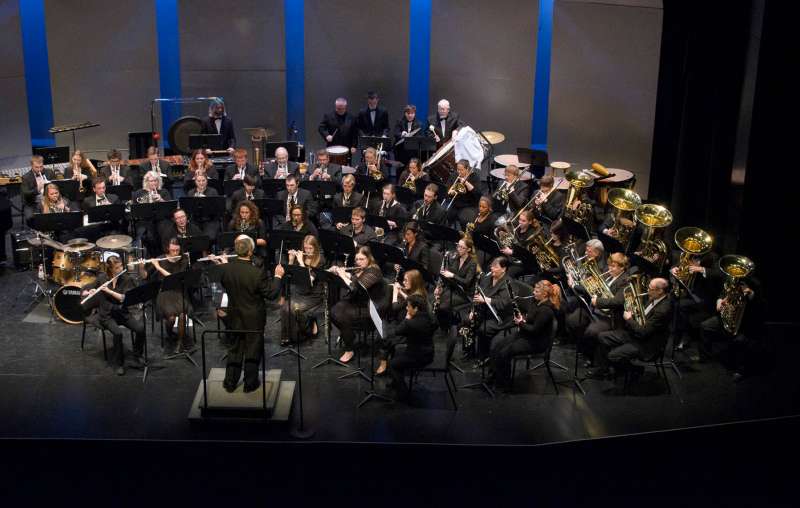