As part of her leadership role in Shepherd’s IEEE organization, Butler has made sure members are given the chance to attend some kind of conference every year. She found this summit particularly inspirational because it offered an opportunity to meet and network with women who are highly successful in STEM fields.

“The advice that they had is something you can’t get from just any mentor,” said Butler, who eventually wants to go into engineering research and design. “It’s only going to be able to come from women who have been in the engineering field, and we don’t have much access here in this area to those women. Having that one-on-one time with women who have been in the field and who have pioneered in the field is valuable.”

“It was very inspiring,” said McDonald, who wants to eventually earn a Ph.D. and work with robotic prosthetics. “It reminded me of my goals, and I’m very excited for next semester and next year. I’ve started planning some of the things I want to do.”

McDonald wants to continue helping with the annual Seeding Your Future conference for middle school-age girls and would like to find other ways to reach out to girls in that age group. She’s also interested in starting a women’s coding club on campus.

“Attending the conference was mind blowing. It was practically all women,” said Stubbert, whose goal is to become a professor. “That is very empowering, and I learned a lot.”

Burns said she learned how to better develop leaderships skills, how to improve community relations through the IEEE club, and how to offer community outreach to involve more children in STEM activities.

“It was a really amazing networking experience,” Burns said. “There were participants came from all over the East Coast.” 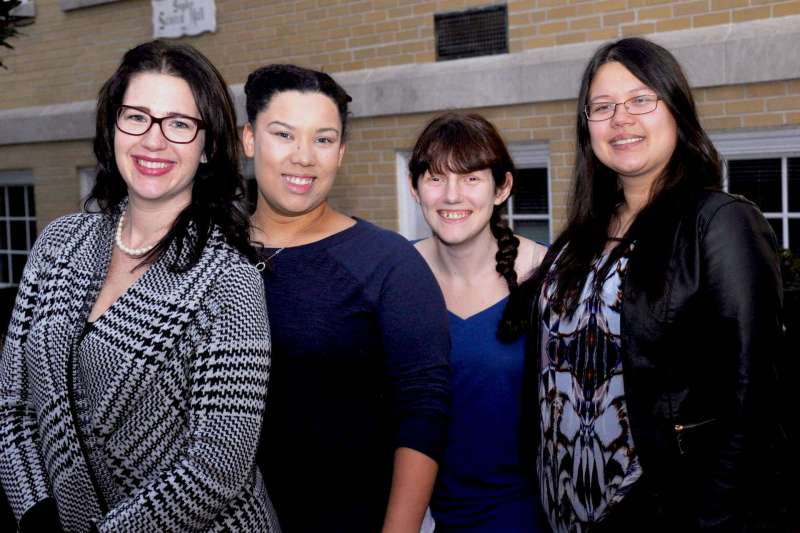