SHEPHERDSTOWN, WV — Four Shepherd University computer and information science and computer engineering students spent the summer contributing to scientific research while developing their programming skills. They worked on two independent research projects under the direction of Jason Miller, assistant professor in the Department of Computer Science, Mathematics, and Engineering at Shepherd University.

“Every species tries to avoid hybridization, and it’s especially important for Arctic plants,” said Miller. “One of the molecular mechanisms could be something called imprinting, which is a form of epigenetics. That is to say, we’re looking at a phenomenon that happens outside of the genome. Imprinting is a biochemical process used by the mother plant to turn off genes derived from the father’s pollen. We can detect that through RNA sequencing if we have the right software.”

The students started with a prototype pipeline of Unix scripts that enabled a 2019 publication in the journal Plant Physiology. They are re-writing the pipeline in Python to make it more robust and versatile by accommodating additional experimental designs.

“It’s a good opportunity to learn about Python and work in a group of people and learn how to collaborate,” Pearson said. “I’ve never had the experience of working in bioinfomatics before, and I thought that would be interesting to explore.”

“It’s excellent experience. It’s great working on a team and it goes on a resume,” said Fisher, who wants to go into software engineering and computer programming. “Mostly it’s troubleshooting and accepting failure as an opportunity to learn.”

“I wanted to work on this project because I’ve never really coded in a group before and I wanted to get more experience at it,” said Jaouni, who has a degree in physics and hopes to combine computer science with his physics degree.

A fourth student, Grayson Grzadzielewski, a computer information and science major from Martinsburg, worked on a separate project led by Dr. Jack D. Thatcher, associate professor of genetics at the West Virginia School of Osteopathic Medicine. Thatcher had developed training videos on embryology using a technology called Flash that is no longer supported by most web browsers and devices. The team at Shepherd is converting the training suite into a modern format.

Grzadzielewski worked on the project with Miller during the spring and summer semesters. After learning how to convert two of the videos to HTML5, he explored algorithms that could automate the process.

“Whereas I spent months converting just one video, I now know how to write the program so the rest of the videos can be done automatically,” Grzadzielewski said. “I have also explored artificial intelligence, image recognition technology, and style sheet technology with Bootstrap.”

Miller said the students didn’t know Python before they started working on their projects. The students largely taught themselves using internet resources. Miller pointed out that students work on individual projects while in school, but in the real world they will have to work in teams, so being involved in a project like this is extremely beneficial to their careers. Miller said he’s proud of all four students for taking on their individual assignments.

“It’s very fulfilling to see students who have mastered the trade and are able to tackle projects that are harder than the ones we assign them in school,” he said. “I’m seeing them take their computer science education and apply it to new problems, and that feels great as a professor.”

The video research was funded through an intramural grant to Thatcher from West Virginia School of Osteopathic Medicine. The epigenetics research was funded by Research Council of Norway grants to Dr. Anne Brysting and Dr. Paul Grini at University of Oslo. Justin Fisher was funded by a SOARS Fellowship through the College of Natural Sciences and Mathematics via the Research Challenge Fund of the West Virginia Higher Education Policy Commission Division of Science and Research. Miller received additional funding through a Research Enhancement Award under the NASA West Virginia Space Grant Consortium. 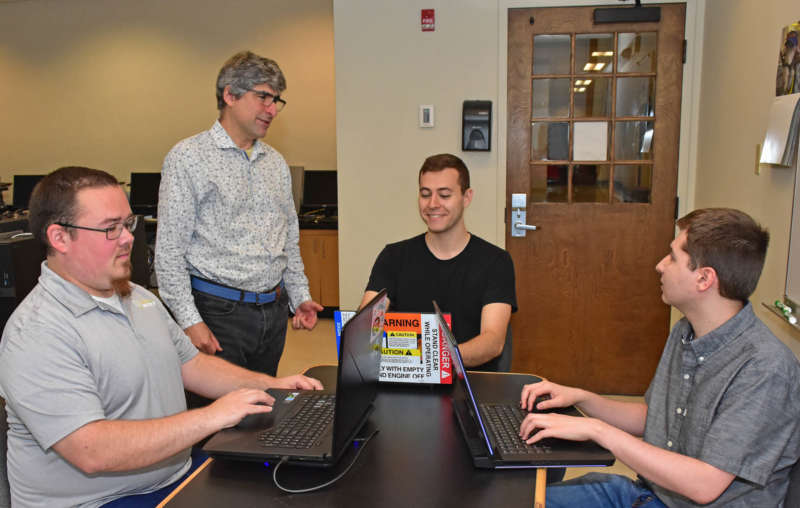 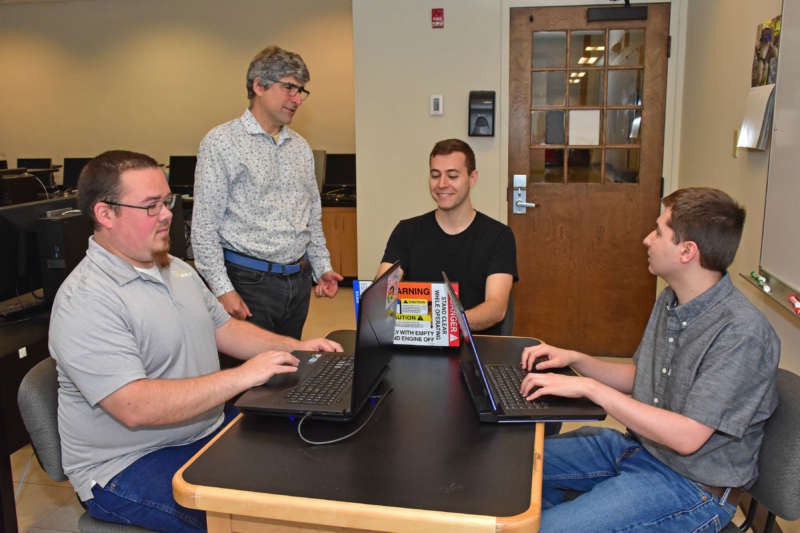