SHEPHERDSTOWN, WV — Shepherd University’s fourth Annual Civil War Christmas will take place Saturday, December 7, from 11 a.m.-8 p.m. The event, which is sponsored by the George Tyler Moore Center for the Study of the Civil War and the Department of History, will take place in conjunction with the annual Christmas in Shepherdstown celebration and will offer historical context to the holidays.

Shepherd students will wear period clothing and participate in Shepherdstown’s annual Christmas parade beginning at 10 a.m. An open house at the Conrad Shindler House, home to the Civil War Center, will take place from 11 a.m.-4 p.m. and will feature costumed interpreters throughout the building and on the grounds to discuss holiday traditions during the Victorian era.

A decorated Conrad Shindler House will be open and lighted by candle from 6-8 p.m. for informal tours. Costumed interpreters will be placed throughout the building to discuss holiday traditions during the Victorian era including decorations, religious practices, entertainment, and foodways.

For more information, 304-876-5429 or email Catherine Mägi Oliver at coliver@shepherd.edu. 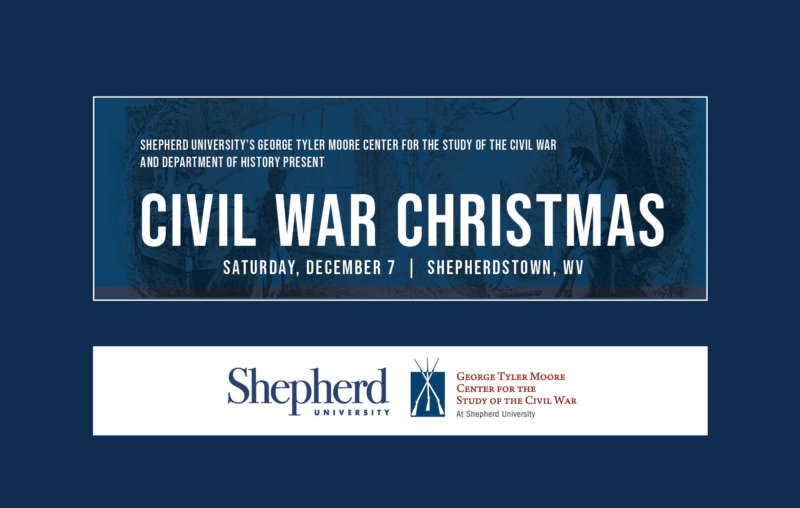