SHEPHERDSTOWN, WV — Shepherd University’s George Tyler Moore Center for the Study of the Civil War is sponsoring a daylong event exploring the aftermath of the Civil War and its effects on veterans. “War-torn: The Physical and Psychological Consequences of War” will take place Friday, June 23, from 9 a.m.-5 p.m. The registration deadline is Thursday, June 15, and the cost is $75 for couples, $55 for individuals, and $20 for students. An afternoon lecture and roundtable discussion are free and open to the public.

Ticketed events include a tour of Antietam National Battlefield, a Civil War amputation demonstration at the Pry House Field Hospital Museum, lunch at the Shepherdstown restaurant Domestic, and a walking tour of Shepherdstown field hospitals. The free events are a 3 p.m. lecture by Civil War expert Stephen A. Goldman, M.D., and a 4 p.m. veterans’ experience roundtable discussion. Both events will take place at the Robert C. Byrd Center for Congressional History and Education at Shepherd.

Antietam National Battlefield park ranger Keith Snyder will lead a tour that will focus on the ferocity of the battle at Antietam, which resulted in 23,000 casualties. Nearly 100,000 troops were engaged in the daylong struggle across western Maryland’s fields and forests. Snyder will draw upon the words and memories of the battle’s participants to illustrate how the battle affected Union and Confederate soldiers. The program will especially focus on the battle’s aftermath as soldiers and civilians faced the monumental task of caring for the wounded and burying the dead.

Jake Wynn from the National Museum of Civil War Medicine will lead the amputation demonstration and will dispel many myths surrounding this procedure. Contrary to popular perceptions, for example, the vast majority of procedures were conducted only after the patient had been administrated chloroform or ether. Post-surgery infections were extremely frequent and became common killers. The program will take place at the Pry House, which served as a field headquarters during the battle and a field hospital after the fighting had concluded.

Historian Kevin Pawlak will lead the tour of Shepherdstown, where throngs of wounded soldiers streamed after the 1862 Maryland Campaign, swelling the town’s population from 1,000 to nearly 5,000 at one point. Nearly every building was transformed into a field hospital. Pawlak will introduce audiences to the terrible changes that came to Shepherdstown in the fall of 1862, will highlight significant structures, and will weave together the disparate stories of soldiers and civilians.

Pawlak is the director of education for the Mosby Heritage Area Association and a licensed battlefield guide at Antietam National Battlefield. He is on the board of directors of the Shepherdstown Battlefield Preservation Association and the Save Historic Antietam Foundation. In 2015, the History Press published his first book, “Shepherdstown in the Civil War: One Vast Confederate Hospital.”

Wynn is currently the program coordinator at the National Museum of Civil War Medicine in Frederick, Maryland. He previously worked in Virginia with Fredericksburg and Spotsylvania National Military Park, the Tourism Council of the Frederick County, and the Heart of the Civil War Heritage Area.

Goldman is a psychiatrist with more than 30 years experience in academic and clinical medicine and public health with a particular interest in the effects of war. He is a past president of the North Jersey Civil War Round Table and a member of the Abraham Lincoln Institute board of directors. Goldman is completing a two-volume work about the impact of combat and military service on veterans’ lives and the vital yet undervalued role of Union soldiers and sailors in support of freedom, Reconstruction, and racial equality.

To register for the seminar, visit www.shepherd.edu/registration-june23. For more information, call 304-876-5429. 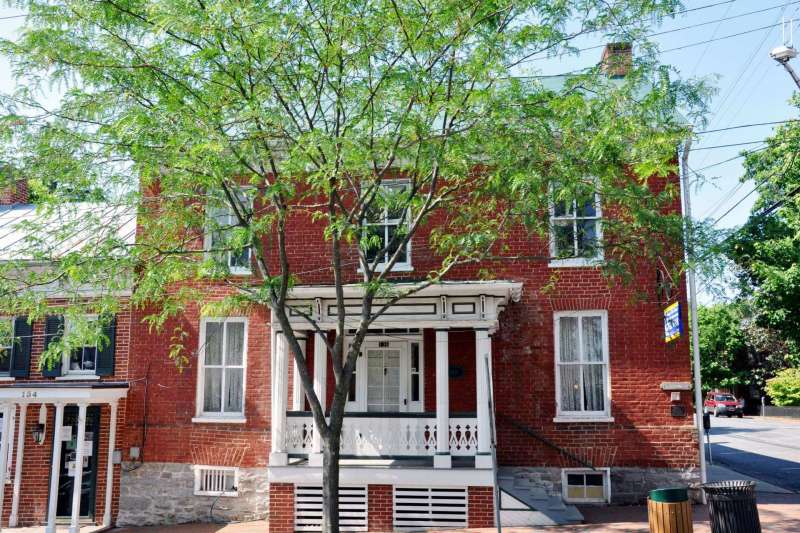 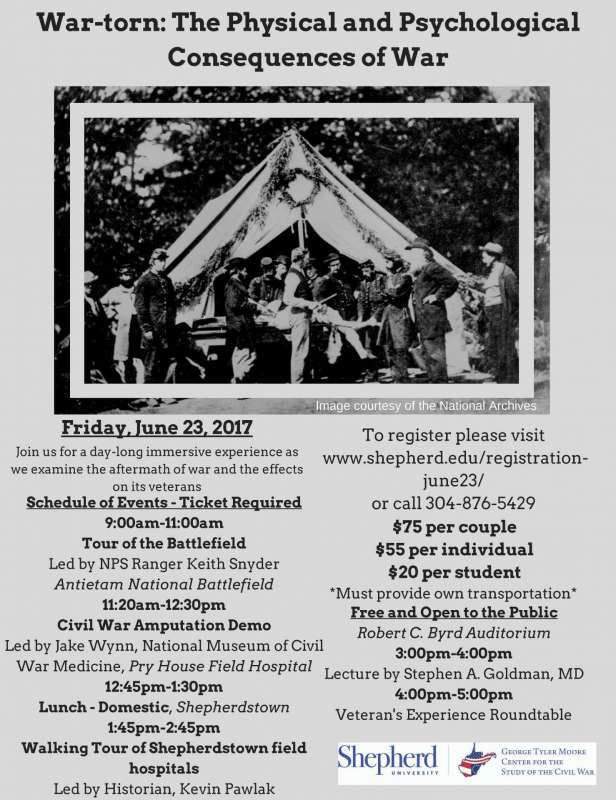