SHEPHERDSTOWN, WV — Shepherd University’s George Tyler Moore Center for the Study of the Civil War is celebrating the 20th anniversary of its annual seminar, The Civil War and American Society Seminar Series, by establishing a scholarship fund that will help Shepherd students attend the event each year.

Dr. James Broomall, assistant professor of history and director of the Civil War center, and Dennis Frye, chief historian at Harpers Ferry National Historical Park and a member of the center’s advisory board, started the scholarship fund. They selected the first two student recipients, Stark David Harbour, Jr., of Water Valley, Mississippi, and Joshua Hughes, of Mechanicsville, Maryland, to attend this year’s seminar, which ran October 7-9.

Frye, a 1979 Shepherd graduate who was a co-founder of the Civil War center when it was established in 1993, said contributing to the scholarship is a way to give back to the school that helped him forge a successful career in public history.

Frye has published 96 articles and nine books on the Civil War. He has appeared in documentaries on PBS, History Channel, Discovery Channel, and A&E, and was associate producer of the movie “Gods and Generals.” Frye said young people are often discouraged from pursuing history in college because there’s a perception that it doesn’t offer much in the way of a career. It’s a belief he wants to discredit.

“I’m proof positive as a proud Shepherd graduate that Shepherd is a great school to learn history,” he said. “The foundation that I received here at Shepherd as a history major learning and honing my writing skills is something that has set me up in an incredibly successful career as a public historian.”

Frye, along with Dr. Tom Clemens, history professor emeritus at Hagerstown Community College and president of Save Historic Antietam Foundation, led this year’s seminar, titled “Fateful Autumn: The Climax of the 1862 Maryland Campaign.” The seminar focused on events that took place at Antietam National Battlefield and at the Battle of Shepherdstown.

Harbour said he chose to study at Shepherd because of its proximity to Civil War sites like these.

“I did my first three years at the University of Mississippi, and the Civil War plays a role at that school, too,” he said. “But they really embrace it here in a way that sometimes they don’t at other places. Shepherd has this center that is devoted solely to research on this topic, and faculty, alumni, and friends of the university and resources that aren’t available at any other school, I believe, in the country.”

Harbour, who plans to go on to graduate school, called getting the scholarship humbling.

“I had been out of school for a while working and taking care of my grandfather,” he said. “To come back to school and have people like Dr. Broomall and Mr. Frye give me this opportunity to spend some time with some professionals in the field is just an amazing experience. I’m honored that they would offer it to me.”

Hughes chose Shepherd after attending a football-recruiting event where Shepherd’s coaches told him about the Civil War studies major. He hopes to eventually work for the National Park Service or in public history.

“I have books on the war and my interest in the war was completely fostered by the time I made my choice to go to college,” Hughes said. “I’m very humbled and happy to have been a part of the seminar. It was an opportunity to learn from professionals in the field.”

This year’s seminar had 42 participants. Frye pointed out that when he attended Shepherd, there was no center and no opportunity to attend seminars like this. He said providing the scholarship allows him to give back and to help young people have a meaningful experience in the national parks.

“I think it’s really important that Shepherd continue to acknowledge its Civil War background,” Frye said. “It’s important for the university to be an active participant in the teaching of the American Civil War, and for the center to be a marketing agent for the school in attracting top-quality students here who are passionate about the study of American Civil War history.”

Frye and Broomall hope their efforts this year will help attract other donors. Their goal is to create an endowment that will allow undergraduate students from Shepherd to attend the seminar every year.

“I think this is an opportunity for growth, that what we’re starting is just the beginning, we hope, of something much larger,” Broomall said.

They are working with the Shepherd University Foundation to create the endowment. For more information, contact Monica Lingenfelter at 304-876-5286 or mlingenf@shepherd.edu. 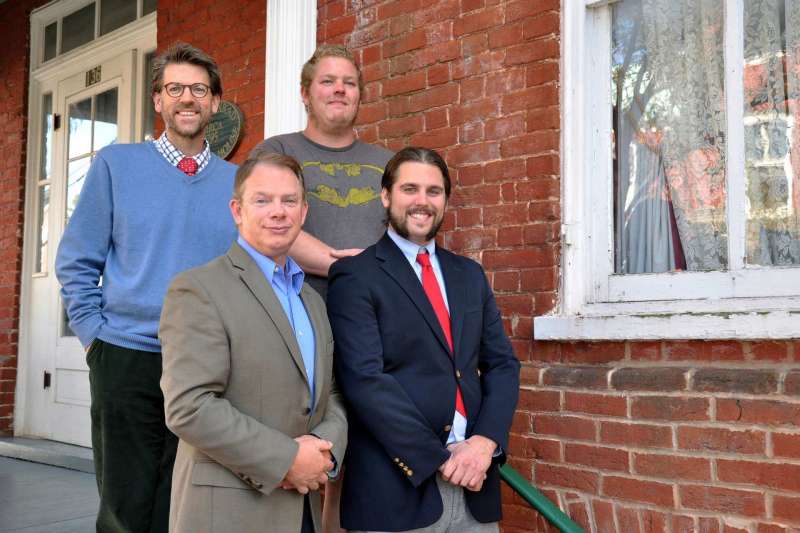