SHEPHERDSTOWN, WV — Shepherd University’s George Tyler Moore Center for the Study of the Civil War has launched a new video series, “Uniquely Civil War,” featuring professional historian Dennis E. Frye. The video series, made possible by a $10,000 Coronavirus Aid, Relief, and Economic Security (CARES) Act Emergency Relief Grant from the West Virginia Humanities Council, allows the center to harness the power of the internet to bring history to the public.

“Civil War learning often is done in two ways, either through book learning via classroom or individually directed, or visitation to a Civil War site. Now both of those have been taken away from us,” Frye said. “You can still read books in the safety of your home but learning interaction with others has been halted and Civil War sites have been closed and many still remain closed. People in the Civil War arena have been yearning for a way to continue to satisfy their appetite for anything associated with the war. That gave the center the opportunity to fill this void and experiment with online programming.”

“That’s the reason we call it ‘Uniquely Civil War,’ because these are unique sites, or unique features on sites, or unique objects that people have never seen or are not familiar with that we want to bring to a viewing population through the internet,” Frye said. “We’ve purposely designed each program to be short, power-packed, and full of information, but very quick bullet-point programs you can watch, quickly grasp, understand, but not be overwhelmed by.”

Examples from the series include a unique landscape at the Antietam battlefield on private property where the entire battlefield is viewable from one location and a unique feature at Fox’s Gap on South Mountain—an original stone wall that was built by Frye’s great, great, great, great grandfather, Peter Beachley, who farmed the eastern slope of the mountain in Frederick County, Maryland. Another episode focuses on a section of the original fence that stood along Bloody Lane in September 1862 during the battle at Antietam. The fence rail is part of the collection at the Douglas G. Bast Museum of History and Preservation in Boonsboro, Maryland.

“It’s shot to pieces,” Frye said. “It’s got bullet holes in it. It’s got bullets embedded in it. It shows you the ferocity and violence of that moment at that fence as all these bullets are flying through the air and many of them striking this particular section of rail. Of course, that meant they weren’t striking flesh. The rail fence probably was saving somebody’s life. You see that and you shudder because you realize that the killing was real and here is a physical embodiment of the Civil War and what it’s real purpose was, which was to kill fellow Americans.”

“We live in an area forever marked by four years of Civil War and defined by a struggle over universal freedom and equality,” Broomall said. “The pandemic has taken so much from so many. For us, it has stopped our ability to create meaningful onsite programming. We have, therefore, continued to reinvent how we think about our mission, reach our audiences, and maintain our programming.”

Broomall said the video format and ability to broadcast on the internet allows the center to expand viewership through social media platforms where it can reach national and international groups who can better appreciate what makes Shepherd and Shepherdstown unique.

“We can virtually transport them to the sites and to the stories that so compel students of the Civil War era,” he said. “They can find more meaning, I think, in the personal and the unusual. It will, I hope, cause them to think more deeply about the national crisis of the American Civil War, prompt them to visit our region and the center when it is safe to do so, and cherish more fully the historic sites and local resources that are so important to this region and its identity.”

Broomall is using the video series in a course he’s teaching, The History of the Old South, and plans to use it in the future in his Civil War and Reconstruction course. The programming itself has been a topic of discussion for students in both the Civil War/Nineteenth Century America and historic preservation/public history concentrations among Shepherd history undergraduates.

The Center had a “soft” opening of the program airing two of the videos through Facebook. Broomall plans to air one video a week on Saturdays for several months. All programs will first air on Facebook, but they are also currently available on the center’s YouTube channel. 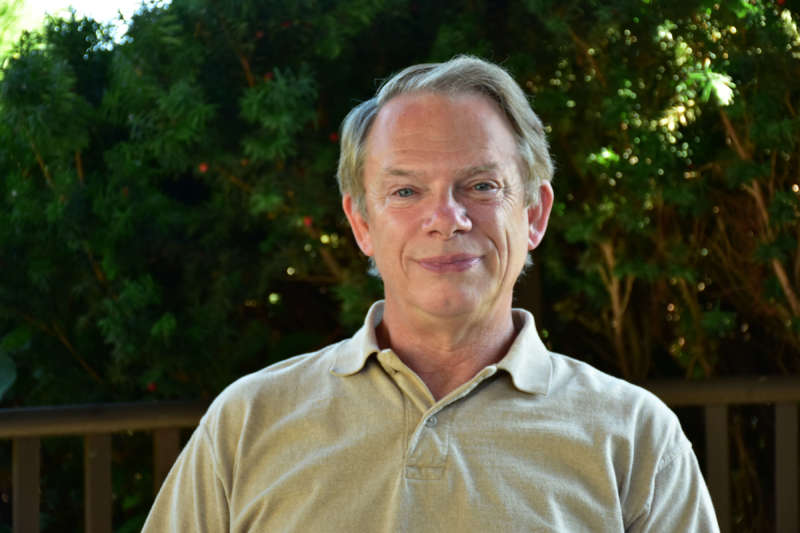