Choral concert planned for March 31 to include Duruflé’s “Requiem”

SHEPHERDSTOWN, WV — The Shepherd University Chamber Singers, Men’s Choir, and Women’s Camerata will present Maurice Duruflé’s “Requiem” and other works on Tuesday, March 31 at 8 p.m. in the Frank Center Theater.

The Chamber Singers will begin the performance with Duruflé’s “Requiem,” which was published in 1947 and incorporates Gregorian chants into the composition. Gary Penkala, music director of Saint James Catholic Church and master organist, will be a special guest for this performance.

The concert will also include performances by the Men’s Choir and Women’s Camerata. They will present music by Eric Whitacre, Gwyneth Walker, Moses Hogan, Stephen Hatfield and more.

The Chamber Singers, under the direction of Dr. Erik Jones, associate professor of music and director of choral activities, is a mostly a cappella ensemble, concentrating in masterpieces of the 20th century. The ensemble is made up of between 20 and 24 students. While most of the members are vocal majors, other music majors and students from around the campus are welcome to audition.

Shepherd’s Women’s Camerata is an ensemble of 30-35 singers, including voice majors, music majors, and students from other disciplines.

The Men’s Choir, under the direction of Dr. Robert Tudor, music department chair and director of vocal studies, is an ensemble of 12-15 students singing jazz, doo-wop, barbershop, and classical male choir literature.

Gary Penkala currently serves as pastoral associate for liturgy and music at the Parish of Saint James the Greater in Charles Town. His awards include first prize in an organ playing and liturgy competition sponsored by the Ministry of Healing, Mercy Hospital, in Pittsburgh, and an award for excellence (east region) in liturgical music presented by the National Association of Pastoral Musicians. He holds a certificate in service playing from the American Guild of Organists.

General admission to the concert is $10; $5 for faculty, staff, Shepherd alumni, senior citizens, and students 18 and under; and free to Shepherd students with a valid Rambler ID and Friends of Music MAC cardholders. Admission and seating is on a first-come, first-served basis and advance reservations are not accepted. The box office opens one hour prior to the performance. For more information call 304-876-5555, or visit www.shepherd.edu/musicweb. 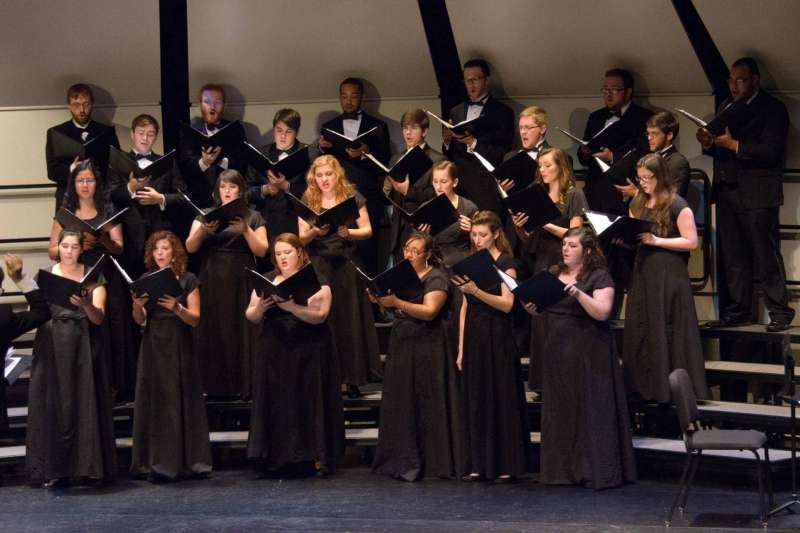