SHEPHERDSTOWN, WV — Shepherd University’s Center for Appalachian Studies and Communities will host a program with Ed Maliskas about the John Brown Farm and the Civil Rights Movement at 7 p.m. on Friday, January 31, in the Robert C. Byrd Center for Congressional History and Education auditorium. Maliskas will share his research for his book “John Brown to James Brown, the Little Farm Where Liberty Budded, Blossomed and Boogied.” The event is free and open to the public.

Maliskas is a writer of local history who became fascinated by the story of Brown and the farm in southern Washington County, Maryland, where Brown trained his men before their October 16-18, 1859, raid on the federal arsenal at Harpers Ferry. The farm was purchased by the Black Elks as a memorial to John Brown and as a gathering place for their civic activities, becoming a prominent spot on the “Chitlin Circuit” that hosted the likes of James Brown, Aretha Franklin, and Ray Charles. Former U.S. Supreme Court Justice Thurgood Marshall was one of the most prominent Black Elks.

Maliskas holds a master’s and a doctoral degree in divinity. His book was published by Hamilton Run Press in 2016. The program will kick off the Center for Appalachian Studies and Communities’ series about African American history, following Affrilachian writer Crystal Wilkinson’s Appalachian Heritage Writer-in-Residence last fall. Four Seasons Books will sell copies of Maliskas’s book as well as related books on the topic.

For more information, contact Dr. Sylvia Bailey Shurbutt, director of the Center for Appalachian Studies and Communities, at sshurbut@shepherd.edu. 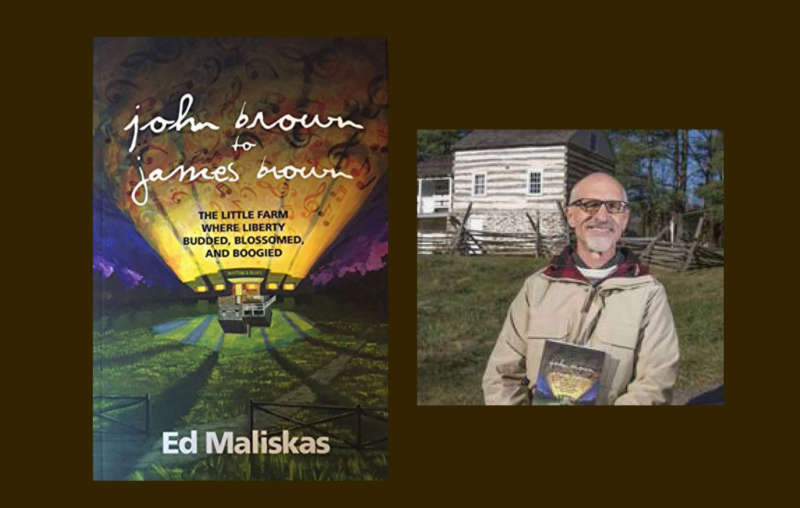