SHEPHERDSTOWN, WV — Carolyn Malachi, a Grammy-nominated singer/songwriter, social activist, and philanthropist, will deliver the commencement address at Shepherd University’s 142nd Commencement on Saturday, May 9 at 1:50 p.m. in the Butcher Center. Admission is by ticket only.

A member of Shepherd’s class of 2006, Malachi will be awarded a doctor of letters honorary degree.

Also honored at the ceremony will be Shepherdstown residents Paul and Lisa Welch, who will receive the President’s Award in recognition of their contributions to Shepherd University and the community.

Carolyn Malachi has been described by MTV as “one of five R&B artists to obsess over” and one of her songs, “Fall Winter Spring Summer,” was named by NPR to its 10 Songs Public Radio Can’t Stop Playing list. She released albums “Revenge of the Smart Chicks” in 2008 and “Revenge of the Smart Chicks II” in 2009. Her 2010 release, the “Lions, Fires & Squares” EP, earned a 2011 Best Urban /Alternative Performance Grammy award nomination for the single “Orion.” She and her music ensemble recently toured Taiwan, China, and New Guinea as part of the American Music Abroad Program.

Malachi earned a bachelor of science in business administration at Shepherd. While at Shepherd, she played center on the women’s basketball team for two years, served on Program Board, and was a member of the Multicultural Leadership Team.

Paul Welch is a clinical nephrologist practicing in the Eastern Panhandle. He retired from the U.S. Army as a colonel in 2004 having served his entire active duty military career at Walter Reed Army Medical Center. During his tenure at Walter Reed, Welch was chief of nephrology, program director for training nephrologists, and consultant to the Army Surgeon General for nephrology. He earned a bachelor of arts degree in biology from the University of Tennessee at Chattanooga and a doctor of medicine and a master of public health from Uniformed Services University of the Health Sciences.

Lisa Welch is a licensed pharmacist who serves as an independent consultant to the pharmaceutical industry. She earned a bachelor of science degree in pharmacy from the University of Texas at Austin and a master of administrative science degree from Johns Hopkins University. She completed a residence in hospital pharmacy at the National Institutes of Health.

In support of Shepherd University, the Welches are patrons of the Contemporary American Theater Festival. They co-commissioned the play “H20,” which had its world premiere in 2013, and co-sponsored the play “On Clover Road,” which will have its world premiere at CATF this summer. The couple established the Paul and Lisa Welch Distinguished Awards Program in 2013 to help prepare Shepherd students and faculty for prestigious scholarships and awards like the Fulbright, Rhodes, and MacArthur. The Welches provided funding for Shepherd’s proposed doctor of nursing practice degree program and for the Paul and Lisa Welch Endowment, which provides funding support to programs that engage the community in the intellectual life of the university.

Other commencement week events include: 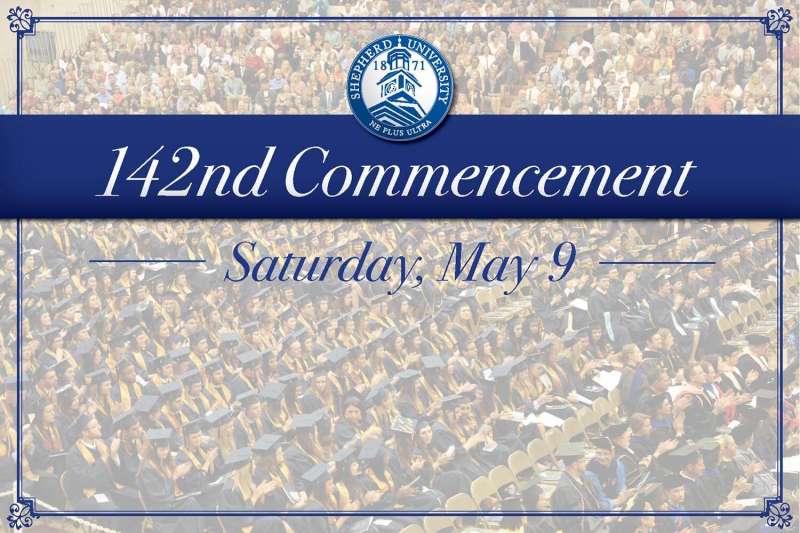