SHEPHERDSTOWN, WV — A Shepherd University nursing education professor will discuss perinatal bereavement during a Faculty Research Forum on Monday, October 24, from 3:30-4:30 p.m. in the Robert C. Byrd Center for Congressional History and Education auditorium. Dr. Doris Burkey, assistant professor of nursing education, will discuss why bereavement education is important for women who suffer a miscarriage, give birth to a stillborn baby, or lose a baby at birth.

“It’s always been something I’ve been very interested in because I’ve had a loss myself,” Burkey said. “I’ve done a lot with perinatal bereavement in various places that I’ve worked.”

Burkey’s doctoral thesis focused on perinatal bereavement. She did a project at a large teaching hospital in West Virginia where she looked at whether patients received bereavement education, with a goal of making sure patients got the education no matter where they entered the hospital.

“I did some education in a preoperative unit where patients had to come to get a D&C, which is a surgical procedure for a miscarriage,” Burkey said. “I did an educational plan with the staff, and also put together pamphlets and educational material for the patients. My goal was to educate the staff so they could educate the patients prior to the procedure. By doing this, patients and families would be able to understand the grief process.”

Burkey said there are often not a lot of resources for women who suffer a perinatal loss and their families.

“It’s difficult for these women and families because if they don’t get this education, they do not understand that what they’re going through is normal and they don’t know how to handle the grief and stress,” Burkey said. “Suffering perinatal loss can actually lead to more significant psychological problems, such as severe depression, even to the point of committing suicide.”

The education process involves telling parents who suffer miscarriage what the stages of grief are so they understand that what they’re feeling is perfectly normal. Burkey said this kind of education is usually available for those who lose full-term babies, but not always for women who suffer a miscarriage.

“What the public and what a lot of health care providers don’t understand is—to that woman and that family, even if they’re only 10 weeks pregnant, that’s still a loss and still a baby to them,” she said. “They go through the same grieving process that someone goes through who has lost a full-term baby.”

Burkey said the prenatal care that is standard today was not available years ago, so often when women miscarried no one knew about it.

“Now because of ultrasound and early prenatal care, these women know ahead of time,” Burkey said. “They know they’re pregnant, and even if they’re only three or four weeks along, it’s still a loss and it has to be treated like a loss.”

Burkey said educating health care providers changes the outcomes of how people react to that loss. She hopes those who attend the Faculty Research Forum, which is free and open to the public, will learn more about how they can support friends and family members who suffer a perinatal loss. 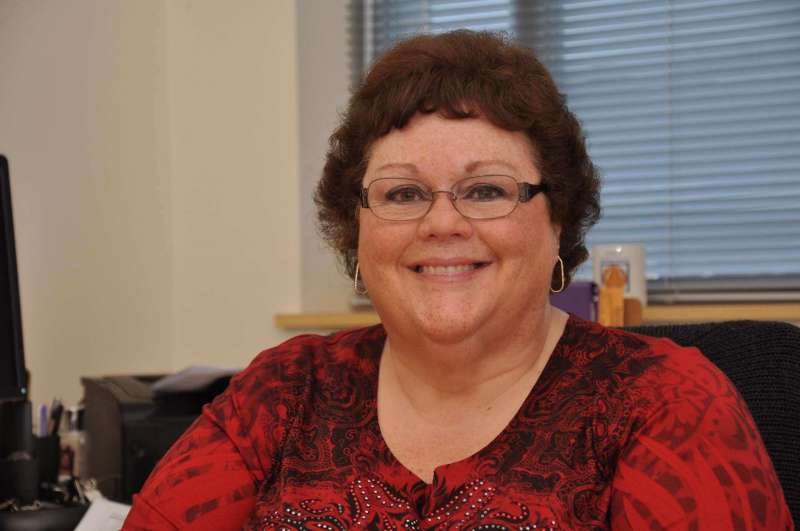