“I am so honored to be one of the first recipients of the BrickStreet Scholars Program,” said Napier, who currently holds the highest GPA in Shepherd’s nursing program.

“This scholarship means so much more to me than money. It means that I have people out there who believe in me, and I want to show my appreciation for their support by striving to do my best in nursing school.”

Created after the privatization of West Virginia’s workers’ compensation program, BrickStreet Mutual Insurance Company assists West Virginia workers and employers by improving the medical and compensation benefits for workers who are injured on the job while reducing costs for employers.

“Helping families of injured workers in West Virginia is something our board feels very strongly about, and we want to give back to the communities in which we live and work,” said Burton. “This is a fundamental part of our core values at Brickstreet.”

BrickStreet’s donation will permanently endow the BrickStreet Scholars Program providing 10 academic scholarships each year. Special preference will be given to children or grandchildren of workers who have experienced work-related injuries or death. Other awards will go to students majoring in math, nursing, and education. BrickStreet employees will participate in the selection process through a scholarship committee which will include Shepherd representatives.

Following the campus reception in the atrium of Erma Ora Byrd Hall, Napier, Sperry, and Winpigler joined Burton and a small group of Shepherd University faculty and Board of Governors members as President Hendrix’s guests at a private dinner party held at the Bavarian Inn.

“By investing in the education of Shepherd students, BrickStreet becomes part of our future, our legacy, and our success, and most importantly, our partner in training the next generation of leaders, innovators, and model citizens,” said Hendrix. “These scholars’ lives will be enriched and they, in turn, will touch the lives of countless others in the world as they become our new teachers, mathematicians, nurses, and more.” 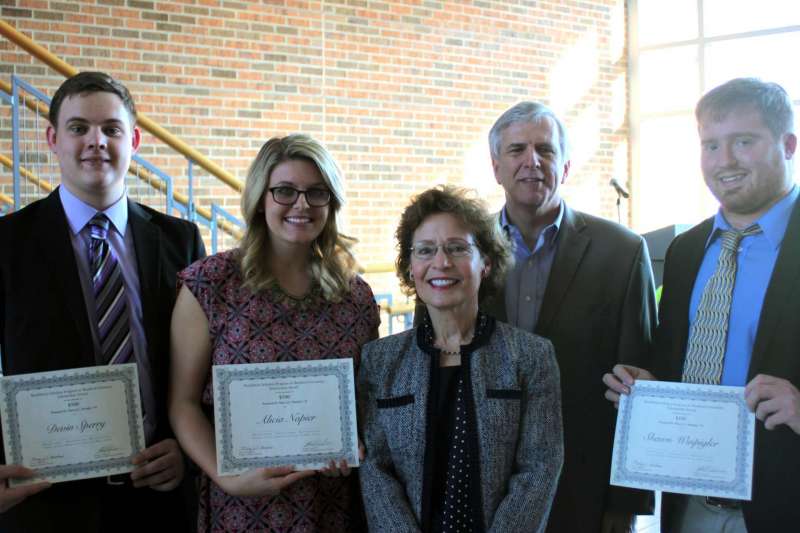