SHEPHERDSTOWN, WV — Shepherd University student Brianna Maguire, an English major and marketing minor from Paw Paw, has received a $1,000 scholarship from the Appalachian Studies Program for her work as one of the editors of the “Anthology of Appalachian Writers, Wiley Cash Volume X.”

Maguire, who hopes to become a professional editor, also co-authored with Dr. Sylvia Bailey Shurbutt, professor of English and coordinator of the Appalachian Studies Program, the Wiley Cash interview in the book. The Anthology contains an essay by Maguire titled “Insiders and Outsiders: Reclaiming Our Story,” which Shurbutt believes will be particularly interesting to readers because of the current controversy over J. D. Vance’s bestseller “Hillbilly Elegy.”

“Brianna’s work as an editor is really outstanding,” Shurbutt said. “She is perceptive, immensely knowledgeable, and is one of the best writers in the English department. She also understands the power of language and its importance in creating the stereotypes and images that can help or harm.”

Maguire plans to participate in the Alternative Spring Break program, traveling into some of the economically distressed counties of West Virginia to work with the Coalfield Development Corporation’s Brandon Dennison, a Shepherd alumnus recently named as West Virginian of the Year for his work in economic and educational revitalization in the state.

Maguire was nominated for the Shepherd University Phenomenal Woman Award in 2017 for her work editing the campus literary magazine “Sans Merci,” organizing the Shepherd University Literary Conference, serving as president of the English honor society, Sigma Tau Delta, and serving as a tutor in the Academic Support Center. Maguire has an almost perfect GPA (her only B was in a calculus course) and will be an early graduate of Shepherd, finishing her degree at the age of 19 in May.

Other editors of the “Anthology of Appalachian Writers” are David O. Hoffman, Appalachian scholar and educator, and Natalie Sypolt, Appalachian fiction writer and teacher. 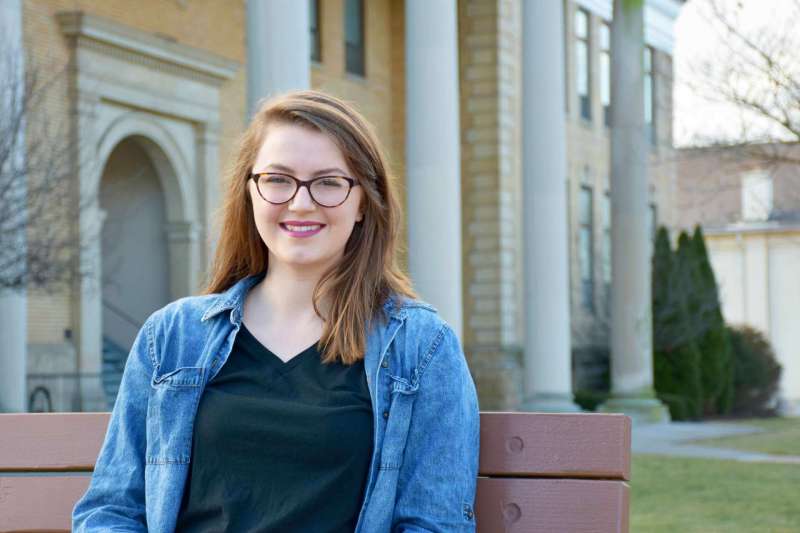