SHEPHERDSTOWN, WV — Maps donated to the George Tyler Moore Center for the Study of the Civil War through the Shepherd University Foundation by Bonnie and Bill Stubblefield will give researchers and others interested in the Battle of Antietam a clearer picture of the military movements that took place on September 17, 1862.

The maps are copies of those created on behalf of the Antietam Battlefield Board. Surveys were done by Lt. Col. E.B. Cope, engineer, and H.W. Mattern, assistant engineer, of Gettysburg National Park. The maps were drawn by Charles H. Ourand and troop positions were done by Ezra A. Carman, a New Jersey Civil War officer who led his regiment at the Battle of Antietam and who, beginning in 1894, served as a historical expert for the Antietam Battlefield Board. The maps were published by the authority of the Secretary of War in 1899 and reissued in 1904.

“Each map details a phase of the battle starting early in the morning and ending in the early evening,” said Dr. James Broomall, Civil War center director. “The maps plot out where regiments lined up on the field and at what time. Taken together, they narrate the action over the course of the bloodiest day in American history.”

The National Geodetic Survey (NGS) maps were given to Bill Stubblefield in 1999 when he retired as director of the National Oceanic and Atmospheric Administration Commissioned Corps. Stubblefield said the NGS dates back to Thomas Jefferson’s days and was responsible for making nautical charts and surface topography maps.

“They were kind enough to give me a series of 11 of these maps that depict the various times of the Civil War starting very early in the morning and proceeding during the day of the battle of where the battalions were located and how the various battles were manipulated,” Stubblefield said. “Through the George Tyler Moore Center, a lot of people will have the opportunity to study and understand the battle much better. It’s most appropriate for them to be in a public depository as opposed to our private hands. The more people can share these gems, the better.”

Copies of the maps are already helping visitors to Antietam National Battlefield visualize what happened 158 years ago.

“The Antietam Battlefield board maps are an invaluable and essential resource tool for the restoration and interpretation of Antietam National Battlefield,” said Keith Snyder, chief ranger at Antietam. “Not only do they serve as the primary source for troop locations, the base map is a critical reference for the historic terrain that was here in 1862 that we strive to preserve. We use them in the interpretive division to answer any question about the battle, specifically who was where when. We have copies of the maps for every regiment so that when a visitor requests information about where their relative fought we give them a copy of that section and they can literally walk in the footsteps of their ancestor.”

Snyder said the base map shows every fence and field that existed at the time of the battle.

“We use that for the restoration of the park,” Snyder said. “Our primary mission is to preserve and restore the battlefield to its 1862 appearance, and these maps provide that data not found anywhere else.”

“Maps such as these were highly important in the postbellum era as the details of the war were being narrated and histories being written,” Broomall said. “Battles were chaotic experiences and piecing together the action became the focus of the government and veterans after the fact. Thus, the maps were part of a broader exploration of visualizing civil war.”

A framed map is on display at the George Tyler Moore Center for the Study of the Civil War. Unframed maps will be archived and researchers will have access to them. 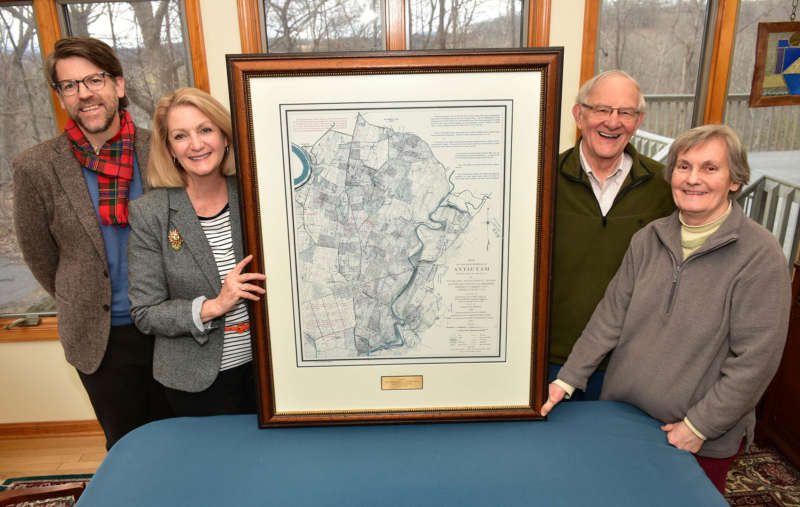 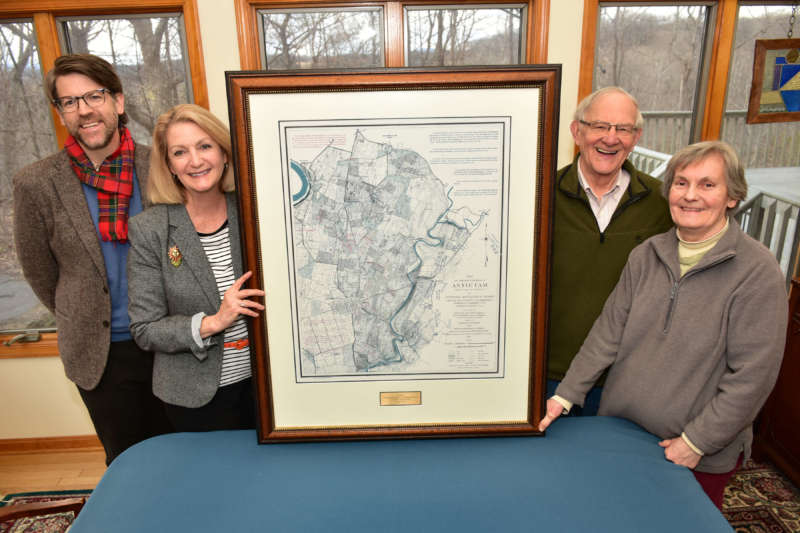