SHEPHERDSTOWN, WV — This season’s Performing Arts Series at Shepherd University (PASS) begins Thursday, August 28 at 8 p.m. with a performance and discussion in the Frank Center by blues musician Guy Davis and The High Flying Rockets.

Davis is the son of Ruby Dee and Ossie Davis, who were actors, writers, and social activists. Rachel Meads, PASS program director, calls Davis an important and great American artist.

“He is a wonderful human being and I think that’s what makes him even more appealing to our community because people connect with him,” Meads said. “It’s not a distance performance, it’s very intimate and personal and you feel like you have a friend performing with you.”

Davis’ parents were involved in the Civil Rights Movement, which Meads said gives him an interesting perspective on that era in U.S. history.

“Growing up in that environment has really shaped who he is and I love in the residency work he talks about that,” Meads said. “When you talk with someone who actually lived that experience and who watched his parents go through these experiences, and his grandparents, it’s tremendously powerful, and I think it makes it real, especially for younger students.”

While he’s at Shepherd Davis will do a special workshop for students at the Harpers Ferry Job Corps, which is not open to the public, and and will do an artist talk-back after his performance Thursday night where he will answer questions from members of the audience.

Davis’ appearance is one of seven performances planned in the 2014-15 season. Other events include:

Each year Meads tries to fill the PASS program with performances that students wouldn’t normally have the opportunity to experience, with an emphasis on international artists. And she hopes faculty members will encourage students to attend the performances and will makePASS part of the curriculum.

“I really look at it as part of your cultural literacy,” she said. “It’s a way of engaging students in thinking about the globe, not just themselves and where they come from.”

Many of the PASS program artists also give presentations to students at area public schools and, in some cases, students from the elementary, middle, and high schools come to Shepherd’s campus to see an artist.

“I’m looking forward to seeing how people respond to this season,” Meads said. “I think it’s really an exciting dynamic one.”

Tickets for Guy Davis and The High Flying Rockets are $10 for adults, $8 for seniors and Shepherd staff, $5 for children under 18, and free for Shepherd students. For ticket information contact the Shepherd University Bookstore at 304-876-5219 or visit www.shepherdbook.com. 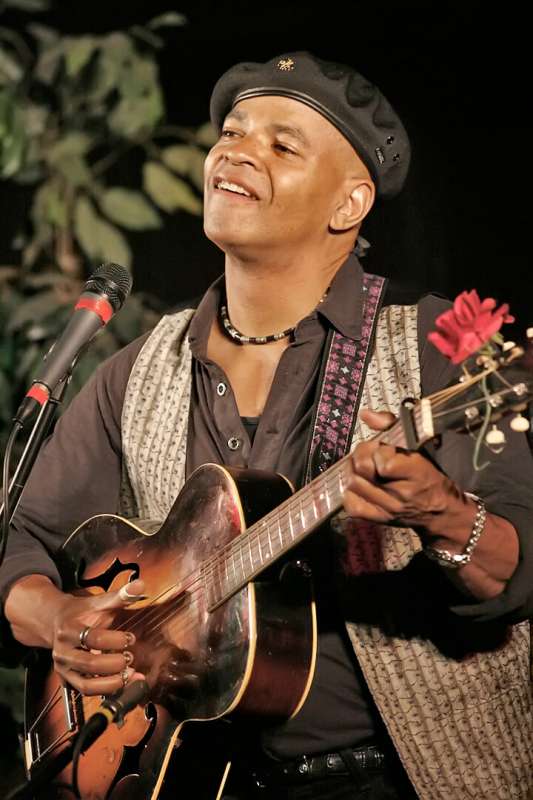