SHEPHERDSTOWN, WV — After graduating from Shepherd University in 2008, photographer Vanessa Rees went to New York City where she completed her master’s and started work at a 9-to-5 job and hated it. She needed a creative outlet. So after work she would pick up her camera and shoot into the night and write a blog featuring her photos, VK Rees Photography. She built a following which led to freelance jobs, and eight months later she was able to quit her job and now runs her photography company VK Rees.

“The goal is to find photography that complements, uses the aesthetic, and tells the story,” she said and often works with a food stylist and prop stylist to make that happen. “I make sure the client and I are on the same page and that we have an understanding of where they’re coming from and what their voice is.”

Rees credits social media with growing her audience and clients contacting her for jobs. She said she does not do any other marketing and that all her jobs come through her blog. And whether she is shooting sugar-dusted cookies for holiday cards or fresh salads for a cookbook, she finds satisfaction in making beautiful things.

“It’s a fun job trying to make something fun to look at, good to look at, something you like,” she said. “Food is about so much more than food itself–it’s about who you’re with, who taught you the recipe.”

Growing up in Blacksburg, Virginia, she admits she wasn’t a good student and preferred hanging out in the art room to her scheduled classes but decided in her junior year to focus on long-term goals and began to look for colleges.

She said she fell in love with Shepherd after visiting campus. “The town was charming and the classes were the right sizes, so I applied, and I was rejected. It was terrible,” she said. “I was devastated because I knew I wanted to come to Shepherd, and I knew it was the right place for me.”

Just before her high school graduation, her application was reconsidered, and she was accepted.

“Thankfully, because I came here and I met my boyfriend of eight years and all my best friends,” she said. “But most importantly I got a kick-ass education that totally set me on my career path.”

Rhonda Smith, chair of the department of contemporary art and theater, said Rees approaches her life, work, and education with openness and a willingness to meet all challenges. She remembers her required senior exhibit.

“Success comes to those who seek it and Vanessa Rees sought it. She was seeking success even as a student. She didn’t wait for opportunities to find her, she went looking for people and places where she could have a chance to demonstrate her abilities, build her resume and learn within a professional context,” Smith said.

Rees said she received an amazing education at Shepherd. “I went to New York afterward, and I was just amazed at how people who went to some of the top art colleges didn’t know more than I did. I got a top-notch education for like a tenth of the price,” she said.

Rees returned to Shepherdstown from Brooklyn in early December to talk to a group of mostly photography students about her work and career.

“As a graduate of our program, she reaffirms Shepherd University as a creative incubator that has helped launch students into productive and rewarding lives,” Smith said.

Rees said when she thought about what to talk about she remembered her time as a student at Shepherd and what she would have liked to have known. She told the audience that it is possible to make a secure living as a freelance photographer and explained the steps to getting there.

“Never stop photographing,” she said. “And then put your stuff on social media and then, I swear, it will happen. I’m not kidding.”

See Rees’s portfolio at www.vanessarees.com and read her blog at www.vkreesphotography.com. 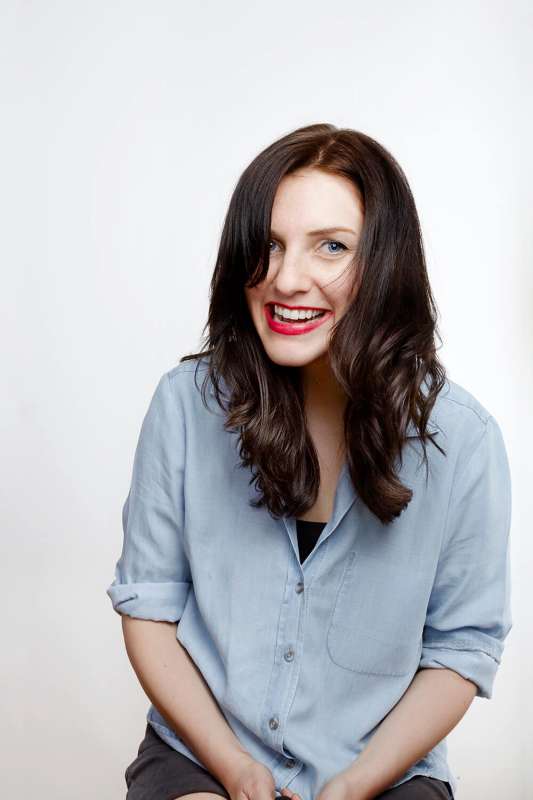